Leaders and Best: Milestones in the history of women in medicine at U-M

From the first women admitted alongside men at a major medical school, to the training ground for the first female Surgeon General

One hundred and fifty years ago this month, a milestone in American medical history happened on the University of Michigan campus. 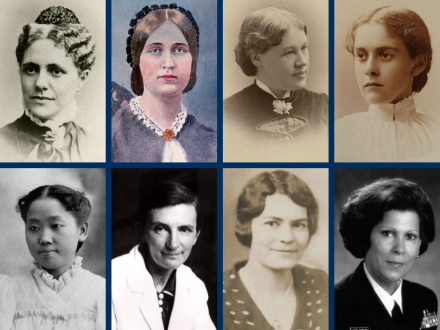 At their March meeting, the U-M Board of Regents was asked to consider allowing women to study medicine alongside men – something no other university had yet allowed.

Though it took them until July to approve the idea, that decision paved the way for the first female medical students in America to earn their medical degrees not in a separate medical college for women, but in the same setting as men.

As part of the celebration of Michigan Medicine’s history and heritage, and in honor of Women’s History Month, here are some other key highlights from the role of women in the institution:

January 1870: The U-M Board of Regents passed a one-sentence resolution that paved the way for women to enroll. It read: “That the board of regents recognize the right of every resident of Michigan to the enjoyment of the privileges afforded by the University; and that no rule exists in any of the University statutes for the exclusion of any person from the University, who possesses the requisite literary and moral qualifications.” One month later, U-M’s first female student in any discipline, Madelon Stockwell, arrived on campus.

March 1870: The Regents are asked to consider the education of women as medical students, but on the condition that the female students receive some aspects of their education separate from male students, or that a separate women-only medical college be established.

July 1870: The Board of Regents formally approves the education of women as medical students, providing additional funds to compensate professors for teaching extra lectures to female students.

Fall 1870: The first 18 female medical students enroll, but they take all their classes except one apart from men. Five of the women had trained together at the New England Hospital for Women and Children in Boston, and arrived as a group of friends.

One of them, Emma Call, later wrote, “The first class of women...were naturally the objects of much attention critical or otherwise (especially critical) so that in many ways it was quite an ordeal. I believe that only one of the medical faculty was even moderately in favor of the admission of women, so that it speaks well for their conscientiousness when I say (with possibly one exception) we felt that we had [a] square deal from them all.” 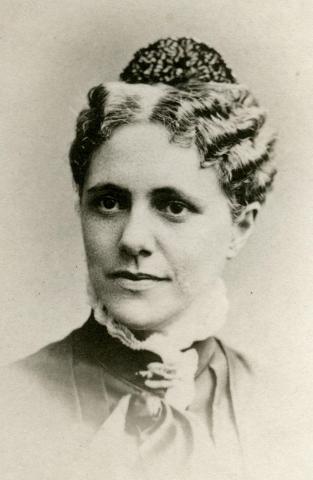 1871: One of the group of five friends, Amanda Sanford, becomes U-M’s first female medical graduate, receiving her degree with highest honors but enduring jeers and thrown paper when introduced to present her research paper at the March ceremony.

The first women to graduate with pharmacy degrees from U-M, Amelia and Mary Upjohn, receive their diplomas in June. 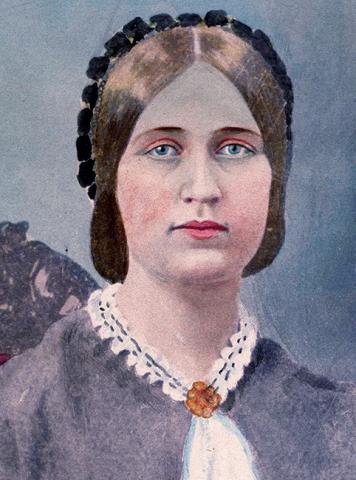 1872: Sarah Gertrude Banks, known as Gertie, a native of Walled Lake, Michigan, graduated with her MD. She went on to become one of Detroit’s most prominent physicians, caring for everyone from Henry Ford’s wife Clara to the poorest women and children. She fought for women’s suffrage.

1874: After just a few years of educating female medical students separately from men, the decision is made to combine the classes. 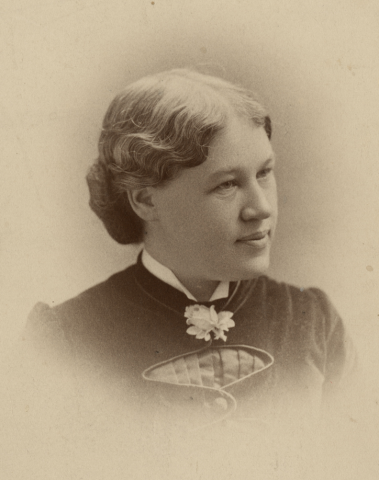 1875: Eliza M. Mosher graduates with her medical degree, having entered in 1871 and worked as anatomy demonstrator, including in front of the men’s class. After graduation, she left to practice in New York. She returned to U-M in 1896 as the university’s first female faculty member, serving as both a professor of hygiene and the first dean of women. The Mosher-Jordan residence hall is named for her and Myra B. Jordan, who succeeded her as dean of women.

1876: The university’s first female employee to appear on the state payroll, Kate Crane, is hired as an assistant in the Chemical Laboratory, with a salary of $500 a year. An 1874 graduate of the pharmacy program, which was then part of the College of Literature, Science and the Arts, she’s listed as an accountant and dispenser of chemicals for the laboratory, where medical students and others learned to prepare medications.

1878: The first African-American woman to graduate from any part of U-M is Grace Roberts, M.D., who earned a degree from the homeopathic medical school that had been founded at U-M in 1875. (The school and its hospital closed in 1922.)

1880: Martha Hughes graduates from the Medical School, having been chosen by the Church of Latter Day Saints as one of four women “set apart” for the medical profession. She practiced in Salt Lake City, and married polygamist Angus Cannon, whom she later defeated in a state Senate race, becoming America’s first woman to be elected as a state senator in 1896.

1883:  Mary Hancock McLean receives her MD from Michigan, and goes on to become one of America’s first female surgeons, practicing in her native St. Louis until weeks before her death in 1930. 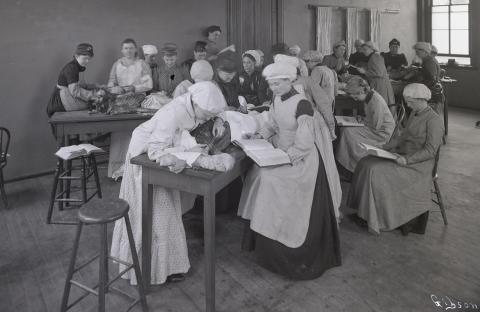 Female medical students learning anatomy in a separate class from men, circa 1890 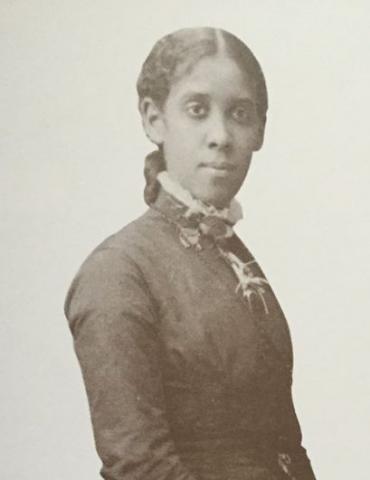 1885: Sophia Bethena Jones, M.D., becomes the first African-American woman to graduate from the U-M Medical School. She came to Michigan from Canada, frustrated with the University of Toronto’s limited medical training program for women. After graduation, she became the first African-American to join the faculty of Spelman College, and established its nurse training program before going on to practice medicine in St. Louis, Philadelphia and Kansas City.

1889: When the Medical School opens a new dedicated building for anatomical training, it includes a separate area for female students – informally known as “hen medics.”

1891: The Board of Regents approved the creation of a training school for nurses at the newly opened hospital complex on Catherine Street, under the Medical School’s umbrella. The first six students, all women, enroll the same year.  The forerunner of the School of Nursing, it became a degree-granting program in 1919. 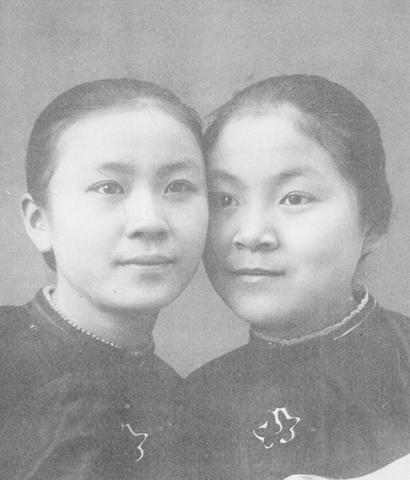 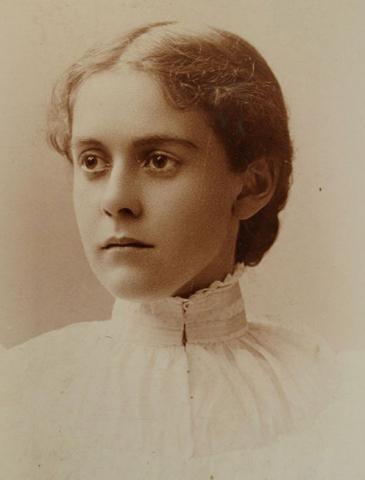 1893: Alice Hamilton, who would go on to become the first female professor at Harvard University and a national leader of the new field of occupational health, graduates from U-M with her medical degree. She later wrote, “as a doctor I could go anywhere I pleased—to far-off lands or to city slums—and be quite sure I could be of use anywhere.”

1897: Edna Day receives U-M’s first master’s degree in hygiene, the program that was the forerunner of today’s School of Public Health.

1898: With Ann Arbor’s African-American population beginning to boom, Katherine Crawford, M.D. sets up her medical practice on Fuller Street – one of about 150 licensed African-American female physicians in the country.

1900: After 30 years of women studying medicine at U-M, 394 women had graduated with medical degrees.

1902: The Women’s Research Club formed, because women had been refused entry into the Junior Research Club founded for younger teaching and research staff. Lydia Maria DeWitt, M.D., an 1898 Medical School graduate who had joined the faculty as a histology researcher and teacher after graduation, was elected the first president. The club provided an environment for women who conducted scientific research, or were pursuing scientific studies, to present and discuss their work. 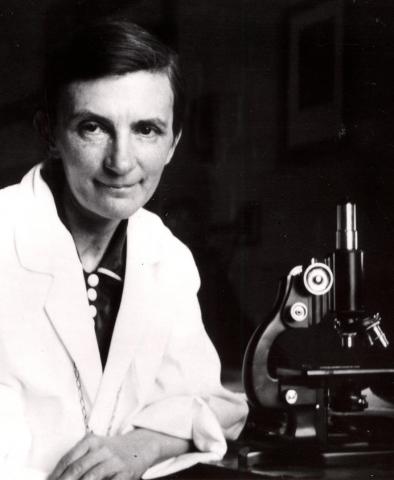 1920: Elizabeth Crosby, Ph.D., joined the Medical School anatomy faculty, and in 1936 became the first woman to become a full professor. She taught and performed advanced research in neuroanatomy at U-M until 1963, and received the National Medal of Science in 1980. 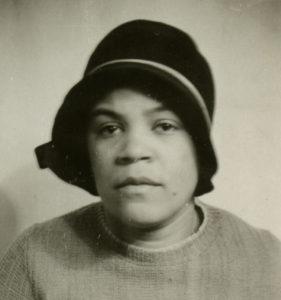 1924: Marjorie Franklin enrolls as the first African-American student at the U-M Hospital School for Nurses (what we now know as the School of Nursing). She was initially denied university-provided housing because of her race, but fought for the right to live on campus and was allowed to live in the new Couzens Dormitory when it opened in 1925. Read more about the housing challenges facing female students of color here.

1934: Kathleen Shingler Weston, M.S., graduates from the Medical School with her master’s degree in anatomy and genetics, and goes on to become a prominent toxicologist who worked on the Salk polio vaccine at the Parke-Davis pharmaceutical company. 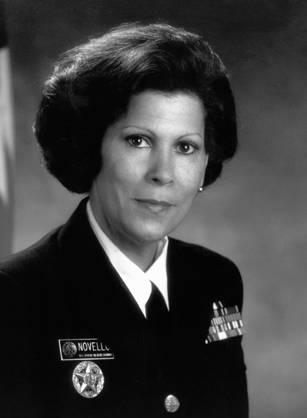 1974: Antonia Novello, M.D., trains in nephrology and pediatrics as an intern and resident at U-M. She went on to become the first female and first Latinx Surgeon General of the United States.

1981: Alexa Canady, M.D., a graduate of the Medical School, becomes the first African-American female neurosurgeon in the U.S.

2019: 60% of the entering class of U-M medical students identify as female.

For more about the history of what we now call Michigan Medicine, visit http://uofmhealth.org/history