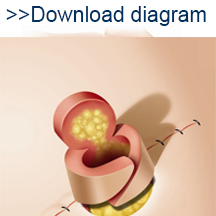 Nipple and areola (the dark circle around the nipple) reconstruction is completely optional. Some women want only the shape of the breast to fill a bra, and decide they don't need a nipple.  Nipple reconstruction will allow a more near match to your natural breast, allowing an even appearance while bra-less. Unfortunately, this does take an additional surgery and, depending on where donor skin is taken for the procedure, an additional small scar.

If you choose to surgically reconstruct the nipple, there are several options. One common option is to use the skin of your reconstructed breast. The surgeon can take a small flap of skin from the breast, and "cone" it into a new nipple. Because the nerves aren't connected in the reconstructed breast, most women do not feel much pain with this surgery.

Options to reconstruct the areola involve taking skin from a different part of the body and sewing it to the new nipple on the reconstructed breast. The surgeon can take an oval of skin from the outer edge of your mastectomy scar or from the edge of the donor scar on your abdomen (if you have this kind of breast reconstruction). The advantage of using this skin is that you won't have any new scars. The surgeon can also take skin from the inside of your thigh or from just below your hip bone. You may be sore for up to two weeks at the place from which the skin was taken. However, most women have very little discomfort at the site of the reconstructed nipple. Another option is to reconstruct the nipple as described above and have the skin around it tattooed to a darker color to make an areola.

In all procedures, you will not have much or any feeling in the new nipple. These surgeries can be done on an outpatient basis in under two hours, with local or general anesthesia. Most doctors will ask you to wait a week after the surgery before driving or working.

After you have healed, you can have the new nipple and areola tattooed to match the color of your other nipple. Often it takes two or three sessions to color the whole area evenly. Tattooing takes about an hour and can be done in the doctor's office. You can usually go back to work the same day. Most women can hardly feel the tattooing being done, but you may ask your doctor about options for managing the potential pain.

A non-surgical option is to apply removable nipples that stick on with adhesive. These rubbery tips are shaped like a semi-erect nipple and the color and texture are quite lifelike.

If you are ready for a consultation about breast reconstruction or additional procedures after reconstruction, call 734-998-6022 and schedule an appointment with one of our specialty plastic surgeons.

END_OF_DOCUMENT_TOKEN_TO_BE_REPLACED 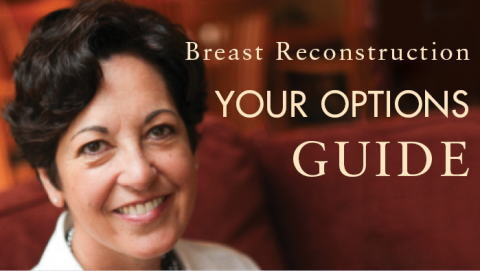