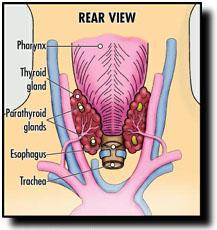 Primary hyperparathyroidism is caused by abnormal growth of cells within the parathyroid gland. In most cases a single gland is involved, but 15-20% of the time multiple glands are abnormal. In 99% of cases, these are non-cancerous growths. Parathyroid cancers often present with very high calcium levels (often >13mg/dL) and have slightly different appearances on imaging studies. Parathyroid disease can be due to genetic abnormalities, passed from one family member to another. Genetic syndromes affecting the parathyroid glands include multiple endocrine neoplasia syndromes (MEN) I and IIA.

What Are the Symptoms of Primary Hyperparathyroidism?

Signs and symptoms of primary hyperparathyroidism can range from none or very mild to extremely serious. Measurable signs of abnormally functioning parathyroid glands may include:

Some patients develop symptoms that can be difficult to determine if they are from parathyroid disease or other problems that can cause similar symptoms. These symptoms may include:

How Is Primary Hyperparathyroidism Diagnosed?

How Do We Locate Abnormal Parathyroid Glands?

Ultrasound uses sound waves to generate images. It is painless and can be performed in the office by your surgeon. Many times, if an obviously enlarged parathyroid gland is identified, no other imaging is necessary and a minimally invasive surgery can be performed.

Sestamibi scans are imaging studies done in the Nuclear Medicine area of the Radiology department. 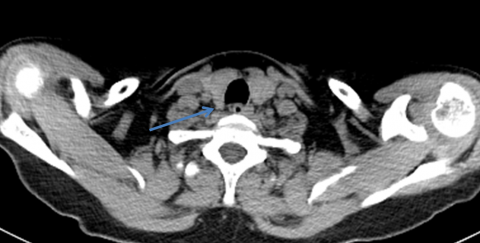 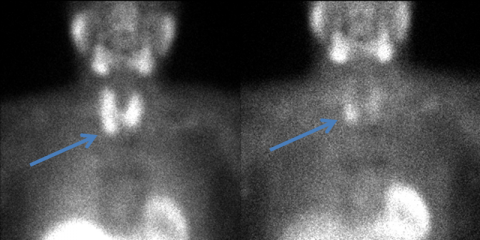 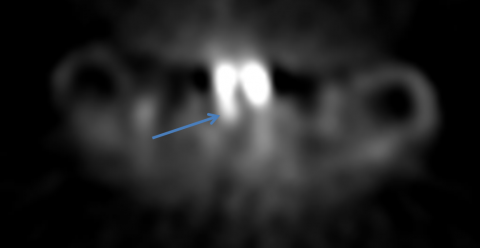 Pictures are taken twice—about 10-20 minutes after the tracer is injected and again 2 hours later. CT imaging is also done at the same time to better see the area of increased tracer uptake. This study can increase our ability to localize any abnormally functioning parathyroid adenomas. It is a routine procedure– all the patient has to do is lie still on a table for a few minutes.