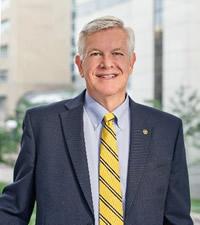 Marshall S. Runge, M.D., Ph.D., is executive vice president for Medical Affairs at the University of Michigan, Dean of the Medical School, and CEO of Michigan Medicine. Prior to joining the University of Michigan in March 2015, he was executive dean and chair of the Department of Medicine at the UNC School of Medicine. He was also principal investigator and director of the North Carolina Translational and Clinical Sciences (NC TraCS) Institute at UNC-Chapel Hill. Before joining the UNC faculty in 2000, Dr. Runge held the John Sealy Distinguished Chair in Internal Medicine and was director of the Division of Cardiology and the Sealy Center for Molecular Cardiology at the University of Texas Medical Branch at Galveston.

Dr. Runge earned his doctorate in molecular biology at Vanderbilt University and his medical degree from Johns Hopkins School of Medicine, where he also completed a residency in internal medicine. He was a cardiology fellow and faculty member at Harvard’s Massachusetts General Hospital before joining Emory University as an associate professor of medicine in 1989. 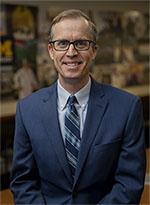 Dr. Miller is a Professor in the Department of Urology and maintains a clinical practice that focuses on the diagnosis and management of patients with prostate cancer.

In addition to his clinical practice, Dr. Miller served as Director of the Michigan Urological Surgery Improvement Collaborative (MUSIC) 2011 through 2020. Funded by Blue Cross Blue Shield of Michigan (BCBSM), MUSIC is a consortium of more than 40 urology practices aiming to improve the quality and cost-efficiency of urological care in the state of Michigan. 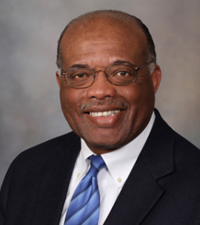 Kedrick D. Adkins, Jr., is the former Chief Financial Officer for the Mayo Clinic, where he was directly responsible for Contracting and Payer Relations; Enterprise Revenue Cycle; Finance in Arizona, Florida and the Midwest; Financial and Accounting Services; Mayo Clinic Ventures; Supply Chain Management; and Treasury. Prior to the Mayo Clinic, Kedrick served seven years as president of Integrated Services for Trinity Health, providing oversight of the complete span of finance, treasury, information technology, supply chain management, operations, performance leadership, insurance and risk management, integration services, and payer and product innovation across the 10 states in which Trinity Health operated. Prior to that, Kedrick spent 30 years at Accenture, a global management consulting firm, where he held roles as global managing partner for the Health Care Practice, global chief diversity officer and country managing director, U.S. Operations.

Kedrick holds an MBA in Finance and Accounting and a B.S. in Industrial and Operations Engineering from the University of Michigan, Ann Arbor. 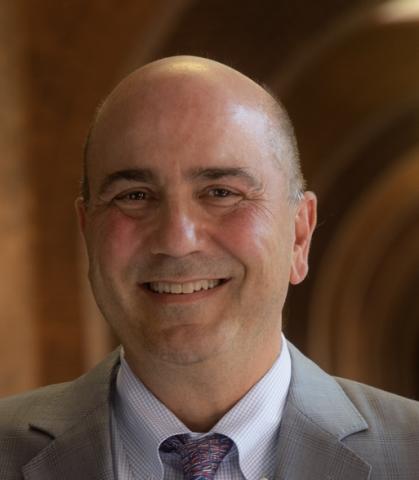 Prior to joining U-M, Mr. Chatas served as the senior vice president and chief operating officer for Georgetown University, where he was responsible for a budget of $1.3 billion and more than 3,000 staff members. While at Georgetown, Mr. Chatas has served as the chair of the Executive Leadership Committee, co-chaired a Health Sciences strategic review and led planning for a new downtown Washington, DC, campus.
He previously served as the senior vice president for business and finance and chief financial officer for The Ohio State University, overseeing a $6 billion budget and an organization of more than 2,000 staff members. At OSU, he developed innovative financial structures to raise capital and created a successful private sector partnership on energy assets, developing an approach that other higher education institutions have since emulated in their efforts to reduce carbon emissions.
In 2015, Mr. Chatas was appointed by Gov. John Kasich to run Ohio’s Task Force on Affordability and Efficiency in Higher Education, a group comprised of nine members tasked to examine ways for Ohio’s public colleges and universities to lower tuition costs. Prior to his career in higher education, Mr. Chatas served as managing director for the Infrastructure Investment Fund at JP Morgan Asset Management and served in various finance roles at Progress Energy, Inc., American Electric Power, Banc One Capital Corporation, and Citibank.
Geoffrey Chatas received his BA in history and economics from Georgetown University, his MPhil from Oxford University in history, and his MBA from INSEAD (the European Institute of Business Administration). 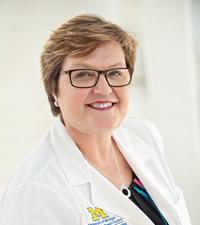 She is nationally recognized as an expert in defecation disorders, surgical education, and reconstructive surgery.   Working with a multidisciplinary team, her major contributions have been on understanding how birth injuries impact pelvic floor disorders and developing new and novel treatments for accidental bowel leakage. She has received NIH support over the past 20 years and published more than 100 peer-reviewed articles and chapters.

Throughout her career she has been a champion for the inclusion and advancement of women in medicine and leadership.  Dr. Fenner has received numerous awards for her contributions as a physician surgeon, educator, and leader.  In 2014 she was given the Sarah Goddard Award by the University of Michigan for Leadership in the advancement of women. She was recognized with the Lifetime Achievement Awards from the American Urogynecologic Society and in 2015 and in 2017 from the Association of Professors of Gynecology and Obstetrics Lifetime Achievement Award. In 2019 she received the Rudi Ansbacher Leadership Award for Support of Women in Healthcare. 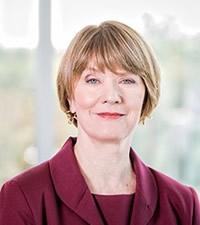 Patricia D. Hurn is the current dean of the University of Michigan School of Nursing. Previously, she served as a vice chancellor for research and innovation at the University of Texas System. Dr. Hurn has received more than $20 million in NIH funding as a principal investigator. She is a global leader in research focused on understanding the cellular and molecular basis of gender differences in brain injuries, as well as stroke and other neurological conditions. Much of Dr. Hurn’s work as a researcher and health system executive has included a strong emphasis on trans-disciplinarity and interprofessional initiatives. Her leadership efforts focus on collaborative bio-health research models, science education innovation and research technologies. 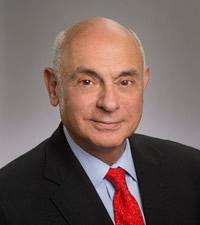 Dr. Johns currently serves as Professor in the Schools of Medicine and Public Health at Emory University. He is Executive Vice President for Health Affairs Emeritus at Emory University, and President, CEO, and Chairman of the Board Emeritus of Emory Healthcare – positions he held at Emory from 1996 to 2007. He also served as Emory’s Chancellor from 2007 to 2012. Prior to coming to Emory, Dr. Johns was Vice President of the Medical Faculty and Dean of the Johns Hopkins School of Medicine. He also served as interim Executive Vice President for Medical Affairs at the University of Michigan from June 2014 thru February 2015. 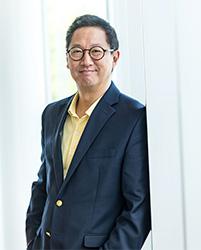 Santa J. Ono, Ph.D., is the 15th president of the University of Michigan. A recognized leader in higher education in the United States and Canada, he an experienced vision researcher whose pioneering work in experimental medicine focuses on the immune system and eye disease. At U-M he is professor of ophthalmology and visual sciences in the Medical School.

He holds a B.A. in biological sciences from the University of Chicago and a Ph.D. in experimental medicine from McGill University. 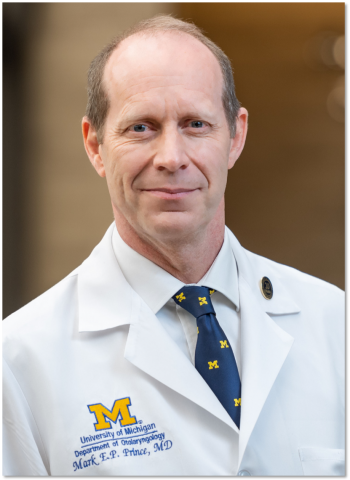 Dr. Mark Prince is the Charles J. Krause M.D. Collegiate Professor of Otolaryngology and Chair of the Department of Otolaryngology – Head and Neck Surgery. After completing a degree in chemical engineering at the Technical University of Nova Scotia and earning his Medical Degree at Dalhousie University Medical School in Halifax, Nova Scotia, Dr. Prince went on to serve with the Canadian Armed Forces as a medical officer where he received specialized training in hyperbaric and diving medicine. Dr. Prince returned to Dalhousie University and completed a residency in Otolaryngology Head and Neck Surgery, followed by a two-year fellowship in advanced head and neck oncology and microvascular reconstructive surgery at the University of Michigan.

In 1998, Dr. Prince accepted an appointment at Dalhousie as an Assistant Professor and served as their Otolaryngology Residency Director before joining the University of Michigan faculty in 2000. He also served as the Chief of the Section of Otolaryngology at the Ann Arbor VA Medical Center from 2000 until 2014; he continues to serve there as an active part time staff member.

Dr. Prince is the author of over 160 scientific papers and several book chapters. His research laboratory published the first report of the identification of cancer stem cells in head and neck squamous cell cancer, and continues to conduct research in this exciting field. Dr. Prince also remains actively engaged in resident and medical student education, serving as the Otolaryngology department's Residency Program Director until 2016 and as the Associate Chair for Education from 2009-2016. He also served as the Assistant Dean for Graduate Medical Education until 2018 and continues to co-lead a collaborative education initiative with the ENT department at Komfo Anokye Teaching Hospital in Kumasi Ghana. 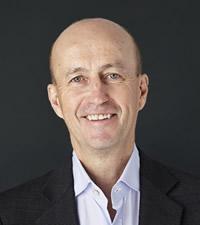 Bob is Co-Founder and Chairman of Bright Health Group, a technology enabled, value-based healthcare company that organizes and operates networks of affiliate care providers to be successful at managing population risk.  Before co-founding Bright Health in 2015, Bob advised private equity and venture capital firms on healthcare.   From 1986 to 2009, Bob held executive positions at United Health Group, becoming CEO of United Healthcare in 2000. 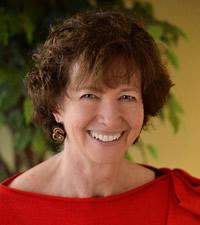 Marianne Udow-Phillips is the Head of Public Health for Rewind, Principal of MuConsulting, Senior Advisor to the Center for Health and Research Transformation at the University of Michigan, and on faculty at the University of Michigan School of Public Health and Ford Public Policy School.  In her current roles, Marianne provides strategic consulting and mentorship to advance social justice, improve population health and strengthen the effectiveness of health, public health and mental health systems.

Marianne was the founding executive director of the Center for Health and Research Transformation (CHRT) at the University of Michigan. As an independent 501(c)(3) impact organization, CHRT works to advance evidence-based care delivery, improve population health, and expand access to care by transforming research and evidence into actionable policy approaches. Prior to her leadership role at CHRT, Marianne served as director of the State of Michigan’s Department of Human Services (2004-2007) where she oversaw services and programs—child support, food assistance, child welfare, juvenile justice, and public assistance--for Michigan’s most vulnerable citizens.

Marianne came to state service from Blue Cross Blue Shield of Michigan (BCBSM). At BCBSM, she served in leadership roles for more than 20 years and ended her service as senior vice president of health care products and provider services with responsibility for the organization’s social mission, health policy, data analysis, and care and network management programs.

Marianne has received numerous awards and honors over the years including the Anti-Defamation League’s “Women of Achievement Award,” Crain’s Detroit Business’s top 100 “Most Influential Women Award,” the Michigan Women’s Foundation’s “Women of Achievement and Courage Award,” and the Michigan Children’s “Heroes” Award. Ambassador Magazine named her an Ambassador of the Year in 2011 and Crain’s Detroit Business named her a Woman in Business Game-Changer in 2012. 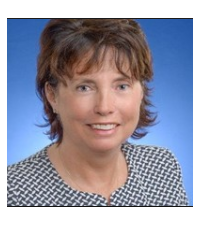 Fionnuala Walsh, Ph.D. is a recognized thought leader in the quality industry, often speaking about sustainable, integrated quality systems and the importance of maintaining a quality culture. A native of Ireland, Walsh earned a bachelor's degree and doctoral degree in chemistry from University College Dublin. Prior to her time with Eli Lilly and Company, she was awarded an industrial postdoctoral fellowship with BMS in Puerto Rico and worked at a startup company manufacturing clinic material. She joined Lilly's Kinsale, Ireland, manufacturing site in 1988 as a technical services chemist. After numerous positions there, she moved into a role as global quality leader at the Lilly Corporate Center in Indianapolis in 2002. In January 2003, Walsh was named executive director of quality for U.S. drug product and Lilly Technology Center operations. In July 2005, she was named vice president of global quality operations, and, in June 2007, she was named senior vice president of global quality.