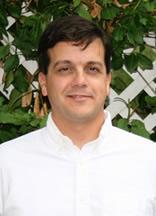 He is a leader in peripheral nerve development and disease research, with a focus on defining the molecular mechanisms of Charcot-Marie-Tooth disease (CMT) — the most-common hereditary neurological conditions, which causes muscle weakness and decreased sensation, and affects 150,000 people in the U.S. alone. He was involved in the initial discovery of mutations in glycyl-tRNA synthetase in patients with CMT disease, and since has identified mutations in many other tRNA synthase genes in patients. Additional research in his lab is aimed at understanding how gene expression in Schwann cells dictates myelination in the peripheral nerve and how this process is disturbed in disease states.

After earning a Bachelor of Science from the University of Massachusetts in 1992, he served as a laboratory technician at Genzyme Genetics. From 1996-2000, he was a senior research associate in the Department of Genetics and Epidemiology at the Joslin Diabetes Center at Harvard Medical School. He earned a Ph.D. from the George Washington University and National Institutes of Health (NIH) Joint Program in Genetics and then embarked on a research fellowship in the physical mapping section of the Genome Technology Branch at the National Human Genome Research Institute within NIH.

“I am both honored and excited to serve as the next Chair of the Department of Human Genetics at the University of Michigan,” says Antonellis. “The Department has a long history of leadership in the field of genetics with a remarkable number of breakthrough research discoveries, an outstanding track record of training scientists and clinicians that have gone on to be leaders themselves, and a cohesive group of faculty, trainees, and staff that are nationally recognized for their work. This success was largely due to the efforts of our previous Chairs James Neel, M.D., Ph.D., Miriam Meisler, Ph.D., Tom Gelehrter, M.D., Sally Camper, Ph.D., and Dave Burke, Ph.D. I am really looking forward to leading the Department at this exciting time when the field of genetics is being transformed due to new discoveries facilitated by publicly available datasets and cutting-edge technologies.”