Patients reported postoperative pain was manageable, according to study by Michigan Medicine 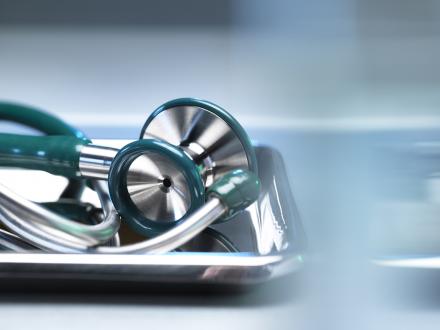 New study finds up to half of patients may not need opioids after surgery.

However, many surgeons are now diligently working to change their prescribing practices.

A collaborative effort led by surgeons at Michigan Medicine seeks to reduce excessive opioid prescriptions by exploring pain management strategies that include fewer or no opioids for surgical patients.

The latest approach: to find out if an opioid-sparing strategy would be feasible for patients undergoing six different procedures at their institution.

Results from their pilot study showed that more than half of patients used no opioids after their operations, and almost all of the patients reported their pain was manageable, according to study findings published online ahead of print in the Journal of the American College of Surgeons.

The study team, led by Michael Englesbe, M.D., FACS, a health services researcher at the U-M Institute for Healthcare Policy and Innovation, has been working to improve opioid prescribing in Michigan for two years.

Their work is motivated by the fact that many people who are not taking opioids before their operations (“opioid-naïve”) become new chronic opioid users after their operations, says Englesbe, the study’s corresponding author and a professor of surgery at the University of Michigan.

“We think a fundamental root cause of the opioid epidemic is opioid-naïve patients getting exposed to opioids and then really struggling to stop taking them postoperatively, and then moving on to chronic opioid use, abuse, addiction, and overdose,” Englesbe says.

For this study, the goal was to have a majority of patients need no opioid pills after their operations.

At their preoperative clinic visits, patients were told to take acetaminophen or ibuprofen every six hours around the clock and to stagger these medications every three hours for maximum continuous pain control.

After their operations, patients received prescriptions for 650 mg of acetaminophen and 600 mg of ibuprofen, as well as a small “rescue” prescription of opioids for uncontrolled breakthrough pain.

The prescription sizes of opioids—mostly oxycodone—varied based on the operation but were small. For example, laparoscopic cholecystectomy patients were prescribed four oxycodone pills.

Patients were instructed during both their preoperative and postoperative clinic visits that they didn’t have to use the opioids if they didn’t feel they needed to.

Patients also reported whether they used acetaminophen and/or ibuprofen, and whether their pain was manageable with this regimen. Between 30 and 90 days after their operations, patients were asked to report the number of opioid pills they used postoperatively.

The study authors reported that 52 percent of patients used no opioids after their operations, and 98 percent used 10 pills or fewer.

Among the 48 percent of patients who did use opioids, the median use was four pills, and the median number of leftover pills was two. The median pain score for the whole cohort was 1, or minimal pain; that number was 2 for patients who used opioids.

Overall, the median patient satisfaction score was 10 on a 10-point scale, or extremely satisfied, and the median quality of life score was 4 on a 5-point scale. The median level of regret to undergo the operation was 5 (“absolutely no regret”). There were no significant differences in the other variables when comparing opioid users with non-users, the authors reported.

Almost all patients—91 percent—said their pain was manageable using this strategy.

While Englesbe said it was a bit surprising—and very motivating—that a significant percentage of patients took no opioids, it’s also important to understand that fewer opioids are only one component of the larger pain management strategy. The focus has to be on what does work, which will not be the same for every patient.

“Just not giving opioids is not the answer—we have to give the best pain care,” Englesbe says. In the case of this study, the team provided a full care pathway.

“From the beginning, everyone was on the same page with talking to patients about their pain and letting them know that operations hurt,” he adds.

With the help of funding from Blue Cross Blue Shield of Michigan and the Michigan Department of Health and Human Services, Englesbe and his team are in the process of expanding this pain management strategy.

They will expand their list of selected surgical procedures from six to 18 and are working to implement the strategy to other institutions across the state.

“Our overall goal is to have half the operations done in the state of Michigan without patients needing opioids and still getting excellent pain care,” Englesbe says. “There are alternatives to opioids for surgical pain that work well and we should be using them more.”