National consortium based at U-M will improve hospitals’ use of FDA Expanded Access program for use of new drugs, biologics and devices 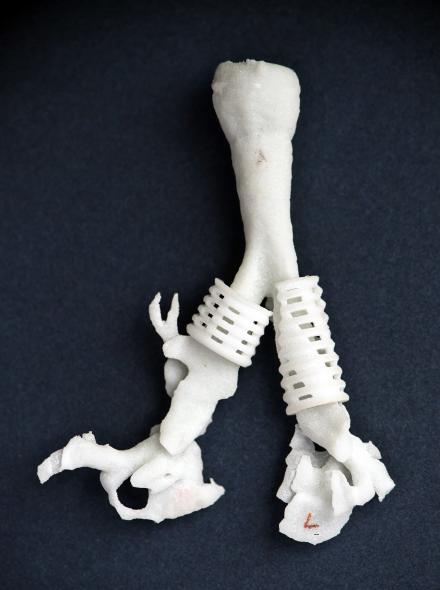 ANN ARBOR, Mich. – Patients fighting life-threatening illnesses who have run out of conventional options will get a chance to try some of the most cutting-edge treatments available, through a national effort that just received nearly $4.8 million in funding from the federal government.

The partner universities will build a national framework for more efficient, consistent and widespread use of the U.S. Food and Drug Administration’s Expanded Access process, to help more hospitals offer experimental options to their patients and gather data on the impact.

The collaborating centers will work with companies that wish to make their products available through Expanded Access – starting with HbO2 Therapeutics LLC, maker of a hemoglobin-based oxygen carrier solution.

“We’re excited to launch this effort to expand vulnerable patients’ access to new options for rare or late-stage conditions, while building a national database of real-world evidence that will take the FDA Expanded Access program to the next level,” says George Mashour, M.D., Ph.D., principal investigator of the grant and executive director of the Michigan Institute for Clinical & Health Research. MICHR will coordinate the new project, called TEAMSS for Transforming Expanded Access to Maximize Support and Study.

Patients at some major medical centers — including U-M’s Michigan Medicine — already receive experimental therapies through the Expanded Access process, which is sometimes called the “compassionate use” process. It allows medical teams and hospitals to work with the FDA and pharmaceutical, biotech and medical device companies to provide ethical, regulated and rapid access to certain products.

For instance, children born with severe, life-threatening birth defects of their airways have received 3-D printed splints developed at U-M through Expanded Access. 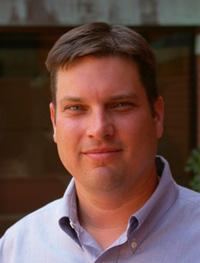 “Expanded access provides an additional route to treatment for those who need it most, so they can access experimental options outside of clinical trials, and before a product passes through the usual FDA approval process,” explains Kevin Weatherwax, managing director of MICHR and co-principal investigator of the new grant.

But many patients who could potentially benefit from Expanded Access to newly developed treatments don’t know that it’s possible.

The four partners in the new national consortium will act as hubs and reach out to hospitals in their area to help clinicians understand how they can bring patients forward for potential Expanded Access treatment after they’ve exhausted other options.

Expanded Access is different from the “right to try” concept recently approved in federal legislation, and has years of track record behind it. For instance, at Michigan Medicine more than 480 patients gained access to investigational therapies in the past year, notes Misty Gravelin, MICHR program manager for this new effort. But most hospitals do not have staff familiar with the process of seeking FDA approvals through the Expanded Access program. 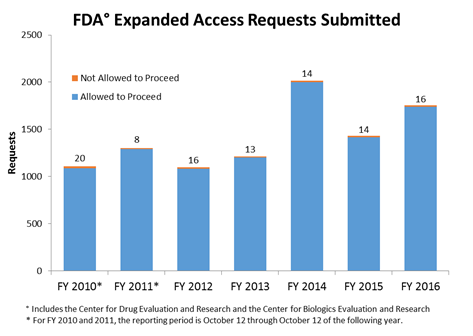 The number of Expanded Access applications to the FDA from hospitals throughout the U.S. is rising, but the new effort will seek to increase the number further.

Increasing use of Expanded Access must be done in an ethical and responsible way, so that patients who have exhausted all their other options understand the risks involved in trying an unproven therapy. They must also be protected from undue pressure, conflicts of interest on the part of researchers who hold a stake in the future use of new products, and other factors.

That’s why U-M’s Center for Bioethics and Social Sciences in Medicine, which includes medical ethicists and medical decision-making researchers, is involved in the new effort as well.

Partnering with industry, including university spinoffs

One of the key factors in Expanded Access is a company that is willing to produce and provide its product for patients outside of clinical trials or commercial production. In fact, many more patients might be able to use the Expanded Access process if more companies would participate.

The new TEAMSS consortium has partnered with HbO2 Therapeutics for an initial demonstration of the potential for a national network to increase use of Expanded Access.

The company’s product, Hemopure, is being developed as an oxygen-carrying option for organ transplants and other uses. But it also holds potential for use in patients for whom blood transfusions are not an option, including those who for religious reasons will not accept transfusions of human blood even after surgery or a critical traumatic injury.

The consortium participants will seek to provide Expanded Access to Hemopure to suitable patients. Michigan Medicine and Duke University’s medical center already offer the product under a standing Expanded Access cohort protocol that allows rapid treatment of critically ill patients without having to seek FDA approval each time. The consortium will seek FDA approval for a new cohort for emergency use, and track data in a way that HbO2 Therapeutics might be able to use in the future as part of a conventional FDA approval process.

Similarly, the consortium could provide a faster path to experimental clinical use for new products developed at universities, either before or after they are licensed to startup companies or existing firms. Two U-M spinoff companies have already expressed interest.

Weatherwax notes that some products in the past have received conventional FDA marketing approval based solely on data from Expanded Access use. While the consortium’s main goal is not to help companies achieve such approvals, it will test approaches to capturing data in more systematic ways for company use. 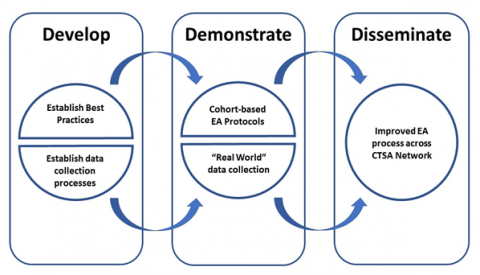 The TEAMSS effort funded by the new grant will use this framework to increase Expanded Access use.

The project is supported by program award 1U01TR002488-01 from the National Center for Advancing Translational Sciences of the National Institutes of Health.