Majority are satisfied with their sex lives; nearly 1 in 5 older men use medications or supplements, U-M/AARP National Poll on Healthy Aging finds 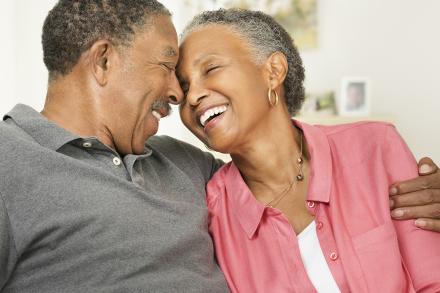 ANN ARBOR, MI – A new poll busts stereotypes about the sex lives of older Americans – and reveals gender and health-related divides on key aspects of sexual health, while highlighting the need for more people to talk with their health providers about sexual issues.

Whether or not they have an active sex life, nearly two-thirds of older adults say they’re interested in sex, and more than half say sex is important to their quality of life.

And when asked if they are satisfied with their current sex life, 73 percent of the nationally representative sample of 1,002 people polled said they were. The poll was conducted by the University of Michigan Institute for Healthcare Policy and Innovation, and sponsored by AARP and Michigan Medicine, U-M’s academic medical center.

The poll explored how older adults might seek help or advice for sexual problems, and if they’ve talked with their doctors about their sexual health.

“Sexual health among older adults doesn’t get much attention but is linked closely to quality of life, health and well-being,” says U-M’s Erica Solway, Ph.D., co-associate director of the poll. “It’s important for older adults and the clinicians who care for them to talk about these issues and about how age-related changes in physical health, relationships, lifestyles and responsibilities such as caregiving, affect them.”

Solway notes that the poll finds some sharp differences along health, age and gender lines.

The gender gaps that emerged reveal some differences that may create challenges for relationships. For instance, women were less likely than men to be sexually active – 31 percent overall, compared with 51 percent of men – but were more likely to be extremely or very satisfied with their sex lives. And while 84 percent of older men said sex was an important part of a romantic relationship, 69 percent of older women agreed with that statement.

But the biggest gender difference was the percentage of those who said they were extremely or very interested in sex. Half of men aged 65 to 80 said they had this level of interest, compared with just 12 percent of women in the same age range.

“This survey just confirms that the need for and interest in sexual intimacy doesn’t stop at a certain age,” says Alison Bryant, Ph.D., senior vice president of research for AARP. “Although most older adults say that they would talk with their doctor about sexual concerns, health care providers should routinely be asking all of their older patients about their sexual health and not assume that bringing up the issue will offend or embarrass them.”

A key takeaway from the poll, Solway notes, is that there appears to be opportunity for more proactive conversations between providers and their older patients about sexual health.

The poll results are based on answers from a nationally representative sample of 1,002 people ages 65 to 80. The poll respondents answered a wide range of questions online. Questions were written, and data interpreted and compiled, by the IHPI team. Laptops and Internet access were provided to poll respondents who did not already have it.

A full report of the findings and methodology is available atwww.healthyagingpoll.org, along with past National Poll on Healthy Aging reports.