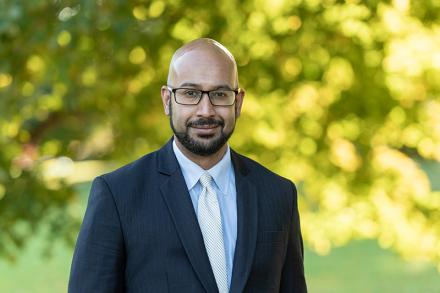 Nearly 20 years ago, the University of Michigan made history by establishing the nation’s first Depression Center, focused on advancing research, improving care and reducing stigma for some of the most common, costly and disabling health conditions.

Today, the U-M Depression Center’s leadership passed to a new generation, as the U-M Board of Regents approved Srijan Sen, M.D., Ph.D., as its next director.

Sen, a psychiatrist and neuroscientist who has led efforts to understand the role of stress, sleep and genetics in the risk of depression and suicide. He takes the reins from founding director John Greden, M.D., who he credits with helping change how depression and other mood disorders are viewed in America.

In its first two decades, the center has fostered broad awareness of depression, bipolar illness and related disorders, and helped everyone from students, athletes and new mothers to military veterans and primary care physicians. U-M’s center paved the way for 26 similar centers to launch around the country and connect as a network.

“In its inaugural phase, the Depression Center, under John’s strong leadership, catalyzed countless conversations throughout our schools, workplaces and communities, reducing the stigma around mental health and advancing our understanding of the toll of depression,” says Sen. “With this foundation and important recent scientific advances and technology development, we now have the opportunity to transform our approach to depression.”

The Depression Center was approved by the U-M Board of Regents as a university-wide unit based in Michigan Medicine, U-M’s academic medical center. Today, it includes more than 350 faculty from 17 U-M schools, colleges and institutes whose work relates to all aspects of depression and bipolar disorder. Together, they bring in more than $58 million in research funding each year.

“Building on the strong framework created over the past two decades, we seek to grow and support this community of researchers and clinical innovators even further, to enhance the reach and impact of the new knowledge they generate,” says Marschall Runge, M.D., Ph.D., the CEO of Michigan Medicine and dean of the U-M Medical School.

Sen likens the current moment to the cancer care of decades ago, when the first cancer centers had made advances in risk identification, detection and treatment.

“In the current system, we typically encounter patients suffering with depression when they are already in an advanced stage of the disease,” he says. “We now have the foundation and tools to define a more global approach, proactively preventing many episodes of depression before they start and detecting other episodes much earlier, when relatively mild interventions can have large impacts. For both prevention and treatment, we are also well-positioned now to match people with the intervention that will work best for them in ways we couldn’t before.” 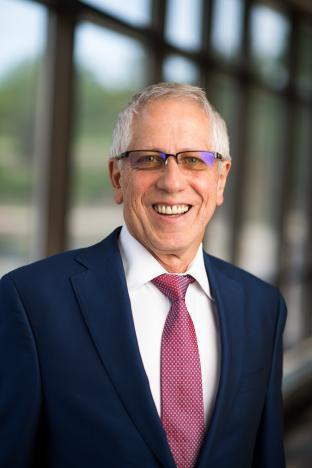 Greden notes that when he envisioned the Depression Center in the late 1990s, the high stigma around depression, and the lack of connection among depression researchers within and between institutions, indeed was similar to the climate for cancer in the 1950s. Decades ago, cancer was often whispered about, and research was disjointed. Today, people are more comfortable disclosing their diagnosis, discussing symptoms and seeking help – and more help is available.

“We have made great progress, thanks to the creative and collaborative efforts of hundreds of faculty and legions of supporters,” says Greden. “While we still have much to do, the center’s leadership will be in great hands, and working together, we can conquer these illnesses.”

After leading the Medical School’s Department of Psychiatry for 22 years through 2007, and the Depression Center for its entire history, Greden now holds the titles of Rachel Upjohn Professor Emeritus of Psychiatry and Clinical Neurosciences and research professor emeritus of the Michigan Neurosciences Institute.

Before today’s vote, Sen served as an associate director of the Depression Center. He is also the Frances and Kenneth Eisenberg Professor of Depression and Neurosciences, and a professor in the Michigan Neurosciences Institute and in Psychiatry. He serves as U-M’s associate vice president for research for the health sciences.

A graduate of Cornell University and the U-M Medical School’s Medical Scientist Training Program, through which he obtained both of his advanced degrees, Sen did his psychiatric training at Yale University. He returned to U-M in 2009 as an assistant professor and became an associate professor in 2015 and professor in 2020.

His research includes leadership of the large Intern Health Study, which focuses on studying physicians in their first year of post-medical school training using genomics, mobile technology and other tools to understand how stress leads to depression. The study now includes data from more than 20,000 interns at over 100 U.S. and Chinese teaching hospitals.

About the U-M Depression Center

A recent Depression Center Impact Report gives an overview of the wide range of efforts based at the center, including those aimed at understanding and supporting the needs of physicians, psychologists, nurses, social workers, schools, military leaders, employers, faith leaders and higher education institutions in identifying and supporting people with depression or risk factors.

Donors play key roles in helping the Depression Center increase its impact. Many have been driven to give after seeing a loved one struggle with depression or bipolar disorder, or losing someone to suicide. For instance, the Prechter family helped provide pivotal original encouragement for the center’s founding.

In recent years, the center has harnessed the power of massive amounts of clinical, genetic and wearable device data to understand depression vulnerabilities and treatment responses. This includes a Mental Health Biobank, which asks Michigan Medicine Department of Psychiatry patients for permission to store and analyze their DNA and data anonymously, and data collected by the U-M Precision Health initiative and the Michigan Institute for Data Science.

The U-M Depression Center was the founding member of the National Network of Depression Centers, which works to connect depression centers across the country and foster scientific discovery and evidence-based care. The network is patterned after the nation’s network of comprehensive cancer centers.