Serving those who served: U-M and the VA Ann Arbor hospital

A look at the longstanding relationship to support veterans through clinical care, research and education, a part of the Michigan Medicine 150th anniversary celebration

The Second World War had ended three years before. Hundreds of thousands of veterans across America needed care for the physical and mental wounds they’d suffered during their service. 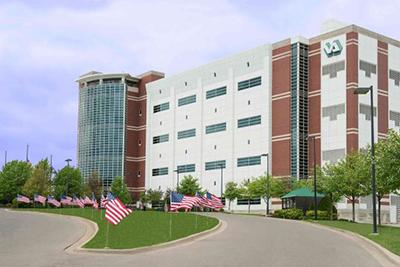 The VA Ann Arbor Healthcare System as it looks today

Across the country, university hospitals and medical schools had stepped forward to partner with the Veterans Administration and make sure that care was available.

And in July of 1948, the University of Michigan Medical School joined that mission, as the Board of Regents responded to a petition from the school’s faculty. They wanted a role in the creation of a new veteran’s hospital being proposed for Ann Arbor. And they wanted U-M faculty physicians, residents and medical students to take part in the care of former service members.

The tradition that started that day continues in 2020.

Today, every senior physician and dentist who cares for veterans at the VA Ann Arbor Healthcare System, and every senior scientist in its basic science labs, works for both the Veterans Administration and U-M. They partner with VA staff and community volunteers to give those who served the care they deserve.

At their sides are medical, nursing and other health professions trainees from U-M, who rotate through the VA to learn to care for veterans as they prepare for their future careers. Nearby, on North Campus, teams of U-M/VA health services researchers plow through massive amounts of data to find new ways to improve the quality, safety and equity of the care that veterans receive across the nation. 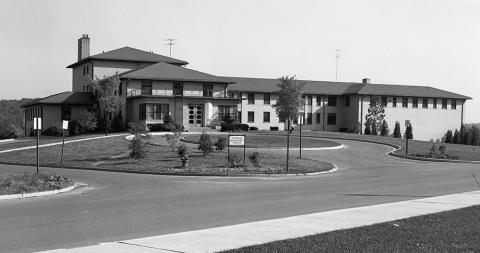 When the relationship began 72 years ago, there was already a tradition of veterans receiving care at U-M hospitals. A local newspaper even told the tale in 1897 of a farmer who had eye surgery at U-M for an injury suffered in the Franco-Prussian War in his German homeland.

And in 1946, U-M partnered with the federal government to run a Veterans Readjustment Center that had been built near the main University Hospital. It focused on the mental health needs of World War II servicemen who had had trouble adjusting to civilian life, and gave them a place to receive treatment from U-M psychiatrists while enjoying rest and relaxation in well-equipped recreation facilities. It operated until 1962.

But the building of a general hospital for veterans in Ann Arbor meant a chance for nearly every department in the Medical School to get involved in designing and running a modern hospital devoted entirely to men and women with service-connected injuries and illnesses.

Each department appointed a faculty member to lead their involvement and work at the 488-bed hospital being built on former farmland on Geddes Road, just over a mile from the main University Hospital.

When it opened in October 1953, a speaker at the hospital’s dedication noted that, “Now, as always, this nation nurtures the objective to fulfill its tremendous obligation to its veterans.” 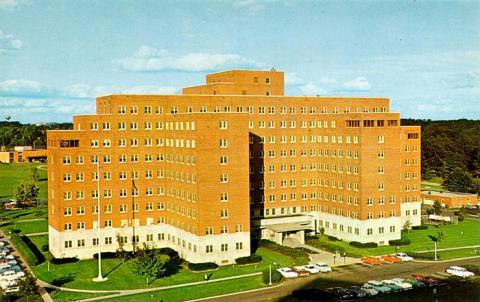 The VA Ann Arbor hospital at its opening in 1953

Growth of care and research

Over time, the hospital began serving the veterans of conflicts in Korea, Vietnam, the Persian Gulf and Afghanistan, as well as the World War II generation.

The availability of highly specialized care provided by U-M faculty physicians made the hospital a magnet for referrals from across Michigan, for veterans with needs that other VA facilities couldn’t serve. U-M residents training in those specialties gained experience by participating in that care. 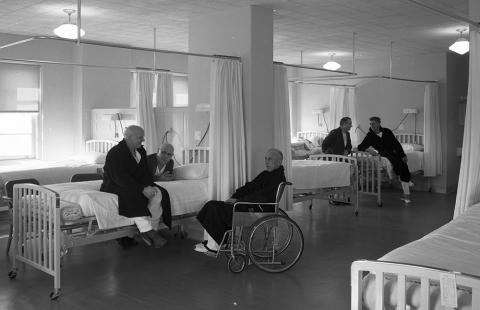 A ward in the new VA Ann Arbor Hospital in 1953

The nature of the care began to shift in the late 1960s, as Vietnam veterans who had benefited from battlefield evacuation and trauma treatment techniques came home with injuries that might not have been survivable in previous wars. U-M/VA care teams and researchers also increased their focus on the mental toll of wartime duty, including post-traumatic stress disorder and addiction.

A research building added in 1973 extended the ability of U-M/VA teams to pursue studies that could improve care – and aided in recruiting physician scientists to Ann Arbor. So did the establishment of the Geriatrics Research, Education and Clinical Center, which since the 1970s has focused U-M and VA efforts to understand the conditions facing older veterans and meet their needs.

As medical technology advanced and the demand for U-M care grew faster than the university could open facilities, the relationship with the VA came in handy.

For instance, when computed tomography (CT) imaging of the abdomen and pelvis was still new, the VA hospital acquired a scanner in 1977, several years before U-M did. Non-veteran patients traveled down the road to have their scans made. In 2000, U-M leased operating room space at the VA hospital to expand surgical capacity. 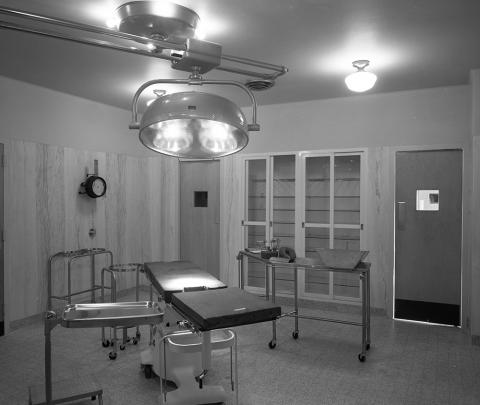 In 2012, the VAAAHS leased space from at U-M’s new North Campus Research Complex, to give the health services researchers at its VA Center for Clinical Management Research a chance to work side-by-side with U-M teams at the headquarters of the U-M Institute for Healthcare Policy and Innovation. This also freed up space on the VA campus for patient care, while accelerating research on everything from patient safety to opioid addiction treatment.

Other research and outreach initiatives across the Medical School – from the M-SPAN program in Psychiatry to the multidisciplinary Michigan Center for Integrative Research in Critical Care – have launched efforts to address service members’ and veterans’ health needs in recent years.

The VA hospital opened a new wing and emergency department in 2013, and new clinical space in 2018. The number of veterans receiving care grew to nearly 80,000. Recently, veterans and their caregivers began gaining access to more care provided at U-M and other community providers under new federal provisions.

And in spring 2020, the Ann Arbor VA hospital cared for non-veteran patients for the first time in its history, fulfilling a longstanding part of its mission to serve all Americans in times of emergency. Dozens of COVID-19 patients, mainly transfers from hard-hit Detroit, received care from U-M/VA teams in April.

It’s just the latest example of the power of a partnership that started 72 years ago this summer, with the goal of serving those who served, and improving their care through research and innovation.