ALERT: View our most updated visitor policy on the "Visitor Guidelines During COVID-19" page

Michigan Medicine and College of Engineering teams studying depression, pancreatic cancer and cancer diagnostics compete to bring the title back to Michigan for a second year 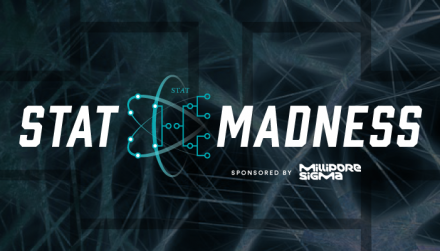 In this “#Breakthru32” round, the U-M teams are up against Stony Brook University, the Fred Hutchinson Cancer Research Center and Notre Dame University.

Our teams are asking for your support to advance to the Sweet 16 round — and ultimately to the finals.

Below are descriptions of the U-M projects and links to vote for them directly.

Pancreatic cancer treatment resistance: A team led by Costas Lyssiotis, Ph.D. in the Rogel Cancer Center and Department of Molecular & Integrative Physiology, made the bracket for a study that shows why pancreatic cancer cells stubbornly resist treatment with a common chemotherapy drug. It could pave the way to better treatment options.

Liquid biopsy technology: A joint Engineering/Rogel Cancer Center team led by Eusik Yoon, Ph.D. with former Rogel director Max Wicha, M.D., is in the competition for their work to develop a way to separate cancer cells out of blood samples taken from patients, so they can be tested for genetic signatures that could guide treatment. Vote for this entry here. Read more about the work, published in Nature Communications, here.

Effects of intense stress on DNA: A team led by Srijan Sen, M.D., Ph.D., of the Depression Center, Department of Psychiatry and Michigan Neuroscience Institute, showed that new doctors’ DNA ages six times faster than normal during their first year of residency, thanks to the intense stress of their training. The research, published in Biological Psychiatry, has implications for understanding vulnerability to depression; vote for this entry here and read more about it here.

You can also view the entire bracket of the 32 remaining teams from across the country, each selected for a piece of important research they published in 2019. Anyone can vote for a winner in each matchup in the bracket, multiple times a day. Voting to enter the Sweet 16 round ends Saturday at 11:59 p.m.

The field of competitors will narrow week by week until the final two teams are standing — right at the end of basketball’s March Madness in early April.

A Michigan Medicine team studying tinnitus took home the top prize last year. Help us bring the title back to Michigan for a second year in a row.

Another Michigan Medicine team also made it to the Round of 8 in STAT Madness 2018 with an entry focused on antibiotic-resistant microbes in nursing homes. In the first year of the tournament, U-M researchers who study the microbes that inhabit human lungs made it to the final round.