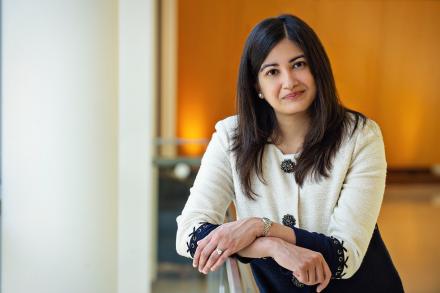 An institutional report card for gender equity representing more than 500 institutions worldwide reveals that women are not equally promoted, recruited or retained to senior roles, and that policies to support women in science are lacking.

The report, published in Cell Stem Cell, was coordinated by teams at the New York Stem Cell Foundation Research Institute and the University of Michigan. It included more than 1,200 report cards from 541 institutions, collected over the past four years.

“To reach treatments and cures, we need full participation in science and medicine,” says study co-lead Susan L. Solomon, J.D., CEO of the New York Stem Cell Foundation Research Institute. “When women are prevented from reaching their full potential, the entire field suffers. We need 100% of the available brainpower to make the biggest impact and move research forward as quickly as possible.”

The study stemmed from the institute’s Initiative on Women in Science and Engineering (IWISE), which started in 2014 with support from the Doris Duke Charitable Foundation, whose mission is to devise actionable strategies for advancing women in STEM. These strategies included an Institutional Report Card for Gender Equality. NYSCF deployed the report card through its extramural award program, requiring grantees to submit quantitative data about gender representation at their institution, including numbers of students, professors and invited speakers. The report card also requested information about institutional policies to support women in science.

Gender imbalance at the top

The report card results show women make up more than 50% of undergraduate, graduate and post-graduate students. But among faculty, as seniority increased, representation of women decreased. On average, women made up 42% of assistant professors, 34% of associate professors, and 23% of full professors.

At about one-third of institutions, only 10% of tenured faculty recruits were women. Based on the data, the researchers suggest that recruiting women into STEM is not the concern. The bigger issue appears to be retention and promotion of women into positions that allow them more influence, more resources and in turn, more high-impact research.

Institutional gender equity did not improve over time, the report found. Among 71 institutions tracked over more than two years, just over half improved their grades. Improvements were modest, averaging only 8%.

“Many of these policies and programs – such as flexible family care spending, ‘extra hands’ funding, and gender-balanced peer review and speaker selection policies – align with the seven actionable strategies proposed by IWISE in 2015,” says NYSCF’s Kristin Smith-Doody, co-author of the study. “We are excited to see some organizations implement these recommendations and hope to see widespread adoption in the future.”

To support gender equity on decision-making committees, however, 8% of institutions had an explicit minimum requirement, 16% had only general policies to promote diversity and 77% held no related policies.

“Representation on strategic, decision-making committees is critical, both because it is important to have a diversity of viewpoints within these groups, and because participation in committees builds leadership skills and visibility that helps members advance their careers,” says study co-lead Reshma Jagsi, M.D., D.Phil., director of the University of Michigan Center for Bioethics and Social Sciences in Medicine.

While many of these results are sobering, the researchers believe that the process of collecting high-quality, comprehensive data through the report cards is helping assess the current landscape of gender equality in STEM, and encouraging institutions to establish a baseline.

“Simply asking institutions to fill out this report card draws their attention to the gender equity issue, encouraging them to identify areas for improvement and make necessary changes,” Jagsi says.

The researchers will continue to use the report card to collect data, highlight best practices and monitor changes in gender representation over time.