George Mashour, M.D., Ph.D., and Lori J. Pierce, M.D., were elected to the NAM in recognition of their major contributions to the advancement of the medical sciences, health care and public health.

With their election, the U-M now has 58 members of the NAM on its active and emeritus faculty. 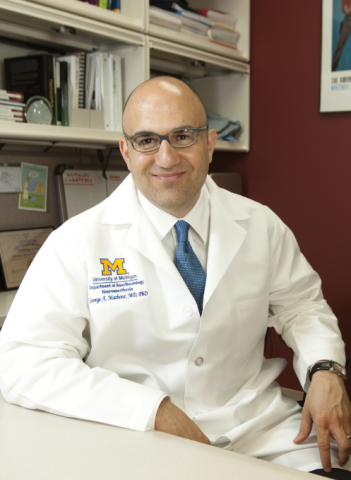 George A. Mashour, M.D, Ph.D., was appointed associate dean for clinical and translational research and director of the Michigan Institute for Clinical & Health Research (MICHR) in October 2015. He also serves as executive director of translational research in the Office of Research. The Bert N. La Du Professor of Anesthesiology Research in the Medical School, he holds additional faculty appointments in the Department of Neurosurgery and the Neuroscience Graduate Program.

In his capacity as associate dean, Dr. Mashour guides the translational research efforts of the Medical School in close partnership with the senior associate dean for research and other departments to enhance the quality and quantity of externally sponsored research. As director of MICHR, he oversees a unit that enables and enhances clinical and translational research by educating, funding, connecting, and supporting research teams across the University of Michigan and beyond.

Dr. Mashour received his medical degree and doctorate in neuroscience from Georgetown University. He was a Fulbright Scholar in neuroscience at the Max Delbruck Center for Molecular Medicine in Berlin, Germany, from 1998-99. He completed his internship at Harvard Medical School, postdoctoral research fellowship at the University of Bonn, Germany, and residency training at Harvard Medical School and Massachusetts General Hospital. He was a fellow in neurosurgical anesthesiology at the U-M, and in 2007 was appointed assistant professor in the departments of Anesthesiology and Neurosurgery. He was promoted to tenured associate professor in 2013 and was named the Bert N. La Du Professor of Anesthesiology Research in 2014.

He is an internationally recognized expert on the topics of consciousness, anesthetic mechanisms, and sleep. His investigations include a range of approaches, from computational modeling to animal studies to clinical trials. He has been well funded throughout the years and currently serves as the principal investigator of two R01 grants from the National Institutes of Health (NIH), and as lead principal investigator for a multi-centered James S. McDonnell Foundation grant. 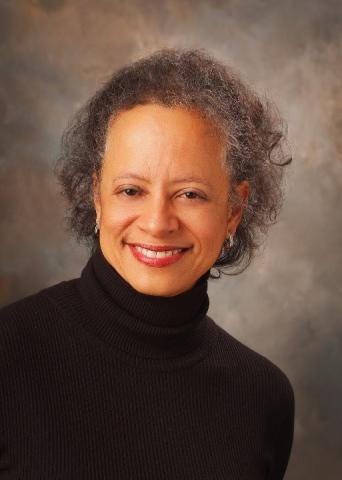 Lori J. Pierce, M.D., FASTRO, FASCO, attended Duke University School of Medicine and completed a Radiation Oncology residency and chief residency at the Hospital of the University of Pennsylvania. She then was appointed as a Senior Investigator at the National Cancer Institute, National Institutes of Health in Bethesda, MD. In 1992, Dr. Pierce joined the faculty of the University of Michigan. Since coming to Michigan, she has served as residency director and clinical director in the Department of Radiation Oncology. In August 2005, Dr. Pierce was appointed by the University of Michigan Board of Regents to be Vice Provost for Academic and Faculty Affairs.

Her research focuses on the use of radiotherapy in the multi-modality treatment of breast cancer, with emphasis on intensity modulated radiotherapy in node positive breast cancer, the use of radiosensitizing agents, and the outcomes of radiation in women with breast cancer who carry a BRCA1/2 breast cancer susceptibility gene. She is also Director of the Michigan Radiation Oncology Quality Consortium (MROQC), a quality consortium of radiation oncology practices across the state of Michigan that seeks to establish best practices in the treatment of breast and lung cancers. This initiative is funded by Blue Cross Blue Shield of Michigan and Blue Care Network.

Dr. Pierce also co-founded PFS in order to help develop a diagnostic tool which will inform decision-making in the treatment to the breast in early stage breast cancer. While breast-conserving surgery and radiotherapy is a very effective treatment for most women with early stage disease, randomized clinical trials have shown that many women will not experience in-breast tumor recurrences following surgery only and a minority will recur even in the presence of radiotherapy. The difficulty is in identifying up front in-breast tumor recurrence risk. Development of gene profiles to aid in decision-making regarding the need for radiotherapy could minimize over-treatment and identify those tumors for which intensification of treatment is needed.

For more on the National Academy of Medicine, formerly the Institute of Medicine: http://nam.edu/

For a list of living NAM members on the U-M faculty (including emeritus): http://umhealth.me/NAM_UM