Multitasking may be a necessity in today's fast-paced world, but new research shows distractions affect the way medical students learn, making the knowledge they gain harder to retain.

Technology has — and continues to have — a significant impact on higher education. From smartphone apps to video-recorded lectures that can be accessed online, technology is an integral part of student university life. 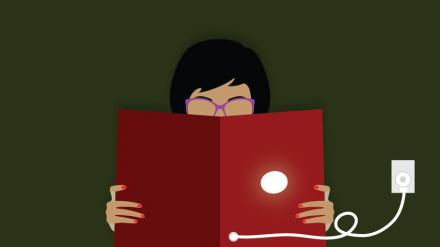 While students and faculty on college campuses across the country acknowledge the positive effects of technology, such as ease and convenience, Michael Hortsch, Ph.D., is cautioning students, educators and administrators on its potentially negative impacts on learning outcomes.

Hortsch, whose research focuses include medical education, e-learning and educational technology, is a professor of Cell and Development Biology and of Learning Health Sciences at the University of Michigan Medical School.

"We all multitask in today's world, but you have to be careful,” says Hortsch. “When students are trying to learn new concepts, new information, distractions are bad and they can impair the ability to learn.”

In a paper, recently published online in the journal Anatomical Sciences Education , Hortsch and his collaborators conducted a retrospective study, using self-reported data, which analyzed student behaviors during U-M preclinical lectures and how students faired when studying histology during a live lecture and video podcast.

The study design used a retrospective survey investigating self-selected student behavior, which Hortsch said calls for additional research, but a significant finding is clear: distractions during lecture sessions — whether attending in person or watching online — had a negative impact on learning outcomes.

“Our goal was to present recommendations to educators and preclinical medical students regarding both modes of lecture delivery and the manner of consumption for the best educational value,” he says.

Another conclusion drawn from Hortsch’s study is that students who regularly attend lectures in person score better than those who view the session online.

Hortsch says his findings should not have university administrations rushing to cancel lecture videos but instead, he seeks to promote a well-informed, common sense approach that is clearly communicated to students to properly using technology.

To assess their knowledge and learning success, first year U-M medical students take weekly online quizzes and an end-of-sequence final examination. For his study, Hortsch focused on cumulative histology (or microscopic anatomy) scores as the primary outcome measure for M1 histology competency. In total, roughly 180 histology questions are administered during the M1 academic year. At the end of the academic year, he requested students to participate in an online survey.

The influence of distractions

A total of 439 students responded to Hortsch’s survey that asked questions about their histology lecture attendance and lecture video usage. Including the results of a previous survey from 2011 to 2013, Hortsch found that students are increasingly opting to watch lectures online rather than attend lectures in real time.

Despite the uptick in the number of students logging in to learn, students who reported that they “always” attended lectures in person had higher histology cumulative examination scores versus students who watched a majority of lectures online.

Notably, both groups of students reported multitasking during lectures which ultimately had a negative impact on histology scores. Thirty percent of students who attending lectures in person said they moderately, frequently, or always engaged in non-lecture activities, such as Facebook and email. Forty-one percent of students who watched lectures online reported getting interrupted and using the internet simultaneously for concept clarification or additional information.

Another significant finding of Hortsch’s study is the idea that consistency is key. His evidence suggested that choosing a consistent method for obtaining lecture information — either always attending live lectures or always watching videos — may be associated with improved learning outcomes across multiple subject areas.

Not black and white

The use of technology in learning environments will most likely continue to become more robust and dynamic with time. And like with most things, there are advantages and disadvantages.

Hortsch says his findings can be applied more broadly and are actually applicable to any kind of learner.

Although it might be on trend to quickly adapt and incorporate the newest technology into the curriculum, Hortsch encourages university administrators to first understand the best use of that technology before making it available for students.

For students, Hortsch says it’s important to stick to the basics, keeping in mind that the human brain functions best when focusing on one thing at a time. He also says students should find their own best approach to learning and deploy it consistently.