ANN ARBOR, Mich. — According to an annual data report from the United State Renal Data System, the overall burden of kidney disease remains high in U.S. with the rates of kidney failure requiring dialysis or kidney transplantation ranking among the highest in the world. 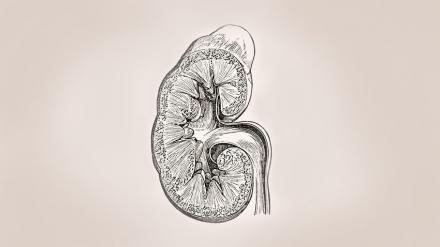 The prevalence of earlier stages of chronic kidney disease (CKD), while relatively stable at 14.8 percent, implies that an estimated 30 million American adults have CKD, with millions of others at increased risk. In 2015, 124,111 new cases of end stage renal disease (ESRD) were reported with a total of nearly 500,000 patients receiving dialysis treatment and well over 200,000 living with a kidney transplant. Trends in the prevalence of chronic kidney disease are important for health care policy and planning.

This year’s report provides data through 2015 and is released by the USRDS coordinating center based at the University of Michigan Kidney Epidemiology and Cost Center, in partnership with Arbor Research Collaborative for Health.

In sharp contrast to the high burden and cost, is the low awareness about the condition among patients with kidney disease, especially those in stages 1 to 3. This may well relate to low levels of urine testing for protein among those with risk factors for the disease or quite simply the consequence of poor access to care among disadvantaged populations. This represents a major road block in the efforts toward preventing progressive kidney failure with high rates of premature morbidity, mortality, risk of end stage renal disease, and high societal cost.

"Over a third of patients starting dialysis have not had the benefit of being evaluated by a kidney doctor prior to this life changing event,” says Rajiv Saran, M.D., professor of internal medicine at the University of Michigan and director of the USRDS coordinating center. “Whereas kidney disease is often silent until late stages, there are missed opportunities to detect it early and implement therapies that can slow kidney disease progression. If we can target individuals with risk factors for disease, we can do a lot to prevent kidney failure and other devastating consequences.”

Other important highlights from the report include:

Disclosure: Dr. Hal Morgenstern is a consultant at Arbor Research Collaborative for Health.