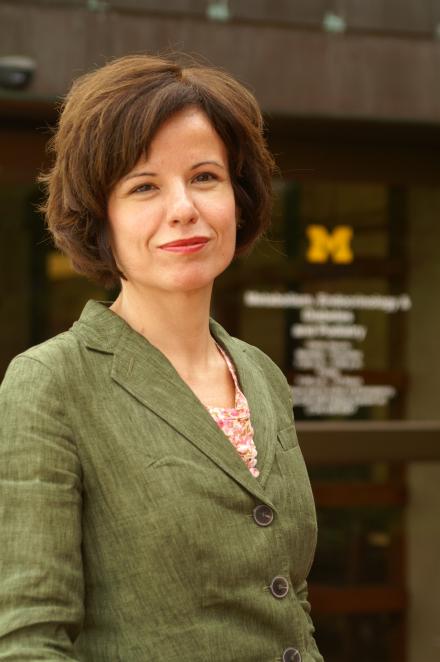 The drug amlexanox, prescribed in Japan to treat asthma, appeared to free the metabolic system to burn more energy. A subset of patients had improved fatty liver disease and insulin sensitivity, a response seen among those who started the clinical trial with higher levels of inflammation in their fat tissue than others.

While the discovery at Michigan Medicine and the University of California at San Diego is not ready for the clinic, it reveals an inflammatory link between obesity and type 2 diabetes.

Inflammation is the body’s natural response to injury and illness, but chronic inflammation caused by obesity is believed to promote insulin resistance, a main feature of diabetes.

“We are beginning to understand the role this form of internal inflammation plays in the development of chronic diseases like diabetes,” says lead study author Elif Oral, M.D., director of the MEND Obesity and Metabolic Disorder Program at Michigan Medicine. “Ultimately we may be able to personalize therapy based on the degree of inflammation present at baseline – which is a new concept.”

Oral is an endocrinologist and translational scientist at Michigan Medicine, the University of Michigan’s academic medical center where the clinical trial was conducted and analyzed.

Tissue analysis was led by study author Alan R. Saltiel, Ph.D., at U-C San Diego, along with scientists at the Salk Institute for Biological Sciences.

In the Cell Metabolism study, researchers identified a molecular signature in obese patients with type 2 diabetes who responded to the drug amlexanox.

“When we looked at the drug-treated group we saw a bimodal distribution, that is, there were some responders and some nonresponders. We didn’t understand why, so we did a molecular analysis from biopsies of fat cells we took from patients at the beginning and end of the study,” says Saltiel, director of the Institute for Diabetes and Metabolic Health at U-C San Diego

The glucose-lowering effects of amlexanox were first discovered in mice during research at the University of Michigan where Saltiel served as director of the Life Sciences Institute at the U-M.

Amlexanox is an inhibitor of two enzymes, IKKɛ and TBK1. In previous studies, Saltiel and U-M researchers discovered that these two enzymes are induced in obese mice, causing a drop in energy expenditure or reduction in calories burned.

This prompted them to look for inhibitors of these enzymes by screening a library of 150,000 chemicals. They found amlexanox. Giving obese mice the inhibitor caused them to lose weight, while their sensitivity to insulin increased, improving their diabetes and fatty liver disease.

The human trial revealed that gene changes that occurred in the mouse model also happened in the human responder group. Blood sugar in the clinical trial patients went down as genes involved in the expenditure of energy changed.

The proof of concept trial began with an unblinded safety trial of six patients. It was followed by a controlled trial of 42 obese patients with type 2 diabetes.

Half of the patients were randomized to a placebo group while the other half received amlexanox for three months. Blood sugar, insulin sensitivity, weight and liver fat were measured. A biopsy of fat cells from each patient’s midsection was taken before and after the trial to measure changes in gene expression.

“The most exciting part of this is that we have a new drug that has never been studied before,” says Saltiel. “It’s a new mechanism for a diabetes and fatty liver drug. It’s promising, but there are a lot of questions that need to be answered still.”

Among them: Which gene changes are the most important to target? What’s the right drug dosage? What time of day should it be administered? How often should patients take the drug? Can the percentage of responders be increased? Will the beneficial effects of the drug be sustained for a longer time?

One-third of the participants in the blinded study responded. Among responders with nonalcoholic fatty liver disease, an improvement was also seen.

Researchers are planning follow-up trials to determine whether it’s possible to stratify patients who are likely to respond based on the degree of underlying inflammation, and explore if other drug combinations can be used with amlexanox.

“We are grateful for patient participation and hope that our patients will respond with the same enthusiasm to our new trials. Without patients volunteering, the sort of study can never happen,” says Oral.