Results from the new National Poll on Healthy Aging reveals opportunities for patients to speak up, professionals to aid more

ANN ARBOR, MI – The majority of Americans over age 50 take two or more prescription medicines to prevent or treat health problems, and many of them say the cost weighs on their budget, a new poll finds. 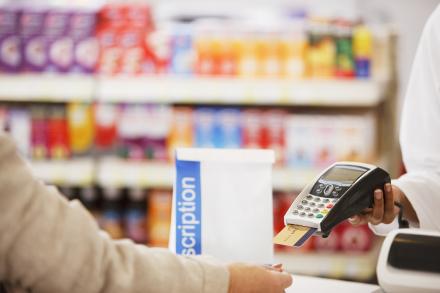 But many older adults aren’t getting – or asking for – as much help as they could from their doctors and pharmacists to find lower-cost options, the new data reveal. This suggests an opportunity for health professionals and patients to talk more about drug costs, both in everyday interactions and in formal medication reviews that insurance may cover.

The data come from the University of Michigan National Poll on Healthy Aging, a new initiative based at the U-M Institute for Healthcare Policy and Innovation and sponsored by AARP and Michigan Medicine, U-M’s academic medical center.

“We already know that cost can keep patients from taking the drugs they need to maintain health or prevent complications, but these new data suggest that many older adults aren’t talking to their doctors or pharmacists about cost and less-expensive alternatives as often as they could,” says Preeti Malani, M.D., director of the poll and a professor of internal medicine at the U-M Medical School. “This represents an opportunity for patients, clinicians – as well as health systems, insurers and policymakers.”

Alison Bryant, AARP senior vice president of research, adds that out-of-pocket costs can vary greatly for midlife and older adults depending on their insurance coverage for prescription drugs, and based on the price of the drug set by the manufacturer. High and rising drug costs can result in higher out of pocket costs and more cost burden.

Cost burdens and communication – or lack of it

The poll asked a range of prescription drug-related questions of adults between the ages of 50 and 80 to try to understand how prescription-related issues affect those in the pre-Medicare and Medicare age range.

In all, 27 percent of them said their prescription drug costs posed a financial burden.

One in six respondents reported what the researchers call a “high complexity” of prescription management --- taking six or more prescriptions and seeing more than one doctor. They were more likely to say their drug costs were a problem.

“Based on these findings, and other evidence, we encourage patients to speak up during their clinic visits, and when they’re at the pharmacy, and ask about ways to reduce the cost of their prescriptions,” says Malani. “But equally, we see a need for health professionals to find ways to more routinely engage with patients about cost – especially through formal medication reviews such as the one that Medicare will cover.”

More about drug costs and health

Tips for reducing your drug costs

She notes that during patient visits, physicians usually don’t have access to information about what an individual patient’s drugs will cost them, based on what insurance they have. So it can be up to the patient to bring this information to their appointments, or to contact their clinic about alternatives if the cost at the pharmacy is higher than they expected. Patients can also talk with pharmacists who may better understand insurance plans and cost.

Patients with high and moderate complexity of drug management take multiple medications and have more than one doctor involved in their care. This can create additional challenges including one doctor not wanting to address a medication prescribed by another doctor.

Health conditions that start in middle age can make a major difference in the health of older adults, and the long-term cost of care. Multiple studies have found that long-term adherence, or faithful taking of medications as prescribed, affect a person’s health outcomes in positive ways.

But other research shows that cost often gets in the way of adherence, leading a person to cut back on doses without a doctor’s guidance, to not refill a prescription or to skip doses altogether.

Although addressing the broader concern of drug costs will require shifts in policy, patients can take some immediate steps, by asking their doctors and pharmacists for help, Malani says. Future programs should encourage health professionals and patients to routinely have these discussions.

The need to talk cost may start earlier than one might think, Malani notes. The poll finds that more than half of adults in the 50-64 age range were taking two or more medications – and that 14 percent of them were taking six medications or more.

In the older age group, from 65 to 80 years, 20 percent of those polled said they took six or more medications. Nearly 90 percent of those in the older group were taking at least one prescription drug -- consistent with previous studies. One in four of the older adults reported seeing four or more doctors in the past year.

The nationally representative sample included 2,131 people, split almost equally between those aged 50 to 64, and those aged 65 to 80. Respondents answered a wide range of questions online; laptops and Internet access were provided to those who did not already have it.

A full report of the findings and methodology is available atwww.healthyagingpoll.org.

The poll will issue its next findings in late summer; sign up for email notifications on the website. 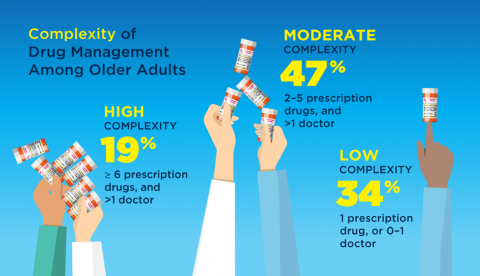 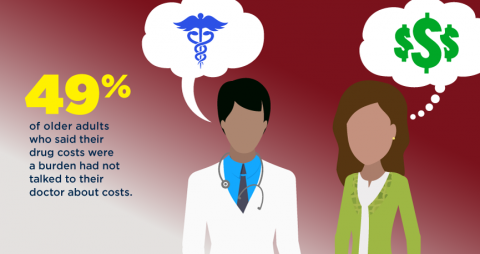 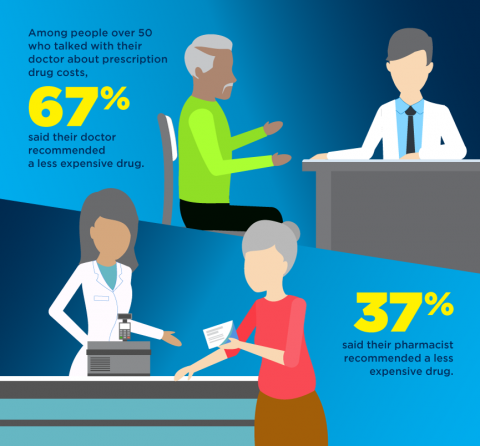