Bipolar disorder research program newly named for Heinz C. Prechter seeks to build on a decade’s worth of scientific advances

ANN ARBOR, MI – Fifty years ago this spring, entrepreneur Heinz Prechter moved his company to Detroit, to answer car buyers’ fast-growing demand for sunroofs. But even as his products brought light into more than a million vehicles, he fought darkness in his own life. 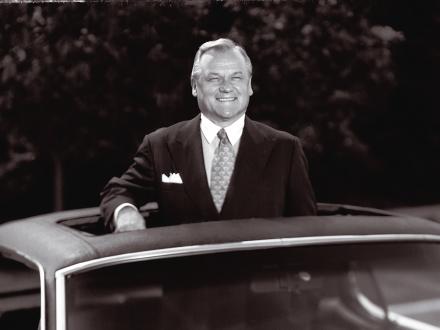 Heinz Prechter and one of the sunroofs that made him an auto-industry pioneer.

He struggled to keep his bipolar disorder hidden, until his suicide in July 2001 shocked the automotive industry.

Heinz’s wife, Waltraud “Wally” Prechter, resolved to fight the stigma that led her husband to hide his mental illness, and to address the lack of scientific understanding about the condition and how best to treat it. She channeled her energy into helping the University of Michigan Depression Center do both, by donating and raising money for a U-M bipolar research fund in her husband’s name.

Today, U-M named its entire bipolar disorder research program for Heinz Prechter, in honor of a new gift commitment of up to $5 million by the World Heritage Foundation - Prechter Family Fund.

But the gift comes with a challenge to others who care about bipolar disorder: The Prechter family will match every dollar given to U-M bipolar disease research up to $5 million. This will double the value of every donation, and the Prechter family gift will be available to researchers faster, if others step in to support the cause.

Donations can be made at http://victors.us/prechtercampaign.

Once the challenge is met, the Prechter family’s total giving to U-M bipolar research since Heinz Prechter’s death will be well over $10 million. Philanthropic gifts, including individual, foundation and corporate gifts, are critical to the effort and account for more than half of the research funding in any given year. The Prechter family set up this gift as a match to encourage more philanthropic support of research into bipolar disorder. 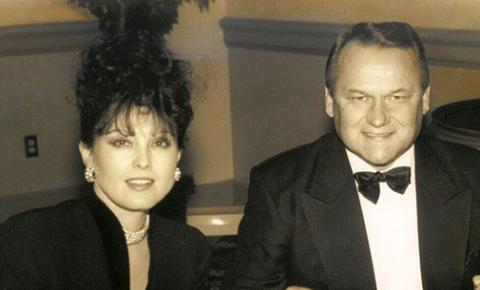 “I think that if you can — if you truly believe in something — you owe it to yourself to help, to give, and to make a difference. Because ultimately, that is all you leave behind,” says Wally Prechter.

“When we lost Heinz to his disease, it took Wally’s bravery and generosity to help us create incredible good out of such a tragic loss,” says John Greden, M.D., who was working with Heinz and Wally Prechter to create the U-M Depression Center at the time of Heinz’s death. Greden is the Depression Center’s director and a professor of psychiatry at Michigan Medicine, the U-M academic medical center.

“Without Wally Prechter’s leadership over the past decade, we would not have been able to develop the world’s first bipolar-specific stem cell lines, discover new genetic links, explore environmental factors or bring experts worldwide together as we have,” says Melvin McInnis, M.D., who is the Thomas B. and Nancy Upjohn Woodworth Professor of Bipolar Disorder, professor of psychiatry, and director of the newly named Heinz C. Prechter Bipolar Research Program. 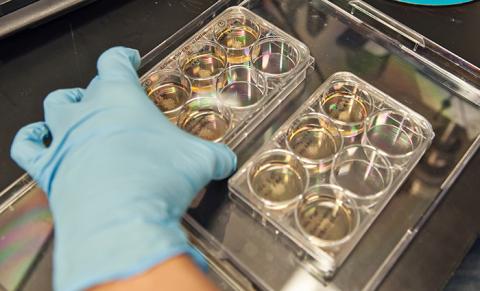 Stem cells, derived from skin cells donated by people with and without bipolar disorder, allow scientists to study the disease at its most basic level.

The Prechter family is committed to increasing scientific understanding and treatment options that will enable people with bipolar disorder to lead healthy and productive lives. The new gift will grow the endowment that provides for the continuation of the Prechter Longitudinal Study of Bipolar Disorder, which has been ongoing for 11 years.

The Longitudinal Study allows researchers to track symptoms, response to treatment and overall health over time like never before. Already, more than 1,200 dedicated individuals have partnered with the research team to track personal and medical information for this long-term study.

“Our participants are the real heroes,” says Wally Prechter. “The goal of the Prechter Program is to identify effective solutions for people with bipolar disorder.”

Volunteers can also donate samples of their blood, giving scientists the chance to study tiny differences in DNA that may play a role in how the disorder develops, why it runs in families, how it affects people over time and what makes people vary in their response to treatment.

The “bank” of DNA from hundreds of research participants over the last decade is called the Heinz C. Prechter Bipolar Genetics Repository, and it is the nation’s largest privately funded bipolar genetics repository.

“We look forward to fueling new discoveries, and involving hundreds more people with bipolar and their families in the search for better treatments. The new funding, from the Prechters and others who believe in our work, will allow us to accelerate our pace of discovery,” says McInnis.

The Heinz C. Prechter Bipolar Research Program will be the umbrella program over the Longitudinal Study of Bipolar Disorder and other bipolar research studies. 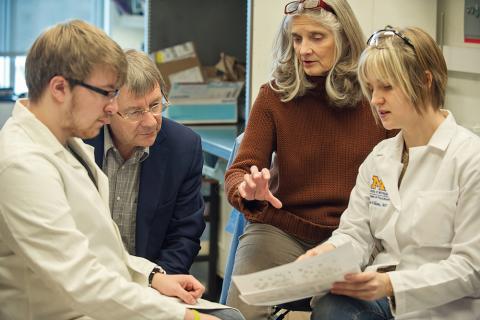 Bipolar disorder is a devastating, chronic mental illness with recurring episodes of mania (highs) and depression (lows). The illness causes unusual and dramatic shifts in mood, energy and behavior. Presently, 30 percent of individuals with bipolar disorder attempt suicide during their lives, and 20 percent die by suicide.

Although the direct cause of bipolar disorder is unclear, it has long been understood that genetic, biochemical and environmental factors play a role. Bipolar disorder runs in families, tends to recur throughout the life span and is affected by genes and life experiences.

Learn more about the entire Prechter-funded effort, and the research and team it has fueled, at http://www.prechterfund.org/.