Shift in focus to telemedicine could bridge gap in care

ANN ARBOR, Mich. -- Retinopathy of prematurity (ROP) occurs when abnormal blood vessels grow over the retina and may lead to blindness in premature babies. 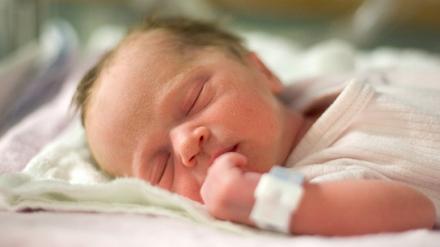 The eye disease is a concern as more babies are surviving due to advances in neonatal care. On the decline, though, are ophthalmologists available to offer sufficient care.

A new national survey in Pediatrics underscores the divide: only 56 percent of medical directors at nearly 400 hospital neonatal intensive care units believe there are enough ophthalmologists who can screen and/or treat ROP in their local area.

About 28 percent of those surveyed said their NICU did not provide ROP care — with the most common reason being a lack of ophthalmologists. As a result, those facilities had to transfer babies needing treatment to another hospital.

That’s where technology can help. Telemedicine screening programs, experts say, can help bridge the gap in caring for premature babies.

“The research came from our own experience of having babies sent to our children’s hospital to stay for weeks and weeks while we watched their eyes,” says lead study author Rebecca Vartanian, M.D., a neonatologist at the University of Michigan C.S. Mott Children’s Hospital.

“While increasing the number of well-trained ophthalmologists willing to screen and care for ROP would be ideal, there’s an opportunity to build programs that permit remote screening of babies and identifying those who can stay in their communities,” she says.

Help from a distance

Available imaging technology makes it possible to accurately screen for signs of severe ROP by sending images of a baby’s eyes to an image reading center for evaluation.

But the survey found that many NICUs are largely unaware of telemedicine as an effective strategy to detect referral warranted ROP, Vartanian says.

Others, meanwhile, have embraced it. Marquette General Hospital in Northern Michigan lacks providers to screen for ROP, for example, so it taps the expertise of the U-M Kellogg Eye Center remotely.

Images are taken and sent to a Kellogg ophthalmologist for interpretation. If a baby needs urgent care, Kellogg calls Marquette to discuss next steps.

“Before starting this program, babies born in the Marquette area were transferred to Ann Arbor for care and often stayed with us for several weeks for repeated screenings,” says study co-author Cagri G. Besirli, M.D., Ph.D., a pediatric retina specialist. “Now we are able to delay the transfer process until treatment is necessary, allowing the majority of babies to stay home with their families longer and be monitored back at home after treatment.”

When treatment is needed, a pediatric ophthalmologist performs laser therapy or intraocular injections.

The survey’s authors sought to examine what roadblocks might hinder a hospital’s ROP services and found that NICU directors reported most often that liability risks and low reimbursement made it difficult to keep programs going.

Still, there has been a slow shift in attitudes about telemedicine for ROP screening. In the Pediatrics survey, only 21 percent of NICU directors reported they used retinal imaging devices and only 30 percent believe the practice is safe.

Sponsored by the National Eye Institute, the 2014 study found the telemedicine approach was about as accurate as regular examinations by an ophthalmologist.

“There is a gap to fill in caring for these babies and using telemedicine to bridge this gap is the best option,” says Besirli.

Authors had a 46 percent response rate from the 847 Level III and IV NICUs, those designated to care for the smallest and sickest newborns.