ANN ARBOR, Mich. — The smartphones that nearly all Americans carry could transform how people manage their health, especially for the tens of millions who have chronic conditions or complex health needs. 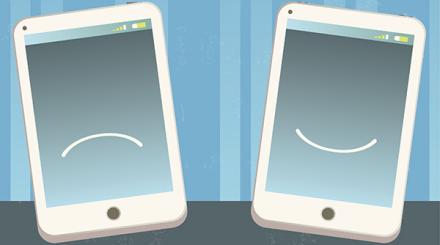 But a new study suggests that app makers are falling short on many counts when it comes to actually serving those who could get the most benefit from mobile health, or mHealth, apps.

The findings come from a team led by a University of Michigan Medical School mobile health researcher, and his colleagues at Brigham and Women’s Hospital, who publish their findings in the new issue of Health Affairs.

It’s based on a comprehensive review of 137 of the most highly rated or often recommended mHealth apps aimed at people with chronic conditions. They selected only the cream of the crop from the Apple and Google app stores that are aimed at people with high health needs. Such people have high health costs and may have care needs that are complicated by lower income or level of health knowledge. 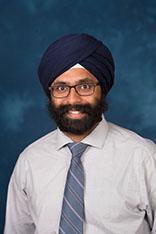 But even these “best” apps for these patients fell short, say the researchers, led by first author Karandeep Singh, M.D., MMSc., an assistant professor of learning health sciences at U-M. Their key findings:

“Clearly there is a large-scale proliferation of apps happening related to health, and people have made the switch over to smartphones,” says Singh. “But the question is, to what extent are apps serving the needs of patients with chronic diseases, and their caregivers, as opposed to generally healthy people seeking help with wellness.”

He adds, “We found that the consumer-generated rating on the app store is a very poor marker of how usable an app is, and whether a physician would recommend it. Clearly, the work is not done once consumers have rated an app. Going forward, we need to evaluate apps on the basis of what would it take for physicians, and organizations that issue clinical guidelines, to start recommending them to patients.”

Singh led the study with senior author David W. Bates, M.D., M.Sc., the chief innovation officer at BWH, with funding from the Commonwealth Fund. The study grew out of previous work by the Robert Wood Johnson Foundation and the National Academy of Medicine to look at mHealth and its implications for the population of patients who use the most health care, and account for a huge percentage of the nation’s health care costs.

The team evaluated apps aimed at people who live with asthma, arthritis, diabetes, high blood pressure, depression, lung disease, liver disease, kidney disease, heart failure and addiction to drugs, alcohol or tobacco. They also looked at apps for people who have survived a stroke, battled cancer, been diagnosed with memory loss or dementia, or are obese or living with pain.

These “high need, high cost” patients, who often face social and economic barriers to health care, and have complex health needs, have been seen as a key group for mHealth options.

App makers have created more than 165,000 mHealth applications. Many aim to help people track their condition day-to-day, stay on track with medication or at-home testing, share information electronically with their care teams and get education and encouragement between doctor’s appointments. Theoretically, this could help them avoid emergencies and long-term problems – and reduce the high cost of their care.

The researchers call for app developers to do better at alerting users about dangerous levels and giving them a course of action – such as calling for help if they’re feeling suicidal or alerting their key contacts if their blood sugar is dangerously low and they’re at risk of passing out.

“Do we really want our mHealth apps to be passive observers, or should we expect that they do more than that, and model themselves after crisis hotlines with specific action plans?” Singh asks.

The lack of direct advice to the user may have something to do with how mHealth apps are regulated, Singh and his colleagues note. Apps are regulated by the Federal Trade Commission, which can respond to misleading claims, the Office for Civil Rights of the Department of Health and Human Services, which oversees compliance with health privacy laws, and the Food and Drug Administration, which can require app makers to remove their apps from the app store but does not have to review most mHealth apps before they’re made available.

Clinicians also need to adapt their thinking to the new age of mHealth apps that their patients are likely using, he notes. “Clinicians still think of apps the way they think of pen and paper – a patient enters information that they need to track, and then communicate it to their health providers on the phone or when they have an appointment,” he says. “But if the information logged in an app is important, it should get dealt with right away. We need to think about care models that allow information to be acted on in real time – so that a blood pressure of 250 uploaded at 3 a.m. gets prompt attention.”