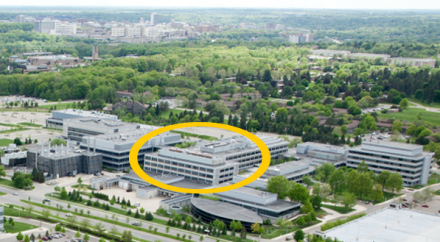 But today, it’s a bustling part of the University of Michigan, which has spent recent years putting its laboratories, offices and event spaces back to good use.

Now, the last two empty buildings on the site will take on a new life, through a $78.5 million renovation project approved today by the U-M Board of Regents.

The U-M Medical School will use the space to create more than 50 modern research laboratories for its faculty scientists and their teams, and spaces for them to connect with one another to fuel discoveries about many diseases.

The project will renovate the last two usable buildings – called 20 East and 25 -- at what U-M calls the North Campus Research Complex. 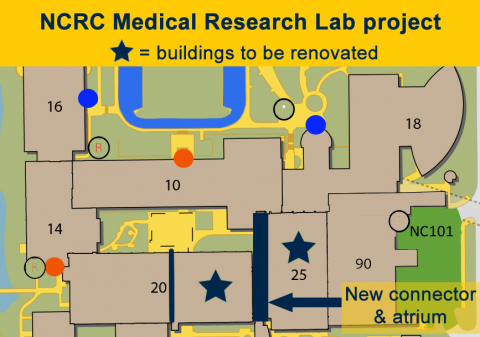 Built by Parke-Davis in 1960 and 1984, respectively, the two structures at the heart of the NCRC campus already have many features that medical research buildings need. U-M will also repurpose lab benches, cabinets and other materials salvaged from areas of NCRC that it has already transformed.

As a result, the creation of nearly 101,000 square feet of renovated laboratory space will cost less than half what it would cost to build a new research building. It will even cost less than a typical lab renovation, while allowing the Medical School to grow its research base using its own financial resources.

The new labs will group researchers working on similar topics into “neighborhoods”, with room for both labs and offices where teams can analyze the vast amounts of data that modern medical research generates.

The project will also give all researchers at NCRC a new gathering space, with a two-story atrium filled with natural light. A new two-story connector will make it easier for many at NCRC to navigate the interconnected buildings and connect with one another as they go. 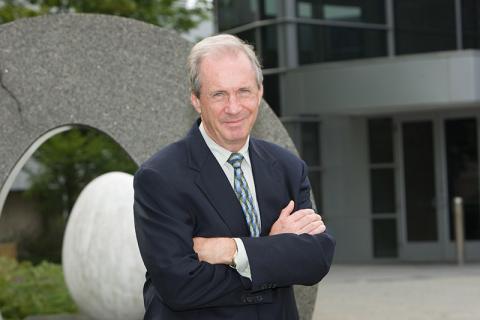 “This is a major milestone in our progress toward redeveloping NCRC, and transforming it from an outpost of the university to a magnet,” says NCRC executive director David Canter. “We’re on track to achieve 100 percent utilization of the site’s existing buildings by 2019.”

Already, 2,700 people work at NCRC – a number that Canter projects will grow to 3,400. That’s far more than worked there during its pharmaceutical heyday.

Canter also notes that in recent years, the Plymouth Road business corridor near NCRC has added new restaurants, shops and services in parallel with U-M’s growing use of the site.

Other NCRC projects under way

The other two major projects now under way at NCRC include an effort to create a new clinical pathology testing facility that will analyze blood samples and other specimens from patients at the U-M Health System, and a $3.8 million plan to turn a former drug manufacturing building into U-M academic archive space.

The same advanced climate control systems, multi-story storage and wide corridors that Pfizer once needed to create, package and ship promising new medicines will serve U-M’s needs well too. The university will conduct a modest renovation to Building 550 to create a modern storage facility for several units on campus, including the Bentley Historical Library; William L. Clements Library; Museum of Art; School of Music, Theatre & Dance; and University Library. The space will provide a modern and stable environment for the preservation of these units' collections.

“Great universities by their nature have collections, which are an immense source of potential new knowledge, and must be accessible for academic research,” says Canter.

The new projects will add to the already thriving community at NCRC made possible by strategic planning that began soon after U-M bought the 174-acre site and its 28 buildings in June 2009. The community includes: