ANN ARBOR, Mich. — America’s opioid drug epidemic has struck hard in Michigan. But now, a team from the University of Michigan is striking back at a key factor: opioid prescriptions for patients before and after surgery.

With a new $1.4 million per year, five-year grant from the Michigan Department of Health and Human Services, and equal funding from U-M, the team today launches an initiative to help medical teams across the state care for surgical patients’ pain -- without setting those patients up for new chronic opioid use, misuse and addiction.

Named the Michigan Opioid Prescribing Engagement Network, or Michigan-OPEN, the effort aims to cut in half both the amount of opioids prescribed to Michigan surgical patients, and the number of patients who still use opioids many months after surgery.

Michigan-OPEN will tap into existing networks of hundreds of doctors, nurses and hospitals across Michigan that work together to improve surgical care. It’s based in the U-M Medical School and Institute for Healthcare Policy and Innovation.

The team will help members of 12 such networks understand and use best practices for pain control in their patients, including the wisest use of opioid painkillers. 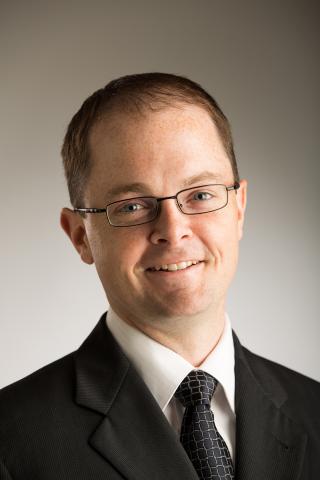 “Surgeons prescribe nearly 40 percent of opioid painkillers in Michigan, but have few resources to guide them on best use of the drugs by patients before and after surgery,” says Chad Brummett, M.D., one of Michigan-OPEN’s three leaders and director of the Division of Pain Research in the U-M Department of Anesthesiology. “We hope that by working with surgical teams across the state, we can fill that gap for the benefit of individual patients and our state as a whole.”

U-M research shows that about one in 10 people who weren’t on opioid drugs before surgery become dependent on them afterward. Such dependency can lead to poor health outcomes, as well as the potential for misuse and addiction to both prescription and illegal opioids, including heroin.

Brummett, along with surgeons Michael Englesbe, M.D., and Jennifer Waljee, M.D., M.P.H., M.S., will lead a team that will collect, analyze and share information about opioid prescribing patterns in the state. That information could help not only providers, but state policymakers and insurance plans combat the opioid epidemic.

Another key Michigan-OPEN effort will help hospitals learn how to hold drug take-back events in their communities.

The most recent such take-back event happened on Saturday, Oct. 8 in Ann Arbor at Pioneer High School and collected approximately 89,500 pills. Surgery was the most commonly reported reason that people having opioids to turn in. The oldest opioid pill turned in was prescribed in 1990.

Such events can help patients with leftover drugs get them out of the house where they can put children or others at risk. The U-M team, which has held three previous such events and collected hundreds of pounds of medication for disposal, has created an online guide available for free to anyone at http://umhealth.me/takebackguide .

Because opioid abuse is a widespread issue in Michigan – costing nearly $2 billion annually and with mortality accelerating faster than in other states – Michigan-OPEN will act quickly to get evidence-based information and guidance to health care teams across the state.

The Michigan-OPEN effort will put special focus on people who have Medicaid insurance, paid for by state and federal funds. Medicaid patients account for 12 percent of surgical patients in the state, but make up 30 percent of people who develop a dependence on opioids after surgery.

In addition to working to prevent addiction in patients whose first opioid experience happens with surgery, Michigan-OPEN will also focus on patients who are already on prescription opioids before they went into surgery.

For example, a recent U-M study conducted by the Michigan-OPEN team shows that such patients’ care was nine percent costlier, and resulted in more complications and hospital readmissions than that of other patients of the same age, insurance status and health level.

One key factor will act in Michigan’s favor: The established networks of doctors, nurses and hospitals that Michigan-OPEN will tap into. Funded by Blue Cross Blue Shield of Michigan, they are called Collaborative Quality Initiatives, or CQIs.

Until now, most CQIs have focused on standardizing surgical care, and preventing complications and errors, in the participating hospitals. Under the opioid initiative, the Michigan-OPEN team will work with each CQI to create “bundles” of tactics targeted to both patients and healthcare providers, that each hospital can use to reduce opioid prescribing and dependence.

This includes strategies geared toward not just surgeons, but also primary care and specialty physicians who care for surgical patients before and after their operations.

For example, Waljee notes that a recent survey of surgeons across Michigan conducted by the Michigan-OPEN team demonstrated that nearly half of surgeons don’t talk about pain management expectations and considerations with patients they will soon operate on.

The CQIs that will take part in Michigan-OPEN in the first year include ones that focus on a broad range of surgical specialties. The data collection and analysis team for each of them is based at U-M, and led by a U-M Medical School faculty member, making coordination with the Michigan-OPEN leaders very easy.

For more about IHPI, visit http://ihpi.umich.edu