The pleasures – and perils -- of protein: Study in fruit flies reveals new clues to appetite and aging

ANN ARBOR, Mich. — If you’re a human who’s really hungry, a handful of nuts, a piece of cheese or a nice juicy steak may really hit the spot. If you’re a fruit fly, a nibble of yeast will do the trick. 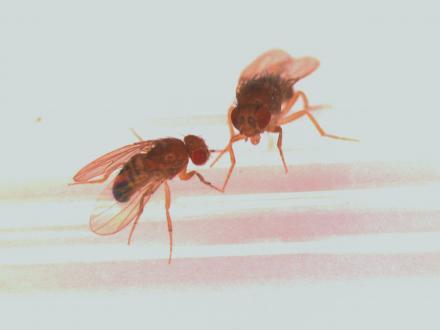 Why do we – and those flies that sometimes inhabit our kitchens – seek out protein-full foods when we’re running on empty? And what does that preference mean for the odds of living a longer life, whether it’s measured in decades for a human, or days for a fly?

New research from a University of Michigan Medical School team suggests for the first time that a brain chemical may have a lot to do with both questions. 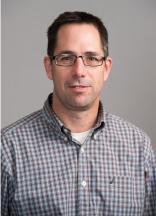 In a new paper in the journal eLife, U-M scientist Scott Pletcher, Ph.D., and his team demonstrate the key role that the chemical called serotonin plays in the feeding habits and life spans of fruit flies. The paper’s first author is Jennifer Ro, Ph.D., now at Harvard Medical School.

Reward in the brain

Serotonin is a “reward” chemical, which means when it’s released in the brain in response to an action, it travels between brain cells and produces a sense of reward or even pleasure.

Pletcher and his team report that it appears to play a key role in fruit flies’ strong tendency to seek out protein, not sugars, when they’ve been deprived of food for a while. In other words, it affects the value that flies place on protein at that time -- which means that it’s somehow tied to how the flies figure out which foods contain protein in the first place.

Not only that, but the brain-based reward that the flies got from eating protein appears to influence how quickly the flies aged.

When that reward was blocked, the flies ate just as much food as before in their normal diets – but lived far longer.

In fact, they lived nearly twice as long – just from blocking a single serotonin receptor found on the surface of only about 100 neurons in their brains.

While it’s far too soon to apply their findings to our understanding of human feeding patterns or longevity, Pletcher notes that the serotonin reward system in fruit flies is very similar to that in mammals including humans.

So are many other basic systems, which is what makes fruit flies such an important species to study because one scientific team can study hundreds of generations of them.

A choice of entrees

The researchers made their discovery by manipulating the genes involved in the serotonin system, as well as manipulating the flies’ access to different types of food using a special chamber they developed. Called the FLIC, or Fly Liquid-food Interaction Counter, this device allowed them to continuously monitor food preferences for each micro-meal and to identify how and when flies were rewarded by a protein-rich diet.

Armed with information, they designed experiments to examine whether such nutritional rewards affect health and lifespan by providing flies just a sugary diet, just a protein-focused diet, or the choice of three options: those two single-nutrient diets and a mixed diet throughout their life.

“This work builds on previous findings that the perception of food modulates aging in much the same way as dietary intake, but the brain regions and systems involved in this have been unknown,” says Pletcher, an associate professor of in the Department of Molecular and Integrative Physiology. “We found that the serotonin pathway is important for interpreting the composition of the food, as well as the reward that drives consumption of the food.”

Protein-rich diets have previously been found to lead to shorter lifespans, he notes. “These results suggest that serotonin is directly involved in this process, though we have not yet found the mechanism,” he adds.

The new results add to a changing scientific view of how food affects health and lifespan. The way animals respond to nutrients, including detecting them in their environment and seeking out certain ones during different times, goes far beyond simply seeking calories of any kind. Protein, which is crucial for building and maintaining cells in the body, serves a different function from sugars and other carbohydrates, which are sources of energy.

The brain’s ability to register that an animal has eaten enough of a certain nutrient is key to its ability to signal -- via reward pathways -- that an earlier hunger has been satisfied, Pletcher explains.

Even when that reward pathway was blocked in the fruit fly experiments, the flies stopped eating for other reasons -- they didn’t stuff themselves dangerously. But the inability to sense the special reward that they usually would have gotten from eating protein did something to influence their lifespan. Now, the Pletcher group is working to determine just what that might be.

In the meantime, humans whose stomachs are rumbling and brains are sending a message of serious hunger should feel free to satisfy that craving for a protein-rich snack or meal. Just don’t bank on it having any particular impact on your lifespan – after all, human lives are much more complex than those of fruit flies.

But more research in fruit flies may help us understand just why protein seems the most appealing or causes a unique sense of reward. Says Pletcher, “This paves the way for future work to understand how the brain mechanisms that allow animals to perceive and evaluate food act to control lifespan and aging.”