As supply problems loom, study of 2010 shortage shows more risky and expensive tests got used when technetium-99m was in short supply

ANN ARBOR, Mich. — Nearly 15 million times a year, Americans with heart trouble climb onto a treadmill to take a stress test that can reveal blockages in their heart’s blood vessels. It’s a major factor in deciding what doctors should do next for them. 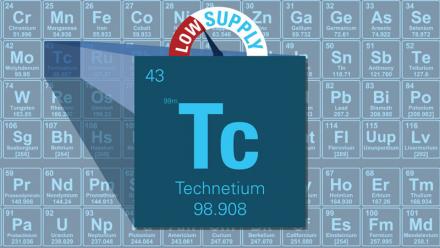 Technetium 99m is a short-lived radioactive isotope of the element technetium, and is used in heart stress tests.

But in October, many such patients may not be able to get the best possible test, due to a looming shortage of a crucial short-lived radioactive element.

Called technetium-99m or Tc-99m, it’s the one of the best ways to test for those blockages from outside the body. But one of the key sources for U.S. patients will stop producing it in October. And the situation may worsen, depending on what happens in the global nuclear realm.

This means many heart patients could end up getting less-precise stress tests, or more invasive, riskier and more costly heart imaging instead, according to University of Michigan Medical School research recently published in JAMA Cardiology. 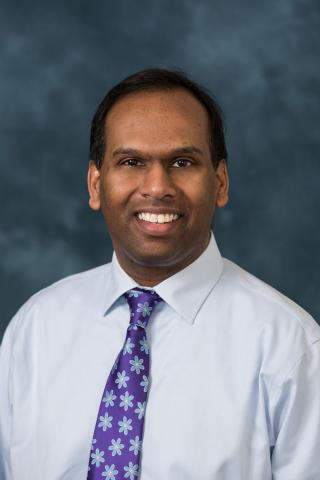 As hospitals tried to compensate for the lack, more patients had less-precise thallium-based scans that may have prompted doctors to send them for follow-up using a costly invasive heart-imaging procedure. In fact, the study finds, over 5,700 additional patients ended up having such procedures – called coronary angiography -- during the shortage, exposed them to more risk and radiation.

This week, Murthy presented the findings and more to a summit of nuclear experts who are grappling with the issues related to Tc-99m production. He also shared results from a small Canadian study of the 2010 shortage, showing similar patterns.

Also this week, the National Academy of Sciences published a report on the issue, which adds fuel to the U-M team’s warnings and lays out what’s known about long-term options for easing the shortage. The NAS report warns of a “substantial (>50 percent) likelihood of severe…supply shortages after October 2016.”

“Even under the best of circumstances, this material has quite a complicated supply chain, especially considering the regulations around transporting radioactive materials,” says Murthy. “But we rely on Tc-99m as part of stress tests to ensure that we only send the patients for further study and treatment who will benefit the most.”

His study, conducted with U-M cardiologist Brahmajee Nallamothu, M.D., M.P.H. and team at the U-M Institute for Healthcare Policy and Innovation, looked at the type of stress test known as SPECT myocardial perfusion imaging, which can use Tc-99m or, less precisely, thallium-201. They also looked at the use of other heart-imaging techniques including PET (short for positron emission tomography), coronary angiography and stress echocardiography.

During the 2010 shortage, the percentage of SPECT MPI scans done with Tc-99m dropped from 65 percent to 49 percent, with thallium being used as a substitute. Meanwhile, the rate of patients who went for an invasive coronary angiography within 90 days of having a SPECT MPI scan increased by nearly 10 percent.

Though they can’t tell for sure from the data, the researchers say this suggest that patients who had the thallium scans were sent for further testing using the invasive angiography technique because the initial scan gave a false positive for serious blockage. The Canadian study showed a jump in the false positive rate when thallium scans were substituted for Tc-99m scans during the shortage.

Murthy also notes that thallium is less expensive than Tc-99m even when it’s widely available. He fears that cost-conscious decisions about purchasing the tracers, as well as worries about a consistent supply, may be driving the overall decline in Tc-99m use that’s been seen since the 2010 shortage. But cost-benefit decisions, even as the price of Tc-99m rises when supply shrinks, should include the cost of follow-up tests after a false-positive thallium scan, he urges.

The source of the problem

The shortage issue centers on the supply chain for Tc-99m’s “parent” element, molybdenum-99, or Mo-99. Right now, it can only be made by processing uranium in a nuclear reactor or particle accelerator. One of those reactors – at Chalk River in Ontario, Canada – will shut in October.

A steady supply of Mo-99m, which has a half-life of about three days, is needed to make enough technetium to meet world demand. Because Tc-99m’s radioactive half-life is just six hours, it must be made from Mo-99 at or near the place where the heart patients get their stress tests. U-M’s own hospital receives a shipment once a week.

The U.S. and Russia are the only source of the highly enriched uranium currently used in to make Mo-99 at sites in Canada and western Europe. But U.S. nuclear policy calls for an end to shipments outside the country in a few years. Nuclear arms control efforts aimed at reducing the proliferation of materials which could be used in making weapons are complicated by regular shipments of highly-enriched uranium around the world.

Murthy and his colleagues at the University of Michigan Cyclotron Center have begun making a radioactive form of ammonia using an even smaller cyclotron that went online earlier this year at the U-M Health System. The ammonia can be used in PET heart imaging – a technique that’s more acurate than SPECT imaging. In the JAMA Cardiology study, traditional PET imaging accounted for less than 1 percent of all heart imaging in 2012.

“I worry that this issue is not high on the radar, and that there could be a shock to the system if we do not solve the molybdenum supply issue,” says Murthy. “We seem to be increasingly relying on a substance, thallium-201, that should mostly be used as a backup option. Anything that decreases the accuracy of stress testing in the long run could reduce the use of a highly useful and widespread tool for imaging the heart. We need to make informed decisions about this issue.”