Health coverage on the rise for those in the justice system, U-M study finds

But 1 in 3 people with recent justice involvement still lack health insurance, and those with private insurance lag in addiction treatment

ANN ARBOR, Mich. — Every year, millions of people in prison or jail struggle with mental health issues and substance use disorders. And after they get out, those issues can increase their chances of another arrest if they don’t receive treatment. 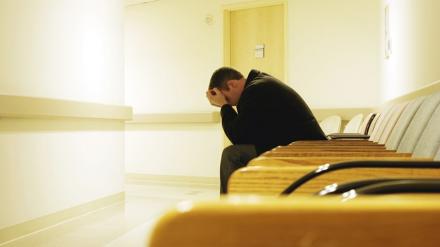 But results from a new study of recent changes in a different area of the law -- health insurance -- may signal that this cycle could soon shift.

During the first years of the Affordable Care Act, the study finds, the rate of health insurance coverage rose significantly among people who in the past year had been arrested or were on probation or parole.

But the study also finds that justice-involved individuals still lagged behind people without justice involvement in gaining health coverage. The work, by researchers from the University of Michigan Medical School and Institute for Healthcare Policy and Innovation, is in the Journal of General Internal Medicine.

The findings are based on data from the years after the ACA’s major insurance provisions went into effect -- including one that allows a young adult to stay on a parent’s insurance plan until age 26.

The data also include the first year of Medicaid expansion, which began in 2014 in many states and has now been adopted in 31 states, opening up health coverage to low-income families and individuals.

The researchers studied national data from surveys of nearly 16,000 adults under age 65 who were recently on probation or parole or under arrest between 2008 and 2014. They compared them with more than 218,000 adults in the same time period who had no justice system involvement.

“The mandate that insurers cover young adults on their parents’ plans had a larger effect on justice-involved individuals than on other adults under age 26. We were surprised by the magnitude of the effect – a 13 percentage point drop -- which suggests that private health insurance reform can be an important tool to increase coverage in this group,” says Tyler Winkelman, M.D., M.Sc., lead author of the new study.

“Similarly, Medicaid expansion and the new private insurance exchanges significantly reduced uninsurance for this population,” adds Winkelman, a Robert Wood Johnson Clinical Scholar at IHPI. “But their uninsurance rates remain substantially higher than the general population. More work is needed to close the insurance gaps, and to ensure that that insurance coverage leads to better rates of treatment for substance use, mental illness, and chronic disease.”

Before coming to U-M, Winkelman cared for uninsured and Medicaid-covered patients in a federally qualified health center before and after the ACA’s insurance provisions took effect. The health center was close to a jail, and many patients had recently been released or were on probation.

Seeing some of these patients obtain coverage, receive mental health and substance use treatment, and get back on their feet with employment and relationships sparked his interest in studying the ACA’s impact on a broader scale.

Winkelman and his colleagues probed publicly available data from the National Survey of Drug Use and Health, conducted on behalf of the federal Substance Abuse and Mental Health Services Administration. Every year, the survey reaches 50,000 people nationally, asking about substance use disorders, mental health, and insurance status.

The new study shows the immediate and sizable impact of the Affordable Care Act’s mandate that insurers let adult children up to age 26 remain on their parents’ employer-sponsored private insurance, starting in late 2010. The late teens and early 20s are peak years for the onset of mental health and substance use disorders. Past research suggests that 70 percent of justice-involved individuals have a substance use disorder or a mental health issue.

The portion of justice-involved individuals who had insurance grew over time. But a higher percentage of them remained uninsured in 2014, compared with those without justice involvement.

Surprisingly, the new data show that privately insured people with justice involvement received treatment for illicit drug use or depression less often than people with Medicaid. Winkelman says this may be due to Medicaid’s care-coordination services and relatively robust infrastructure for mental health and substance use treatment.

Winkelman notes that new efforts to enroll people in health coverage during jail and prison stays have been introduced in some states by departments of corrections and social service agencies. But some states don’t facilitate health insurance enrollment prior to release. Under law, people currently in prison or jail may not receive routine care paid for by Medicaid or Medicare, though they can receive coverage by those programs for hospital stays over 24 hours.

IHPI researchers are seeking to study the issue further. Winkelman is also carrying out in-depth interviews at a U-M Health System clinic that serves a relatively large number of people with justice system involvement and Healthy Michigan Plan coverage.