ANN ARBOR, Mich. – Even as doctors across America encourage their patients to share concerns about depression, anxiety and other concerns, so they can get help from modern treatments, a new study suggests the doctors may be less likely to seek help for those same concerns about themselves. 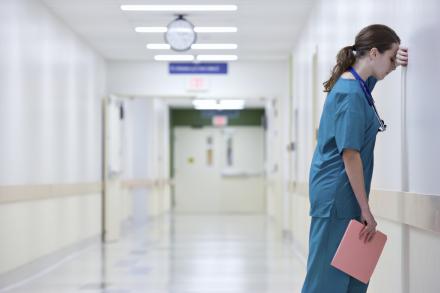 Part of the reason lies in concern that due to stigma, others may doubt their ability to keep up with a demanding profession.

But there’s another factor: Many states require physicians to report any mental diagnosis – no matter how mild or treatable, or how far in the past – to their state medical licensing board.  This leads physicians to fear that seeking help for depression or anxiety could lead to restrictions on their medical license.

In a survey answered by more than 2,100 female physicians who are also mothers, nearly half believed they had met the definition for a mental illness at least some time during their career, but had not sought treatment. Two-thirds reported that fear of stigma drove them to keep their worries quiet.

One in three of the women who answered the survey said they’d been given a formal mental health diagnosis since medical school. Many thought they could manage their situation on their own, including writing their own prescriptions or paying cash for visits to avoid having an insurance company record, says lead researcher Katherine Gold, M.D., M.S.W., M.S. of the University of Michigan Medical School.

Only six percent of those who had ever been diagnosed had reported it to their state licensing board, as most felt their condition didn’t affect the care they gave.

More research is needed on this issue, to reduce stigma among physicians and to help physicians feel safe seeking care, says Gold. And, she says, state standards should be examined to ensure they focus on medical conditions which currently affect patient care, rather than requiring disclosure of old, mild, or stable and well-controlled problems.

The study, published in General Hospital Psychiatry, surveyed the physicians anonymously via a closed Facebook group that acts as an informal career and parenting support network for more than 57,000 physicians who are mothers.

A snapshot of a community 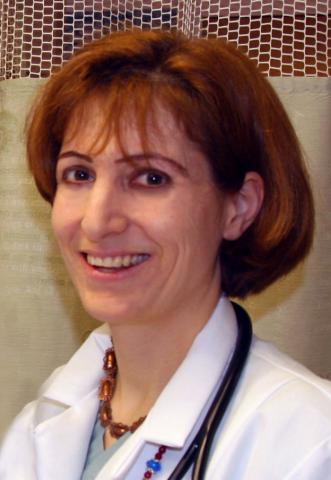 Gold, a U-M assistant professor of family medicine and obstetrics and gynecology, started the study because of anecdotes she had heard from other female physicians who had advised others against seeking help for depression because of the professional consequences.  Also, past studies have shown higher rates of suicide and suicidal thoughts among female physicians.

But she found few studies of mental health diagnosis, barriers to care and response to state reporting requirements among practicing physicians of either gender.

She started her research using the Facebook group because it includes a broad group of physicians across the country in various career stages and specialties. The resulting snapshot reveals wide variation in response to mental health symptoms.

That same variation exists in state requirements for reporting, says Gold. For instance, some states ask if physicians have ever been diagnosed with a mental health problem, while others ask if they’ve had such a diagnosis in the last few years. Some ask if they have ever been hospitalized for a mental health reason.  Most positive responses result in increased investigation by boards.

“There has always been a stigma and a fear around mental illness, and that’s what’s reflected in many state licensing board questionnaires,” notes Gold, who is a member of the U-M Depression Center. “There’s a huge discrepancy between what states ask about physical conditions – such as whether those conditions affect their ability to practice – and what they ask about mental conditions, where the impact on their abilities is not asked about.”

And while studies have shown that substance use issues can have an impact on physicians’ ability to practice, few studies have looked at whether and how non-substance-related mental health issues impair physician performance. In fact, Gold notes, some physicians report working even harder to keep their depression or other condition from affecting their patient care.

Gold notes that challenges under the Americans with Disabilities Act to licensing requirements for other professions such as lawyers, may help to change the questions states ask physicians too. Since some mental health issues -- such as post-partum depression or anxiety related to a specific event – are self-limiting, the wording of a state’s questions matters greatly, Gold says. Similarly, medication and psychotherapy can control symptoms of other conditions over the longer term.

One option to help states modernize requirements around mental health might be to adopt the approach that hospitals use when deciding whether to extend credentials to a physician: requiring endorsements from a physician’s peers or supervisors based on performance.

At the same time, she says, medical schools, hospitals, physician groups and medical professional societies need to do more to help trainees and physicians understand that mental health symptoms can occur in anyone, especially in medicine which encourages high standards and perfection. They should also offer confidential, third-party options for physicians and other providers to seek help in a non-punitive way when they do experience symptoms.

Gold and her colleagues hope to do further research on broader populations of physicians, including looking at the relationship of physician burnout or resilience to depression. She also hopes to study state management of self-reported physician mental health issues.

Gold, and co-author Edward Goldman, J.D., are members of the U-M Institute for Healthcare Policy and Innovation. Senior author Thomas Schwenk, M.D., is dean of the School of Medicine and vice president of the Division of Health Sciences at the University of Nevada. Co-author Louise B. Andrew, M.D., J.D., is founder of a company that assists physicians with stress related to litigation and a website devoted to prevention of physician suicide.