Sight-threatening conditions may be going undetected in some children

Children are less likely to be diagnosed with crossed eyes, known as strabismus, if they live in poor communities 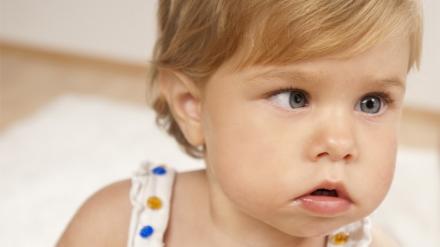 Strabismus can lead to permanent vision loss if not treated early in life.

ANN ARBOR, Mich. -- Children are less likely to be diagnosed with crossed eyes, a condition known as strabismus, if they live in poor communities, according to an analysis led by researchers at the University of Michigan’s Kellogg Eye Center.

It is a cause for concern because strabismus can lead to permanent vision loss if not treated early in life, not to mention the negative impact on the child’s self-esteem.

The study was published in the journal Ophthalmology by U-M ophthalmologists Joshua Ehrlich, M.D., M.P.H, Joshua Stein, M.D., M.S., and their colleagues. When they reviewed data on 1 million children ages 10 and younger, the authors found a deep racial divide in diagnosis rates of strabismus. White children were twice as likely as black and Hispanic children to be detected with strabismus, a difference that biological factors could not explain.

The researchers also noticed differences in rates of strabismus based on the community where the child lived. For example, in North Carolina, children who lived in less affluent communities such as Goldsboro and eastern Raleigh had a strabismus diagnosis rate of 0.55 percent — far lower than the statewide average of 1.11 percent.

By comparison, in more affluent cities such as Durham, Southern Pines and Wilmington, children were diagnosed at much higher rates. In Flint, Michigan, a city where a cost-cutting move put children at risk for lead poisoning, and in Detroit, strabismus was diagnosed much less often than in the more affluent Detroit suburbs.

“Some differences based on geography were expected, but it was alarming to see such dramatic differences, especially for groups of children who live in such close proximity,” Ehrlich says.

The importance of the findings

The study authors say the findings highlight the importance of ensuring that all children have access to eye care professionals and necessary services to properly diagnose and treat strabismus.

“Schools in less affluent communities may not have the resources to offer vision screenings. Families may struggle to find local eye care specialists who accept Medicaid and are willing and able to evaluate a child who failed a vision test,” says Ehrlich, a fellow in ophthalmology at U-M.

The study covered children ages 10 and younger living in Michigan and North Carolina who were identified through the Medicaid Analytic eXtract database. The database includes health insurance claims data for all children enrolled in Medicaid throughout the United States.

“Identifying communities with relative increases and decreases in the likelihood of sight-threatening childhood eye diseases can be of critical importance to health policymakers who are tasked with improving the health and well-being of children and reducing disparities in childhood ocular diseases,” says Stein, an associate professor of ophthalmology and a member of the Institute for Healthcare Policy and Innovation.

Treatment of strabismus is known to be among the most cost-effective interventions in ophthalmology because of the potential lifelong consequences of irreversible vision loss if left untreated. Treatment can include eye muscle surgery or wearing a patch over the better eye to force the weaker eye to work harder and develop better vision.

The cause of strabismus is not always clear, but in most cases the problem is present at or shortly after birth.

Support for the study was provided by the W.K. Kellogg Foundation and a Research to Prevent Blindness Physician-Scientist Award.