50 years ago this month, a new era in health care dawned

ANN ARBOR, Mich. -- It was July of 1966. Lyndon Johnson was in the White House, “You Can’t Hurry Love” was on the radio, Billie Jean King had won her second Wimbledon title, and NASA had just launched its first moon-orbiting spacecraft. 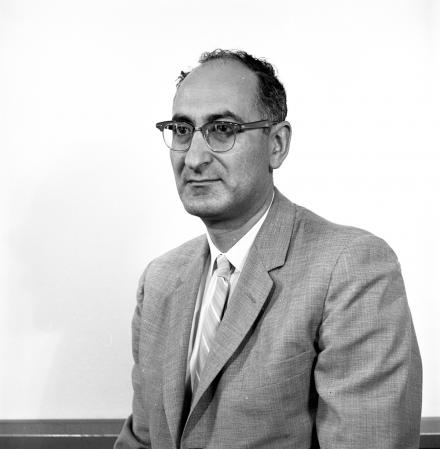 But in health care, that month holds a different historical significance.

The landmark event was quiet, but its impact lasts to this day, in the form of better health care for Americans of all ages.

But not just any paper – a framework for measuring and improving many facets of the quality of health care. In this week’s New England Journal of Medicine, a pair of modern-day U-M health care researchers looks back on this paper and its long-lasting effects.

Even now, 50 years later, its framework forms the basis for efforts to improve care in cancer, heart disease, diabetes, children’s health and beyond; initiatives to prevent medical errors and hospital-acquired infections; ways of rating American hospitals; programs to prevent disease, and much more.

In recent years, it’s started affecting the way hospitals, doctors and insurance companies get paid for what they do.

Donabedian, a professor at the U-M School of Public Health, titled his paper “Evaluating the Quality of Medical Care” and published it in the Milbank Quarterly journal.

Just a few months before it came out, the first U.S. senior citizens had just started to get health insurance through a new federal program called Medicare. Donabedian’s paper grew out of a national meeting in October 1965 that kicked off the federal government’s formal effort to study health care economics and quality, especially in the new Medicare system.

As an immigrant who had trained and practiced as a physician in Lebanon but did not practice in the U.S., Donabedian could assess the quality of American health care from a distinctive perspective, according to the new piece by U-M professors John Z. Ayanian, M.D., M.P.P. and Howard Markel, M.D., Ph.D.

“Professor Donabedian's landmark article in 1966 created the framework that health care leaders and researchers around the world have used over the past 50 years to measure and improve the quality of care we deliver to patients,” says Ayanian, who directs the U-M Institute for Healthcare Policy and Innovation. IHPI brings together more than 470 U-M researchers from many disciplines who draw on Donabedian’s framework to study and improve health care.

Markel, a physician and medical historian who directs the U-M Center for the History of Medicine, notes, "As both a long time Michigan faculty member and editor in chief of the Milbank Quarterly, it's a double honor to help celebrate Dr. Donabedian's legacy. His paper on the quality of medical care remains the most cited paper in the long history of the Milbank Quarterly and one of the most widely cited papers in American public health and health policy."

He continued to build on his landmark article over the next three decades at the University of Michigan, and saw his work become part of multiple national efforts to deliver care that is safe, effective, patient-centered, timely, efficient, and equitable.

Professor Donabedian died in 2000 before he could see the full impact of his work in a world where digital medical records and the Internet make it far easier for researchers, government agencies, health care providers and the general public to use data about health care.

Before his passing, after experiencing first-hand the ups and downs of American health care during a long illness, he reflected on what lies at the heart of any efforts to study and improve care:

“Health care is a sacred mission... a moral enterprise and a scientific enterprise but not fundamentally a commercial one,” he stated. “We are not selling a product. We don’t have a consumer who understands everything and makes rational choices — and I include myself here. Doctors and nurses are stewards of something precious . . . . Ultimately the secret of quality is love. You have to love your patient, you have to love your profession, you have to love your God. If you have love, you can then work backward to monitor and improve the system.”