One of only 87 medical examiner and coroner offices in the U.S. to receive full accreditation

ANN ARBOR, Mich. — For the first time in more than 40 years, the Wayne County Medical Examiner’s office has earned a spot among the top organizations in the country for investigating deaths, conducting autopsies and operating a morgue. 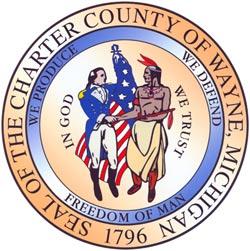 Under the partnership, U-M runs the medical examiner office for Wayne County, and offers an academic program in forensic pathology.

The National Association of Medical Examiners has granted the county accreditation, following a thorough inspection and review of the county morgue in Detroit and evaluation of its practices, processes and resources.

The new distinction is a direct result of a unique partnership between the county and the University of Michigan Medical School, which runs the Medical Examiner’s office under a county contract and employs its forensic physicians and staff.

“The accreditation is a distinction that demonstrates our commitment to excellence,” said Wayne County Executive Warren C. Evans. “Our medical examiner’s office is one of only 87 in the nation to hold this accreditation. It reinforces to the families and loved ones of the deceased that our Medical Examiner’s office operates with the highest level of integrity and compassion.”

Wayne County was actually one of the first to earn the accreditation in the 1970s, but the status was allowed to expire and not pursued again until after the U-M partnership began in 2011 and was expanded in 2014. The county executive appoints the Chief Medical Examiner, a title currently held by Carl Schmidt, M.D.

“Accreditation by the National Association of Medical Examiners means that Wayne County has a medical examiner’s office that meets a widely recognized standard,” said Dr. Schmidt, who is also an associate professor of pathology at U-M. “There are not many offices that meet this standard. More important, it recognizes the quality and effort of the staff that made this possible, often under difficult circumstances. This is really their achievement.”

U-M’s team has also assisted the Washtenaw County Medical Examiner’s office in attaining accreditation. Besides Wayne and Washtenaw, only four other programs in Michigan are accredited.

“This is a proud achievement for our entire team,” says Jeffrey Jentzen, M.D., Ph.D., director of autopsy and forensic services at the U-M Department of Pathology and the leader of the U-M effort to run both counties’ medical examiner operations.

“Accreditation assures citizens and the community that the office functions at a high level and provides systematic quality and timely service. It also provides a mechanism for continuous review and assessment in order to maintain accreditation,” Jentzen says. “It provides transparency and peer review, and documents measures of quality such as turnaround time, volume and staffing, certification of pathologists and investigators, safety practices and other essential functions of the office."

The team at Wayne County Medical Examiner’s office performs more than 2,500 forensic examinations of sudden, violent and suspicious deaths each year, one of the largest totals in the country.

Thanks to the strength and size of the Wayne County partnership, U-M has launched a training program to help physicians at the start of their career train in forensic pathology. The one-year Forensic Pathology Fellowship can help address the country’s shortage of trained death investigators.