ANN ARBOR, Mich. — Despite predictions that expanding Medicaid would crowd doctor’s offices with new patients, and crowd out patients with other kinds of insurance, a new University of Michigan study finds no evidence of that effect.

In fact, the 600,000 Michiganders who signed up for the Healthy Michigan Plan in its first year faced better odds of getting an appointment, and similar wait times for a first appointment with a new clinic, before and after the expansion.

That’s despite the requirement – written into the fabric of Michigan’s Medicaid expansion – that all enrollees get a primary care appointment within 90 days of getting coverage. And it’s despite the fact that the plan far exceeded the expected number of enrollments in its first year.

At the same time, people with private insurance seeking a first appointment with a new primary care provider had no significant decrease in the number of clinics able to take them on as new patients, nor a sizable increased wait until the first available appointment.

And patients with both kinds of insurance saw a rise in the chances that their first primary care appointment at their new clinic would be with a nurse practitioner or physician assistant, rather than a doctor.

Results could inform debate in other states

The study, published in The American Journal of Managed Care, builds on a previous U-M study that looked at what happened in the first four months after Medicaid expansion.

The authors hope that the full year’s worth of data will help inform debates in the 19 states that have not expanded Medicaid under the Affordable Care Act.

The Healthy Michigan Plan enrolled 90 percent of previously uninsured working-age adults in the state in its first year. The new study was conducted by researchers from U-M’s Institute for Healthcare Policy and Innovation who are faculty in the U-M Medical School and School of Public Health. 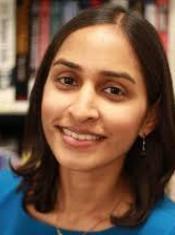 “One year after Medicaid expansion in Michigan, primary care appointment availability for new Medicaid patients increased, even though enrollment in the program almost doubled,” says lead author Renuka Tipirneni, M.D., M.S., a clinical lecturer in the Division of General Medicine at the U-M Medical School.

The team used a “secret shopper” phone inquiry method to measure the availability of primary care appointments and the kinds of providers patients would see at their first visit. Research team members called nearly 300 primary care clinics several months before expansion took effect, and three times in the first year afterward. They posed as relatively healthy patients looking for a routine checkup with a new health provider.

Overall, wait times for the first available appointment for all patients stayed the same as before the Medicaid expansion took effect, at about a week. Though wait times went up about three calendar days for privately insured patients in the first four months, they remained within only a week or two.

“This unexpected increase in appointment access may be partially explained by the growing importance of non-physician providers, such as nurse practitioners and physician assistants,” says Tipirneni.

Before Medicaid expansion, 8 percent of new Medicaid patients and 11 percent of privately insured patients would have seen a nurse practitioner or physician assistant at their first appointment at their new primary care site. By one year after expansion, those numbers had gone up to 21 percent and 18 percent, respectively.

The “secret shopper” study measured how easy it was for Healthy Michigan Plan participants to fulfill a key provision of their new coverage: the requirement that they see a primary care provider within three months of getting covered. This stipulation, and other requirements for plan members, was included in the plan under a waiver with the Centers for Medicare and Medicaid Services.

Combined with the larger-than-predicted numbers of people who enrolled in the plan, this requirement had caused some worry that appointments would be hard to get. That’s what motivated the U-M team to study the issue, with funding from the Blue Cross Blue Shield of Michigan Foundation and the Robert Wood Johnson Foundation.

The U-M Institute for Healthcare Policy and Innovation has a separate state contract to evaluate the overall impact of the Healthy Michigan Plan by studying issues of access, provider practice and enrollee experience directly. For more about this effort, visit http://umhealth.me/ihpihmp .

In addition to Tipirneni and senior author Matthew M. Davis, M.D., MAPP, a member of U-M’s medical, public health and public policy faculty, the study’s authors are Karin V. Rhodes of the Office of Population Health Management in the Hofstra Northwell Medical School, Rodney Hayward of the U-M Medical School and VA Center for Clinical Management Research, HwaJung Choi, Ph.D. of the Division of General Medicine, Richard L. Lichtenstein of the U-M School of Public Health, and Elyse N. Reamer of the RWJF Clinical Scholars Program at U-M. All except Rhodes, Choi and Reamer are members of IHPI.