ANN ARBOR, Mich. — Every hospital’s intensive care unit has treated them – the critically ill patients who spend weeks going from crisis to crisis, never quite getting better enough to get out of the ICU, but never quite dying. 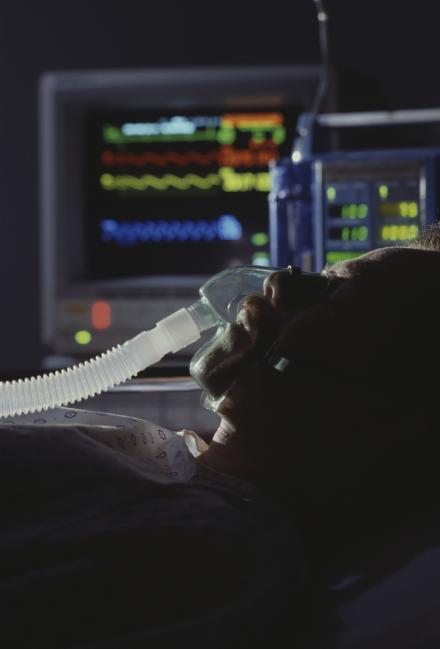 Now, new research shows they really are a different kind of patient – and that despite their tiny numbers, they’re using a vast chunk of healthcare resources.

Just 5 percent of ICU patients account for 33 percent of all days that ICU beds get used, the study shows. The researchers have even given a name to what these patients have: Persistent Critical Illness, or PerCI for short.

The team, from the University of Michigan Medical School and the VA Ann Arbor Healthcare System in the US and Monash University in Melbourne, Australia, based their work on data from more than 1 million ICU patients. Their findings are published in Lancet Respiratory Medicine.

The new findings could pave the way for better care and tests of new treatment options to keep patients from sliding into this limbo state. 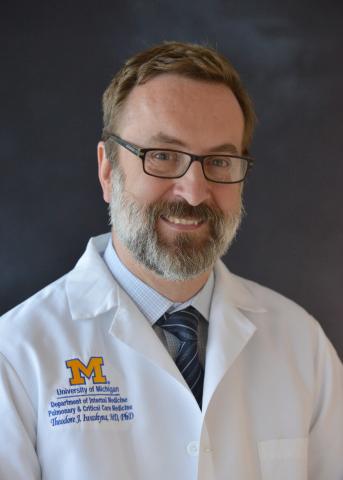 “We have found that this truly is a separate ‘thing’ -- a state patients transition into where you’re there because you’re there, stuck in this cascade that we can’t get you out of,” says Theodore Iwashyna, M.D., Ph.D., a U-M Medical School ICU physician who led the study while on sabbatical in Australia. “The reason why these patients came in to the hospital in the first place doesn’t matter nearly as much anymore -- what matters is that they’ve been there, and some aspects of how well their body worked before they came in, such as age.”

While he and his colleagues say it’s too early to change how ICU teams practice based on these findings, they hope their work will lead to more efforts to see which hospitals may be doing better at pulling patients out of PerCI, and to conduct clinical trials of tactics that could prevent it or rescue patients from it.

Further understanding of PerCI could also help families and care teams have better conversations about the long-term prospects for patients who have been in the ICU for weeks. “We need to help the fraction who are inevitably going to die do so with dignity, and at the same time help those who are not fated to die to get better treatment,” says senior author Rinaldo Bellomo, M.D., of Monash University.

But, Bellomo adds, “This study provides the first real data to let us identify these patients based on their characteristics, rather than just expert opinion. Now that we can objectively characterize the patients, it opens up a whole new set of options to study them, to understand the mechanisms that lead to persistent critical illness, and most importantly to try to improve their care with randomized clinical trials.”

Carol Hodgson, Ph.D., a  Monash University ICU physiotherapist and second author, points out that PerCI draws attention to different characteristics of patients than other efforts to characterize such long-stay patients. “Sometimes these patients are labeled as ‘failure to wean off of a ventilator.’ That label focuses the care team on the particular details of respiratory mechanics,” she says. “Our clinical experience and our data suggest instead that the problem may be that PerCI patients may never even reach the point where ICU doctors are able to try to get them off a ventilator — they just keep cascading from new problem to new problem. These patients need particular strategies that may prevent or reduce PerCI within the ICU, and additional resources to facilitate safe discharge from the ICU and hospital, with only 50% able to be discharged home.”

To perform the study, the team used data from 1,028,235 critically ill patients treated in 182 ICUs across Australia and New Zealand between 2000 and 2014. These data were collected as part of the ongoing peer review and quality assurance programs of the bi-national Centre for Outcome and Resource Evaluation.

Of these million patients, 51,509 were found to have what the researchers define as PerCI. This seemingly tiny group of patients collectively spent more than a million days in ICU beds, and more than 2.2 million days in the hospital overall.

Nearly one-quarter of the patients with PerCI died in the ICU. Just under half were able to go directly home from the hospital – compared with three-quarters of non-PerCI ICU patients.

To define PerCI, researchers looked at hospital records to see how well each patient’s eventual path could be predicted. They first did this using the usual tools that ICU teams use to calculate the severity of each patient’s condition and their chances of dying using thorough new risk scores developed by Monash statistician Michael Bailey, Ph.D.  These scores included not just the specific diagnosis that sent them to the hospital, but also specific in-hospital test results and monitoring of vital signs and physiology. They also looked at whether a patient’s risk of dying could be predicted by factors that related to this or her pre-hospital state – such as age, gender and pre-existing chronic conditions.

In the end, they found that after about 10 days in the ICU, the usual clinically based prediction tools lost their power to predict risk of death. Who the patient was before he or she came to the hospital mattered more to their chance of dying.

And that, the researchers say, signals a transition to PerCI. The timing of this shift could be sooner for patients with certain diagnoses, and later for others. But for nearly all patients, it happened sometime during the second week of an ICU stay.

This graph shows that around Day 10 of an ICU stay, patients enter a state called persistent critical illness, or PerCI, where the reason they entered the hospital becomes less important than who they were before they became ill or injured. The graph is based on data from more than a million ICU patients treated in Australia and New Zealand.

From his experience treating patients with what he now sees as PerCI, Iwashyna says they’re some of the most heartbreaking for clinicians as well as for families. “These are the ones where no matter how hard we try, we can’t get them balanced,” he says. “You feel like you should be able to get ahead of the things that keep erupting in them. You’re always chasing yesterday’s problem, and meanwhile they’re developing tomorrow’s problem,” from pneumonia and gastrointestinal bleeding to sepsis and Clostridium difficile infections.

So for PerCI studies going forward, the researchers say, the key will be to figure out how to break the cycle of dependence on ICU care, by getting out ahead of issues. Further research could also help show which hospitals are doing better at getting PerCI patients out of the ICU – either through a dignified death in hospice or at home, or through recovery.

To have one-third of ICU bed days taken up by a little-understood small group of patients means a tremendous opportunity to make the best use of ICU beds. Such beds are often in short supply and must be available for surges in use during public health emergencies. ICU care also costs a lot because of the high level of resource use and staffing surrounding it. In fact, it accounts for 1 percent of the U.S. gross domestic product.

In addition to Iwashyna, Bellomo, and Hodgson, the research team included David Pilcher, M.D., Michael Bailey, Ph.D., Allison van Lint, Ph.D. and Shaila Chavan, M.S. of Monash. Iwashyna is an associate professor of internal medicine at U-M and a member of the VA Center for Clinical Management Research and the U-M Institute for Healthcare Policy and Innovation.