In a first of its kind study in the U.S., those with IBS overcame symptoms with diet changes compared to control

SAN DIEGO -- A change in diet improves the lives of those diagnosed with a common, but hard-to-treat gut disorder. 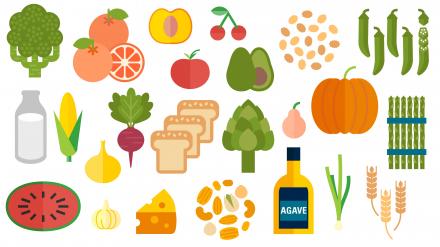 That’s the result of research presented at Digestive Disease Week today that studied, for the first time in the United States, the result of following a carefully controlled diet to improve the symptoms and quality of life for those with irritable bowel syndrome.

“This is the only methodically rigorous clinical trial to show that diet-based therapy can not only improve symptoms, but also quality of life in patients with IBS,” says lead researcher Shanti Eswaran, M.D., an assistant clinical professor at the University of Michigan Health System who researches the role of diet and food in functional bowel diseases such as IBS. 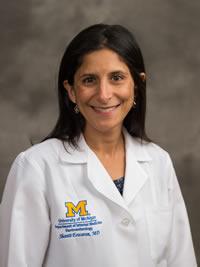 Irritable bowel syndrome can be highly debilitating, if not virtually paralyzing, and affect work, sleep and personal and family relationships.

Most treatments initially rely on medications that are often expensive, usually ineffective and frequently cause unwelcome side effects. And unfortunately there is no cure.

Many practitioners and patients have turned to diet as a possible treatment, but many of the dietary recommendations have not been backed by clinical trials.

The study, the largest of its kind, measured the degree of relief from low FODMAP, a frequently recommended diet, which stands for Fermentable Oligo-Di-Monosaccharides and Polyols.

Over a six-week process, registered dietitians educated and monitored the progress of more than 90 IBS patients. Roughly half followed a prescribed low FODMAP diet, and half were a control group that used a common-sense regimen, cutting down on large meals, binges and known irritants such as caffeine and alcohol.

The results were impressive:  More than 50 percent of the patients on the low FODMAP diet had major improvement of their abdominal pain, compared with 20 percent of the control group.

There was also more improvement of other bothersome symptoms compared to the control group: bloating, diarrhea and stool urgency.

At four weeks, the proportion of patients with a meaningful improvement in IBS quality of life was significantly higher in the low FODMAP group compared to the control group — 61 percent versus 27 percent.

While the results are highly encouraging for IBS sufferers, there are a few important caveats, Eswaran says.

Because of the many unknowns about the chemical causes and triggers of IBS, the list of “bad” foods is exhaustive and elusive, and help from a dietician is highly recommended.

“Low-FODMAP is not a new treatment, but we are now convinced that it really works,” she says. “Our next step will be to more precisely determine the underlying chemistry of how and why particular foods can yield dramatically different results for different people. Meanwhile, we strongly recommend that IBS patients work with their physician and a registered dietitian to navigate the Low-FODMAP diet to take control of their IBS symptoms.”

Eswaran received funding to conduct the research from the University of Michigan Nutritional and Obesity Center and Prometheus Diagnostics.