Taking the fight against risky pain pill use to the ER: Study shows promise

Long-lasting effect of motivational interviews in reducing risky opioid use

ANN ARBOR, Mich. — As America battles an epidemic of deaths from misused pain pills, a new study suggests an inexpensive way to cut risky use of these drugs by people who have a high chance of overdosing.

And it could happen exactly where many patients get those drugs in the first place: the emergency room of their local hospital.

Just a single half-hour session with a trained therapist during an ER visit was enough to motivate people who misused prescription opioid painkillers to reduce their use as well as their riskiest behaviors, the study finds.

Over the six months after their ER visit, they were less likely to use the drugs in a way that was inconsistent with a prescription or in ways that could lead to an overdose. Meanwhile, misuse and risky behavior didn’t drop as much in a comparison group of similar patients over the same time.

The results, from work by a University of Michigan team performed through the U-M Injury Center, were just published online in the journal Drug and Alcohol Dependence. 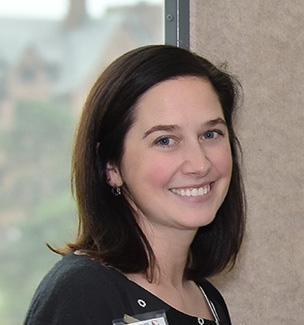 “It’s very promising that we see a reduction in risky behavior with this brief, one-time intervention, among people who weren’t seeking treatment for their opioid use but had a history of non-medical use of these drugs,” says lead researcher Amy Bohnert, Ph.D., an assistant professor of psychiatry in the U-M Medical School and member of the VA Center for Clinical Management Research. “Further research is needed to understand if this leads to longer term impact on health.”

The therapists used a technique, called motivational interviewing, that’s already been shown to help people reduce their use of tobacco, drugs and alcohol, or to lose weight. In fact, some clinics and hospitals already offer it to help motivate patients to change their behavior, and some insurance companies cover it.

But this is the first time it’s been studied in a randomized controlled trial specifically to reduce risk for overdose. Just over 200 people participated in the study, and most of them connected with the researchers six months after their ER visit. 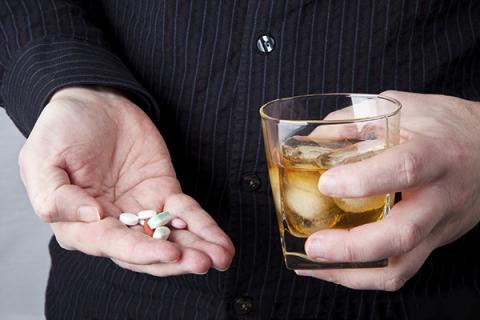 The study aimed to reduce risky use of opioid painkillers, such as in combination with alcohol

Motivational interviewing helps people understand the risk that their drug use poses to them, and factors that can increase that risk, such as drinking alcohol or taking certain other drugs such as benzodiazepines while they are on pain medications.

But it goes beyond education, using standard techniques to help individuals increase their desire and commitment to change their behavior and make choices different from before. They focus on what they’ll need to do to reach the goals that they lay out for themselves.

Although the study was just a pilot project, the results are so encouraging that the researchers are hoping to launch an even larger study of the technique.

Why the emergency department?

Bohnert and her colleagues, including senior author Maureen Walton, M.P.H., Ph.D., conducted the study in a single emergency department, but one that draws a wide range of patients from urban, suburban and rural areas of southeast Michigan.

They chose this setting because about half of emergency department visits involve pain, and nearly one-third of emergency patients in the U.S. receive treatment with prescription painkiller medication. Emergency visits related to prescription opioid use – including non-fatal overdoses that can leave a person with permanent lung and brain damage – have more than quadrupled since the 1990s.

But emergency care also reaches people who might not visit other healthcare environments, including mental health and addiction treatment centers. And ER visits offer a crucial “teachable moment” during a health crisis that has been thought to be valuable for changing behavior.

They screened more than 2,700 emergency patients between the ages of 18 and 60 – the peak years for opioid misuse and overdoses of all kinds, fatal or not, intentional or not. Only people who reported that they took opioid pain pills for non-medical reasons were asked to answer a questionnaire, and to agree to be randomly assigned to one of two study groups. Two-thirds had had a prescription for such pills in the last six months.

One group received the usual care, and brochures about how to prevent or respond to overdoses, and how to find local resources for treatment and suicide prevention. The other group had a session with a trained therapist, in addition to receiving these resources. Then, the researchers followed up with all the patients six months later – and most of the 206 people who took part in both groups agreed to fill out a follow-up survey.

“This intervention was about reducing risk and harm, not necessarily the amount of use, which may have meant the messages were better-received among those who weren’t actively seeking treatment for opioid use,” says Bohnert.

She notes that some larger emergency departments already have social workers and others on their staff who are trained in motivational interviewing with people who report heavy alcohol use. That same training could be applied to people with opioid misuse patterns.

The researchers will make their handbook and therapist’s guide available for free on the U-M Injury Center website, www.injurycenter.umich.edu.  The same team is also studying whether the approach works in primary care clinics at the VA Ann Arbor Healthcare System, with patients who have prescriptions for opioids.

The research was funded by the Centers for Disease Control and Prevention (R49CE002099). In addition to Bohnert and Walton, the study team included U-M’s Erin E. Bonar, Rebecca Cunningham, Laura Thomas, Stephen Chermack and Frederic C. Blow, and Mark K. Greenwald of Wayne State University. Bohnert, Blow, Cunningham and Walton are members of the U-M Institute for Healthcare Policy and Innovation, and the U-M Injury Center.