ANN ARBOR, Mich. – Poor surgical skills during bariatric surgery have a quick impact on patients, landing some in emergency departments for bleeding and infection once the operation is over. 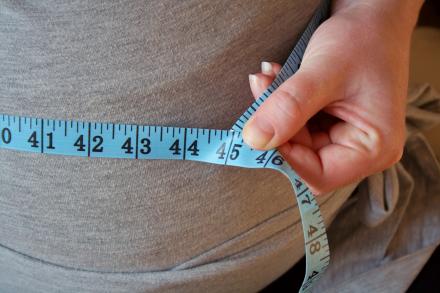 Weight loss is the main criteria for gastric bypass, but not the only one.

But a surgeons’ operating skills did not affect patients’ wellness or weight loss a year later, according to a study in today’s JAMA Surgery.

Senior author Justin B. Dimick, M.D., M.P.H., professor of surgery at the University of Michigan Health System, and Christopher P. Scally, M.D., a general surgery resident at the U-M, worked with colleagues to assess the relationship between video reviews of surgeons’ operating skills and the health status of 3,631 patients one year after having common, but complex laparoscopic gastric bypass surgery.

Peer ratings of surgical skill varied from 2.6 to 4.8 on the 5-point scale.

In contrast to its effect on early complications, surgical skill did not affect post-operative weight loss or resolution of medical conditions at one year.

There was no difference between the best (top 25 percent) and worst (bottom 25 percent) performance groups when comparing excess body weight loss – 67 percent vs. 68.5 percent.

Weight loss is the main criteria for bariatric surgery, but not the only one. Bariatric surgery has proven to resolve other diseases and conditions caused by being overweight or obese.

The JAMA Surgery study showed just as many patients saw dramatic improvement of sleep apnea, hypertension and high cholesterol whether they had a surgeon in the high-skill group or low-skill group.

There was no difference in resolution of hypertension (47 percent vs. 45 percent) between highly rated surgeons and those with low skill scores.

Surgeons with the lowest skill rating had patients with higher diabetes resolution (79 percent) when compared with the highest skill surgeons (73 percent).

Participation was voluntary and various skills such as gentleness, time and motion, instrument handling, flow of operation, tissue exposure and overall technical skill were rated anonymously.

“Although surgical skill may influence short-term complication rates and patient satisfaction ratings, the findings suggest that long-term outcomes after bariatric surgery may be more dependent on other factors not yet measured among patients, hospitals or surgeons,” authors write.

“Future studies should take advantage of video analysis by measuring both operative technique and surgical skill as a means of understanding a surgeon’s effect on surgical quality,” according to the study.