Brain changes seen in veterans with PTSD after mindfulness training

ANN ARBOR, Mich. — Like an endlessly repeating video loop, horrible memories and thoughts can keep playing over and over in the minds of people with post-traumatic stress disorder. They intrude at the quietest moments, and don’t seem to have an off switch. 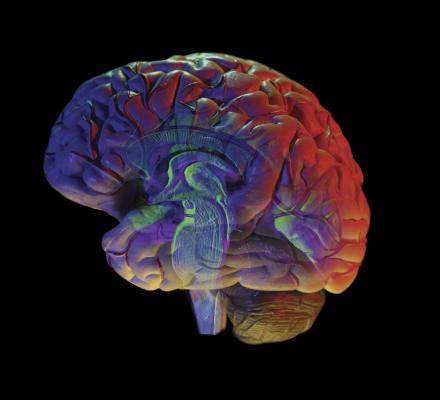 But a new study in veterans with PTSD shows the promise of mindfulness training for enhancing the ability to manage those thoughts if they come up, and not get “stuck”.  Even more surprising, it actually shows the veterans’ brains changed -- in ways that may help them find their own off switch for that endless loop.

The findings, published in Depression and Anxiety by a team from the University of Michigan Medical School and VA Ann Arbor Healthcare System, come from a study of 23 veterans of the wars in Iraq and Afghanistan. All of them got some form of group therapy. After four months of weekly sessions, many reported that their PTSD symptoms eased up.

But only in those who got mindfulness training – a mind-body technique that focuses on in-the-moment attention and awareness – did the researchers see the brain changes that surprised even them. 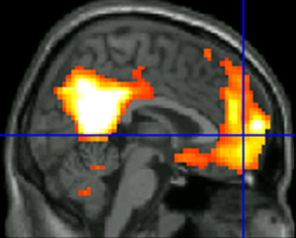 The changes showed up on functional MRI, or fMRI, brain scans that can visualize brain activity as different areas of the brain “talk” to one another through networks of connections between brain cells.

Before the mindfulness training, when the veterans were resting quietly, their brains had extra activity in regions involved in responding to threats or other outside problems. This is a sign of that endless loop of hypervigilance often seen in PTSD.

“The brain findings suggest that mindfulness training may have helped the veterans develop more capacity to shift their attention and get themselves out of being “stuck” in painful cycles of thoughts,” says Anthony King, Ph.D., a  U-M Department of Psychiatry researcher who led the new study in collaboration with VA psychologists.

“We’re hopeful that this brain signature shows the potential of mindfulness to be helpful for managing PTSD for people who might initially decline therapy involving trauma processing,” he adds. “We hope it may provide emotional regulation skills to help bring them to a place where they feel better able to process their traumas.”

King, who has experience providing individual and group therapy for veterans from many conflicts, worked with a team of brain-imaging experts and PTSD specialists including senior author Israel Liberzon, M.D. They used an fMRI scanner at the VA Ann Arbor that’s dedicated to research.

In all, 14 of the veterans finished the mindfulness sessions and completed follow-up fMRI scans, and 9 finished the comparison sessions and had scans. The small size of the group means the new results are only the start of an exploration of this issue, King says.

Before they launched the study, the researchers weren’t sure that they could find enough veterans to try mindfulness-based training. After all, it has a reputation as an “alternative” approach and has a relationship to traditionally East and South Asian practices like meditation and yoga

But in fact, more of the initial group of veterans stuck with mindfulness-based therapy sessions – held each week for two hours with a trained mindfulness teacher and psychotherapist – than made it all the way through the comparison psychotherapy group that didn’t get mindfulness training.

“Once we explained the rationale behind mindfulness, which aims to ground and calm a person while also addressing mental phenomena, they were very interested and engaged – more than we expected,” says King. “The approach we took included standard elements of exposure therapy as well as mindfulness, to help lead veterans to be able to process the trauma itself.”

The comparison group received a VA-developed intervention that was designed for “control group” use. It included problem-solving and group support but not mindfulness or exposure therapy. 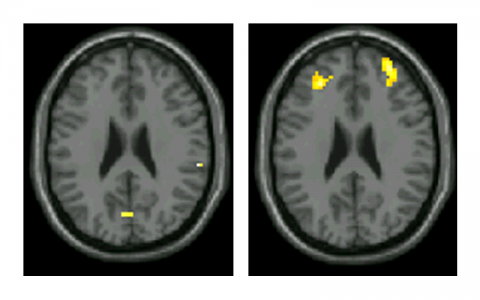 He emphasizes that people with PTSD should not see mindfulness alone as a potential solution for their symptoms, and that they should seek out providers trained specifically in PTSD care.The mindfulness group saw improvement in PTSD symptoms, in the form of decreased scores on a standard scale of PTSD severity, that was statistically significant and considered clinically meaningful, whereas the control group did not. However, the between-group effects in this small study were not considered statistically significant, and therefore King wants to explore the trend further in larger groups, and in civilians.

That’s because mindfulness sessions can sometimes actually trigger symptoms such as intrusive thoughts to flare up. So, it is very important for people with PTSD to have help from a trained counselor to use mindfulness as part of their therapy for PTSD.

“Mindfulness can help people cope with and manage their trauma memories, explore their patterns of avoidance when confronting reminders of their trauma, and better understand their reactions to their symptoms,” says King. “It helps them feel more grounded, and to notice that even very painful memories have a beginning, a middle and an end -- that they can become manageable and feel safer. It’s hard work, but it can pay off.”

At the start of the study, and in previous U-M/VA work, the fMRI scans of veterans with PTSD showed unusual activity. Even when they were asked to rest quietly and let their minds wander freely, they had high levels of activity in brain networks that govern reactions to salient, or meaningful, external signals such as threats or dangers. Meanwhile, the default mode network, involved in inwardly focused thinking and when the mind is wandering, was not as active in them.

But at the end of the mindfulness course, the default mode area was more active – and showed increased connections to areas of the brain known as the executive network. This area gets involved in what scientists call volitional attentional shifting – purposefully moving your attention to think about or act upon something.

Those with the greatest easing of symptoms had the largest increases in connections.

“We were surprised by the findings, because there is thinking that segregation between the default mode network and the salience network is good,” says King. “But now we are hopeful that this brain signature of increased connection to areas associated with volitional attention shifting at rest may be helpful for managing PTSD, and may help patients have more capacity to help themselves get out of being stuck in painful ruts of trauma memories and rumination.”

REFERENCE: Depression and Anxiety, DOI 10.1002/da.22481, and a presentation April 1 at the Anxiety and Depression Association of America annual conference