Research will seek new ways to prevent and treat infections that kill more than 14,000 Americans each year

ANN ARBOR, Mich. — If you want to beat a fearsome enemy, you must first learn to think like them. If you do, you can predict their next move – and block it. 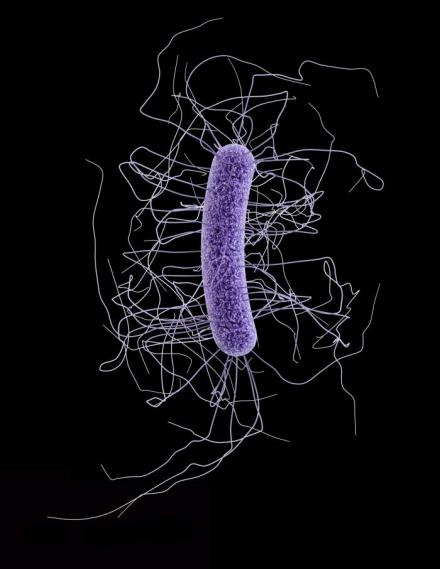 This advice may work on the battlefield. But scientists also think it will work in humankind’s battle against one of the most dangerous bacteria our bodies can face: Clostridium difficile. C. difficile infection has been identified by the CDC as an urgent threat requiring immediate and aggressive action.

Now, University of Michigan researchers have launched a $9.2 million assault against C. difficile, sometimes pronounced “see-diff” for short. They’re doing it thanks to a new grant from the National Institutes of Health -- part of the U.S. government’s $1.2 billion effort for a multi-agency attack on antibiotic-resistant bacteria.

Over the next five years, they’ll use the money to accelerate their existing work on this “bad bug”, which causes diarrhea, hospitalization and even death if it infects the gut.

Using data from their lab and from actual C. difficile patients, they’ll create computational models that will help them understand this tiny enemy, predict its next move, and generate tools that can help medical teams fight back against it. 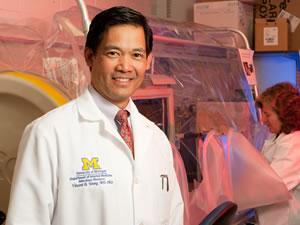 "This should help us lay the groundwork for both short- and long-term solutions to the C. difficile crisis, by understanding what puts patients at risk for C. difficile infection, and how we can best protect and cure them,” says team leader Vincent Young, M.D., Ph.D., who has studied C. difficile for years and treats patients with it. He is a professor in the U-M Medical School’s Department of Internal Medicine, in the Division of Infectious Diseases.

C. difficile sickens half a million Americans each year, causing diarrhea and dangerous colon inflammation. It kills more than 14,000 directly while playing a role in the deaths of 15,000 more. Caring for its victims costs the U.S. nearly $5 billion a year.

And because C. difficile often strikes people who have taken antibiotics for other conditions, the front lines in the battle against it are in every hospital and nursing home in America.

The over-use of antibiotics for many conditions has actually made patients more vulnerable to C. difficile than they need to be. Antibiotics upset the natural mix of healthy bacteria in the gut, allowing C. difficile to “colonize” and grow out of control. Over time, the bacteria have evolved to take advantage of the altered landscape of the human gut in the age of antibiotics. 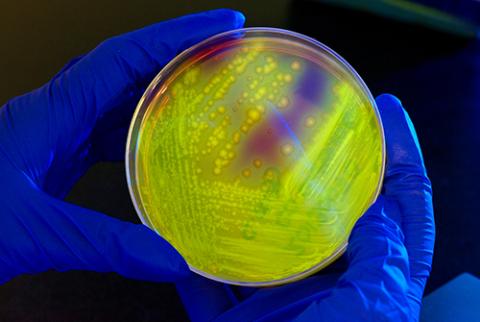 The U-M team’s new grant from the National Institute of Allergy and Infectious Diseases takes a system biology approach. It will use information from C. difficile patient records, blood samples and detailed studies of the mix of microbes living in patients’ guts, to create computational models of the diseases.

This will allow the researchers to get a better, more nuanced understanding of how a patient’s underlying health status and natural microbe population, and his or her treatment with antibiotics, combine to make C. difficile colonization and infection possible, and affect the odds of successful treatment.

Depending on what those models show, the scientists will then test their new knowledge about human C. difficile infections by trying to get the same thing to happen in mice in the laboratory.

They’ll try to figure out what risk factors make a patient most vulnerable to C. difficile infections – either a first-time illness or a recurrent one in someone who has survived a first bout. They’ll also work to understand what factors make someone most likely to get colonized with C. difficile in the first place. 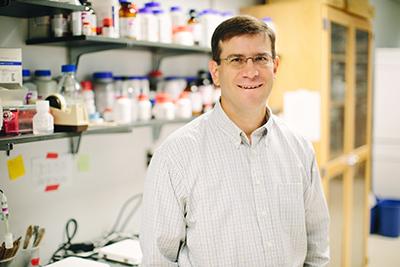 The team, co-led by Patrick Schloss, Ph.D., from the U-M Department of Microbiology & Immunology, will try to produce specific data that medical teams could use to prevent C. difficile infections in healthcare settings, and to plan the treatment of those who get ill.

U-M work on C. difficile has been under way for nearly a decade, thanks to previous NIH grants and funding from the Medical School’s self-funded Host Microbiome Initiative.

Working in mice, the team has detailed the organism’s natural life cycle in the gut. They’ve also made strides in understanding the mechanisms by which the “village” of normal gut bacteria can interfere with C. difficile colonization. And they’ve even shown a connection between depression and increased risk of C. difficile infection.

For more about the U-M Host Microbiome Initiative, visit http://umhealth.me/HostMic