ANN ARBOR, Mich. — What would you do if you had the money? For Max S. Wicha, M.D., the answer was clear. And now the National Cancer Institute has given him the money. 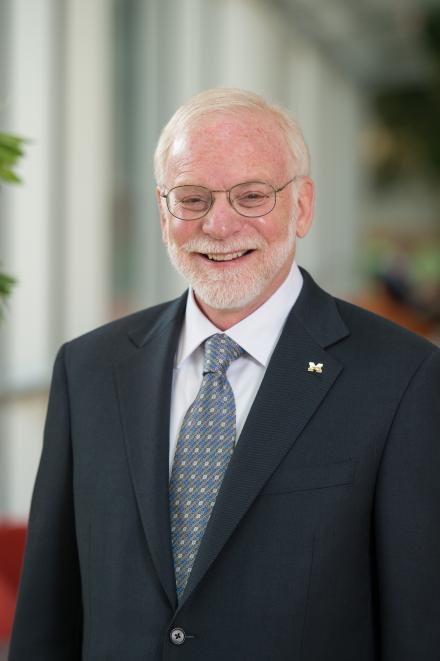 Wicha has received a $6.5 million Outstanding Investigator Award to study cancer stem cells, the small number of cells within a tumor that fuel its growth and spread.

“With this kind of research, you don’t always know where it’s going next,” says Wicha, the Madeline and Sidney Forbes Professor of Oncology and founding director emeritus of the University of Michigan Comprehensive Cancer Center, says. “This new grant gives us the freedom to pursue new directions in cancer stem cell research.”

The award – roughly three times a traditional individual investigator award – is part of a new grant program called R-35 developed by the National Cancer Institute. The program will fund projects of unusual potential in cancer research over an extended period of seven years. The goal is to provide investigators with substantial time to break new ground or extend previous discoveries to advance biomedical, behavioral or clinical cancer research.

“The NCI Outstanding Investigator Award addresses a problem that many cancer researchers experience: finding a balance between focusing on their science while ensuring that they will have funds to continue their research in the future,” says Dinah Singer, Ph.D., director of NCI’s Division of Cancer Biology.

Wicha is one of the world’s foremost cancer stem cell researchers. He was part of the team that initially identified stem cells in breast cancer, the first time they had been described in a solid tumor.

Since then, Wicha’s lab has advanced the understanding of the role cancer stem cells play in the development of cancer and in treatment resistance. This has led to multiple clinical trials testing potential therapies aimed at attacking cancer stem cells.

“One of the challenges in the cancer stem cell field is that because they are a small percentage of the overall cells in a tumor, how do you know if you have killed them?” Wicha says.

His grant proposal involves isolating circulating tumor cells, cancer cells that break off from the primary tumor and circulate throughout a patient’s bloodstream. Using devices developed by engineering colleagues, the team will isolate and analyze the genome of individual cancer cells. Based on the markers expressed, the researchers can identify the portion of cells that are cancer stem cells to understand whether treatment is attacking the stem cells.

In addition, Wicha’s lab will work in coordination with other investigators to understand the role the immune system plays in cancer stem cells.

The single-cell assessment will be used to help determine which combination of stem cell-directed therapies and immunotherapies have the greatest potential for each patient. And if patients begin to relapse, could a blood test help identify that early on so that the patient can switch to a new treatment?

The project will focus on translating findings from the lab to the clinic, including developing clinical trials.

“This is an ideal time to take this work to the next level. We hope that the new Outstanding Investigator grant will help us make significant gains in understanding cancer stem cells to improve cancer treatment,” Wicha says.