When it comes to something as routine as delivering medicine and nutrition to patients through their bloodstream, all medical teams want to do the right -- and safe -- thing. 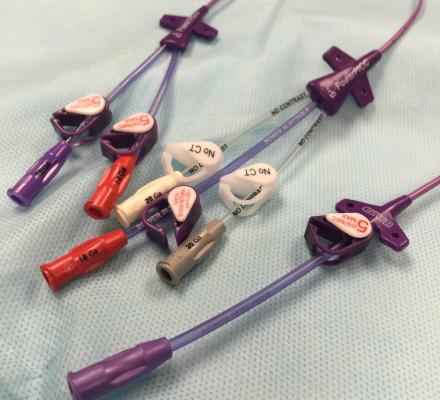 But at the moment, it appears that this may not be the case.

By looking at data from 10 Michigan hospitals participating in an unprecedented collaborative quality-improvement effort, researchers have shown how much variation exists when it comes to the use of intravenous devices called peripherally inserted central catheters, or PICCs.

PICCs have become extremely common in American healthcare in the last decade as the delivery mechanism for everything from chemotherapy for cancer patients to antibiotics and fluids in intensive care unit patients.

The findings, published in JAMA Internal Medicine, use data from the Michigan Hospital Medicine Safety Consortium or HMS. The organization pools data from participating hospitals to spot issues important to the safety of hospitalized medical patients, and then shares data with hospitals to find ways to improve care and protect them.

These findings shed new light on just how variable the use of PICCs is, and just how much room there is for improvement and standardization. 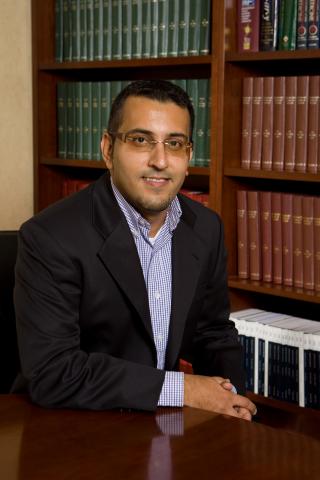 “While PICCs have many benefits and important uses in hospitalized patients, their advantages must be balanced against risks,” says Vineet Chopra, M.D., M.Sc., the paper’s lead author and an assistant professor of internal medicine at the U-M Medical School.

The researchers looked at the detailed records of 3,201 patients who received 3,378 PICCs over a period of 14 months, and followed up with over half of them by phone.

The first sign that PICC use varied widely was the percentage of all patients treated at hospitals that received one. At some hospitals, as few as 2.5 percent of patients had a PICC placed. However, at others - it was more than 8 percent. This variation between hospitals couldn’t be explained by how sick the patients were – or by whether the hospital was large or small, urban or rural, or affiliated with a medical school.

Because PICCs carry risks as well as benefits, they’re generally thought of as devices meant to be used longer than a week in people who need IV medication or nutrition, or many blood draws. But nearly one in four of the PICCs inserted during the review period were removed within five days – and potentially - other devices with lower risks may have been used in many cases.

Real risks for many patients

Since PICCs are inserted in the arm and include a delivery tube that extends deep into the heart of the body’s circulation system, they can act like a highway for infectious organisms to get access to the bloodstream, and can cause blood to clot around them. If a clot breaks off and travels into the body, it can block blood flow to the limb or even the lungs.

These complications, called CLABSIs, DVTs, VTEs and PEs* for short, can be catastrophic. Even lesser complications, like a kinked delivery tube or an infection where the PICCs break the skin, can be hazardous.

Just as there was wide variation in PICC use between hospitals, complication rates varied widely. And no one complication was most common across all hospitals. 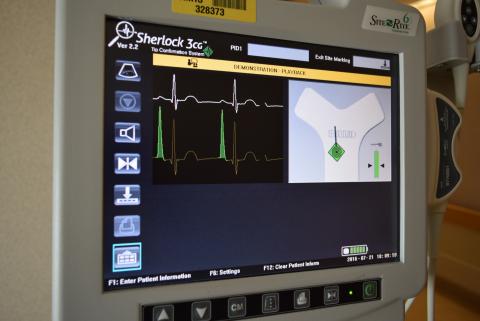 Time for some MAGIC?

"One way of preventing complications and ensuring the appropriate use of PICCs is by following evidence-based recommendations for use,” says Chopra. But until recently, those didn’t exist.

Last fall, that changed with the publication of MAGIC, a guideline for IV device use created by an international panel of professionals, members of HMS hospitals and a patient. It’s available online for free to any medical team at www.improvepicc.com/magic. All 51 hospitals in HMS are assessing how to incorporate MAGIC into their clinical decision making processes to guide their use of IV devices. And all are now collecting data and reviewing PICC practices to improve care for their patients. Because 5 of the 15 authors came from HMS hospitals, they are uniquely able to apply MAGIC to their sites.

“MAGIC has the potential to be a game-changer when it comes to IV access," says Chopra. “Hospitals in HMS have started to consider using components of this tool to improve decision-making when it comes to PICCs. One hospital has already had a substantial drop in short-term PICC use through use of MAGIC.”

Support for HMS is provided by Blue Cross and Blue Shield of Michigan and Blue Care Network as part of the BCBSM Value Partnerships program. Although BCBSM and HMS work collaboratively, the opinions, beliefs and viewpoints expressed by the author do not necessarily reflect the opinions, beliefs and viewpoints of BCBSM or any of its employees. Support for the research came from the Agency for Healthcare Research and Quality (1-K08-HS022835).