Report identifies positive news on kidney disease in the U.S., yet challenges remain 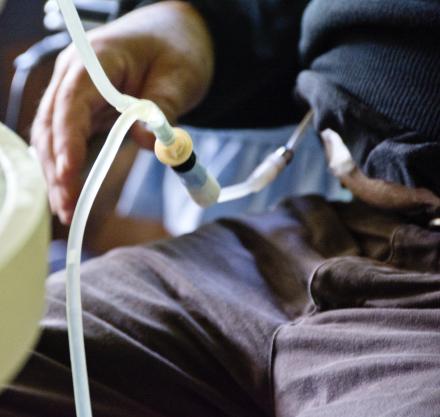 The report is released by the USRDS coordinating center based at the University of Michigan Kidney Epidemiology and Cost Center, in partnership with Arbor Research Collaborative for Health.

Highlights from the report include:

“Overall trends for end-stage kidney disease are promising for those affected,” says Rajiv Saran, M.D., professor of internal medicine at U-M Health System and director of the USRDS coordinating center. “Patients on dialysis are living longer and equally positive, survival rates have steadily improved among recipients of both living and deceased donor kidney transplants.”

“Several lifestyle-related chronic health conditions, such as diabetes, high blood pressure and other cardiovascular diseases can contribute to kidney disease,” Saran says. “Monitoring and early treatment of those conditions are key to prevention, and can help patients keep their kidney disease under control.”

Encouragingly, use of home dialysis has increased in recent years. Home dialysis offers patients more flexibility and convenience, allowing for an improved quality of life. Home dialysis use overall in 2013 was 52 percent higher than a decade ago.

Saran mentions the data report continues to emphasize the low awareness of kidney disease in the general population, as well as the fact that rates of screening for the condition by simple urine testing remain low, even among those with risk factors for the disease.

“Awareness of this silent, but deadly killer may help prevent those with early-stage kidney disease from progressing,” Saran says. “Learning more about risk factors for the disease and early diagnosis are of vital importance as symptoms of kidney disease develop much later.”

Disclosures: Dr. Hal Morgenstern is a consultant at Arbor Research Collaborative for Health.