ANN ARBOR, Mich. – For a long time researchers have tracked high rates of obesity among black and Hispanic kids, but a closer look at communities shows family income matters more than race in predicting which kids are overweight. 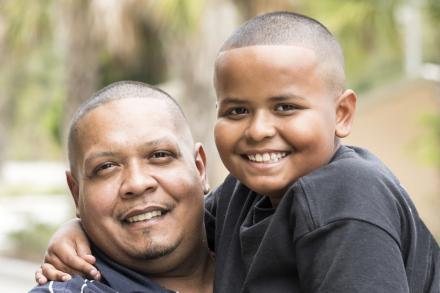 Using a model created from data on 111,799 Massachusetts students, the University of Michigan Health System showed that as poverty rises, so does the rate of obesity among children in 68 of its public school districts.

Although obesity rates were higher among African-American and Hispanic kids, the relationship disappeared when factoring in family income, according to the study published in the journal Childhood Obesity.

Authors concluded that fewer resources like recreational programs and parks and access to full service grocery stores appear to have a greater impact on the nation’s childhood obesity rate than race.

“The findings reveal differences in the inequalities in the physical and social environment in which children are raised,” says senior author Kim A. Eagle, M.D., a cardiologist and director at the University of Michigan Frankel Cardiovascular Center. “It illustrates that race and ethnicity in communities may not have a significant connection to obesity status once the community’s income is considered.”

In low-income communities where places to play and supermarkets may be scare, it can promote consumption of low nutrition and fast food and little to no physical activity, authors say.

The resulting model presented a strong argument that low-income children and adolescents are more likely to be obese than their higher income peers.

“The battle to curb childhood obesity is critically tied to understanding its causes and focusing on the modifiable factors that can lead to positive health changes for each and every child,” Eagle says.

Obesity rates among adults and children in the United States have steadily risen in the past few decades. About 18.4 percent of 12-19-year-olds are overweight or obese and childhood obesity often continues into adulthood.

There’s a 70 percent chance that an overweight adolescent will remain overweight or obese as an adult, and in the short run, obesity can lead to cardiovascular risk factors such as high blood pressure, high cholesterol, and abnormal glucose tolerance or diabetes.

Following the program students had lower levels of cholesterol and other blood fats.

“Ultimately, bottom-up neighborhood, school, and community engagement and education, and top-down legislative actions that will support healthier choices for adults and children, are needed to battle this health crisis,” Eagle says.