Abuse or neglect associated with worse executive function in adults, whether or not they have bipolar disorder

ANN ARBOR, Mich. — The scars of childhood abuse and neglect affect adults’ brains for decades to come – including their ability to process and act on information both quickly and accurately, new research suggests. 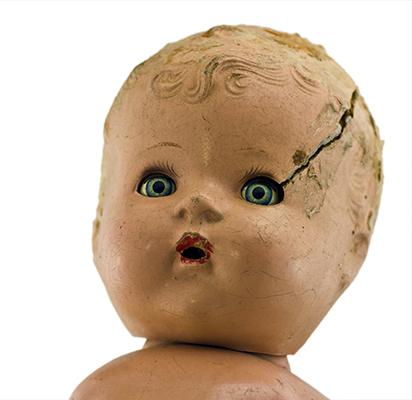 The lasting scars of childhood abuse include cognitive effects

That kind of quick “go or don’t go” thinking is crucial to everyday situations like driving or rare events like reacting to an emergency. And it appears to be less accurate and more impulsive in adults who suffered physical, emotional or sexual trauma in their early years than in those who did not, the study finds.

The new findings about impulse control add to a growing body of evidence about the lasting scars that traumatic childhood experiences can leave.

The researchers, led by a University of Michigan Medical School neuropsychologist, say adults who suffered trauma as children may benefit from talk therapy or other options to combat the effects.

Reporting in the journal Psychiatry Research, the team describes what they found when they analyzed data from the Heinz C. Prechter Longitudinal Study of Bipolar Disorder based at the U-M Depression Center.

They set out to see if people with bipolar disorder had more impulsive and inaccurate responses on a quick task than others without the condition, as measured on standard timed tests called a “Go/No-Go” test. But to their surprise, they found no differences between the two groups.

Instead, when they looked closer, they found a common thread running through nearly everyone with more impulsive responses.

Among the more than 320 people in the study who took the tests, 134 reported a history of childhood trauma in surveys. This included physical abuse or neglect, emotional abuse or neglect, and sexual abuse. It did not include one-time traumatic events. None of the participants had active substance abuse issues, and the participants without bipolar disorder did not have other mental health conditions.

The test measures how well a person can stop himself or herself from reacting incorrectly to rapid prompts that sometimes require a “go” response and sometime require a person to hold back the impulse to respond (“no-go”).

“Past research has looked at mental health conditions, including bipolar disorder, and even at memory function in people with childhood trauma, but few have looked at inhibitory control, or what some people call impulse control,” says lead author David Marshall, Ph.D. “Having the data from the Prechter research effort allowed us to see that a history of childhood trauma can impact the development of this key aspect of executive functioning that we need more of as we become adults, where we are required to engage in self-monitoring and goal-directed behavior.”

Marshall got the idea for the study after noticing that a sizable portion of the bipolar disorder patients who had volunteered for the study at U-M discussed problematic childhoods in the questionnaires that all participants fill out.

The Longitudinal Study, supported by the Heinz C. Prechter Bipolar Research Fund, includes people who don’t have bipolar disorder and are willing to act as comparisons for those with bipolar, so scientists can see important differences in the two populations.

"What is intriguing about this research is that childhood trauma had an effect on impulse control that was in both groups, meaning that it is independent of bipolar illness and more strongly related to adverse childhood experiences,” Marshall says. “This substantially changes the way we think of how trauma increases risk for illnesses. There may be brain changes after trauma that act as a risk marker for development of later illnesses, including bipolar disorder. These processes are much more fluid than we previously thought."

Advice for adults with childhood trauma

The new findings highlight the importance of continuous treatment for people diagnosed with bipolar disorder, and early detection and attention to the effects of childhood trauma on anyone. “By finding early those who may be at risk of long-term mental health effects from childhood abuse and neglect, we may be able to guide them to treatments that can mitigate these effects,” Marshall says.

While treatment recommendations vary, cognitive behavioral therapy -- a form of talk therapy -- can help even those whose childhood issues haven’t been addressed formally for years, Marshall says. The self-control and self-talk that are key to CBT could help individuals build problem-solving techniques to assist their thinking and analytic abilities.

Although Marshall notes that the paper only includes a small group of people with no bipolar disorder but a history of childhood trauma, he hopes to continue assessing the question as the Prechter study continues. He and his colleagues will also watch over time as the study participants who reported childhood trauma continue to respond to surveys sent to them periodically.

In addition to Marshall, who is an assistant professor in the U-M Department of Psychiatry, the study team includes U-M neuropsychologist Kelly A. Ryan, Ph.D., and Melvin McInnis, M.D., the psychiatrist who heads the Heinz C. Prechter Bipolar Research Program. The senior author is Scott Langenecker, Ph.D., formerly of U-M and now at the University of Illinois at Chicago. Funding for the study came from the Prechter Fund, the Richard Tam Foundation, and the National Institute of Mental Health (MH074459).

Volunteers needed: The Prechter Longitudinal Study of Bipolar Disorder is still accepting new participants, both with and without bipolar disorder. Learn more at http://www.prechterfund.org/