ANN ARBOR, Mich. —Higher taxes and prices for cigarettes are strongly associated with lower infant mortality rates in the United States, according to a new study from Vanderbilt University and the University of Michigan released Dec. 1 in the journal Pediatrics. 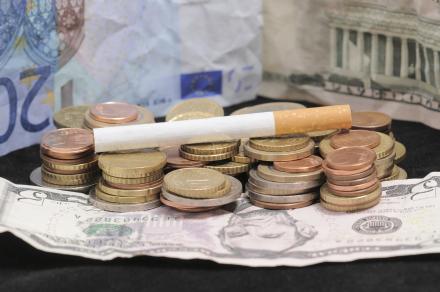 The association was stronger for African-American infants than for non-Hispanic white infants, which has implications for trying to reduce disparities in infant mortality between the two groups.

Researchers found that for every $1 tax increase per pack of cigarettes, about two infant deaths were averted each day. Overall, there was an estimated 3.2 percent decrease in annual infant mortality rates, or 750 fewer infant deaths per year, associated with the tax increase, the study revealed.

The study is a collaboration among researchers at Vanderbilt University School of Medicine Departments of Pediatrics and Health Policy and U-M’s C.S. Mott Children’s Hospital, School of Public Health and School of Public Policy.

“Exposure to cigarettes during pregnancy is associated with numerous health problems for newborns, including preterm birth which is the leading cause of infant mortality in the United States. Taxing cigarettes is known to help convince people to quit smoking, or not to start. This study helps physicians, public health officials and policymakers understand just how much benefit cigarette tax increases can have on infant health,” said lead author Stephen Patrick, M.D., MPH, MS, assistant professor of Pediatrics and Health Policy in the Division of Neonatology at Monroe Carell Jr. Children’s Hospital at Vanderbilt.

“Our approach is a different way to think about cigarette taxes,” says senior author Matthew M. Davis, M.D., M.A.P.P., professor of Pediatrics at U-M’s C.S. Mott Children’s Hospital and who is with U-M’s schools of public health and public policy and the U-M Institute for Healthcare Policy and Innovation.

“Usually taxes are used in public health as a way to discourage smoking and therefore improve the health of the person who previously smoked, or is considering starting. But connecting tax increases to smoking reductions and to fewer infant deaths brings in an entirely new type of benefit.”

Tobacco use is the leading cause of preventable death, disease, disability and death in the United States, research has shown.

At the same time, previous studies have shown that women who use cigarettes during pregnancy are more likely to give birth to infants who have health problems including low birthweight, prematurity, birth defects and sudden infant death syndrome (SIDS)—all leading causes of infant mortality, which is defined as death in the first year of life.

Higher cigarette taxes are known to be associated with lower rates of smoking during pregnancy and improvements in some birth outcomes (including birthweight). But until now no U.S. study has evaluated the impact of the higher taxes on infant mortality rates.

For their analysis, Vanderbilt and Michigan researchers used public data from 1999 to 2010 to determine the association of cigarette tax and price increases over time with infant mortality rates in the United States. They looked at data from the U.S. Centers for Disease Control and Prevention’s Wide-Ranging Online Data for Epidemiologic Research (WONDER) system as well as a multi-year survey from retailers regarding cigarette taxes and prices.