ANN ARBOR, Mich. – What’s the best way to treat someone who’s stuck in a prolonged, dangerous seizure? Although emergency medical teams use a variety of approaches around the country, they could use better guidance based on research to give patients the best chance of surviving, and reduce brain damage.

Now, a study to answer that very question in children is happening at C.S. Mott Children's Hospital and other hospitals around the country.

Because doctors must start treating seizures in the first minutes after a patient’s arrival, the study has special provisions -- including a way for individuals to opt out ahead of time.

The study, called ESETT for Established Status Epilepticus Treatment Trial, will compare three drugs for seizures that last over five minutes and don’t respond to initial treatment -- a condition called status epilepticus. Such seizures can strike anyone, but are most common in people already diagnosed with epilepsy.

For years, doctors have used these three drugs to try to stop prolonged seizures in adults and children. The drugs are fosphenytoin (also called Cerebyx or referred to as the closely related medication phenytoin or Dilantin), levetiracetam (also called Keppra) and valproic acid (also called Depacon or Depakote). 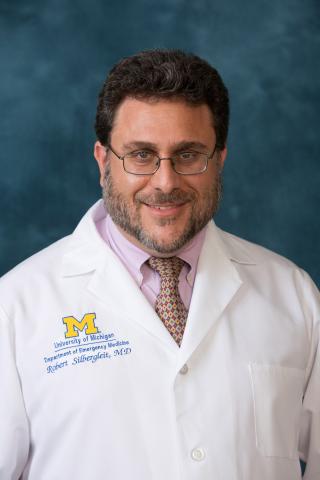 “The fact is, in the emergency setting, we don’t know which medicine works best, or if any work well, for treating the prolonged seizures that occur in status epilepticus,” says Robert Silbergleit, M.D., one of the researchers organizing the trial nationally and a professor of emergency medicine at the U-M Medical School.  People in whom seizures cannot be stopped often die or suffer permanent brain damage.

Initially, the ESETT study will randomly assign patients to receive one of the drugs as they arrive at the emergency department at C.S. Mott Children's Hospital.

ESETT participants will be given study medications under a specially approved provision called Exception From Informed Consent (EFIC) so that treatment is not delayed.  As the trial goes on, subjects are more likely to be assigned to whichever drug appears most likely to be the more effective at stopping seizures.

National EFIC rules allow research studies in certain emergency situations, such as this one, to be conducted without patient or parental consent.

EFIC studies can only be used when all of the following conditions occur:  when the person’s life is at risk; when the best treatment is not known; when the participant might benefit, and when it is not possible to obtain informed consent from the patient or a legally authorized representative before the treatment must be given.

The patient or the legally authorized representative will be notified about the enrollment as soon as possible, and consent obtained for ongoing participation in the study, when that is feasible. 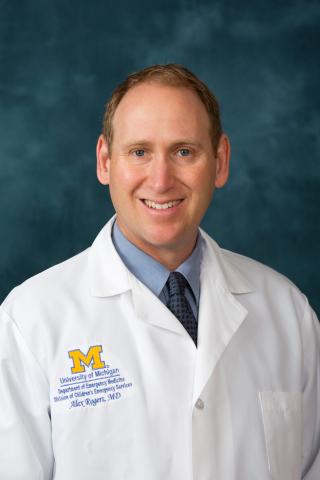 “Only through this kind of research can we gain the kind of knowledge that we need to give the best care to status epilepticus patients everywhere,” says Alexander Rogers, M.D., the lead physician for ESETT at U-M and an assistant professor of emergency medicine at the U-M Medical School.

The ESETT trial will enroll 795 people across the United States, out of the 120,000 to 180,000 adults and children who go into status epilepticus each year. About one-third of people who suffer a prolonged seizure fail to respond to initial emergency treatment with a benzodiazepine medication like diazepam (Valium).

ESETT is funded by a multimillion-dollar grant from the National Institutes of Health and is part of the Neurological Emergency Treatment Trials (NETT) and Pediatric Emergency Care Applied Research Network (PECARN) research networks.

NETT and PECARN are made up of researchers around the country who work together to study how to improve emergency care for severe injuries and illnesses of the brain, spinal cord, and nervous system in adults and children.

Find more information about ESETT, including how to opt out of the study ahead of time, at: www.esett.org.

The U-M ESETT team is available to speak to individuals and groups, or appear at events to talk about the trial. For more information, contact
ESETT-Study@umich.edu or 734-936-7715.