An international team of researchers including University of Michigan Psychiatry and Human Genetics professor Margit Burmeister, Ph.D., is opening up new avenues for designing treatment for ataxia, a motor coordination disorder.

This research, led by scientists at the National University of Singapore (NUS) and enhanced by collaboration with U-M, identifies a protein that regulates the growth of neurons by transporting key metabolic enzymes to the tips of neural cells. 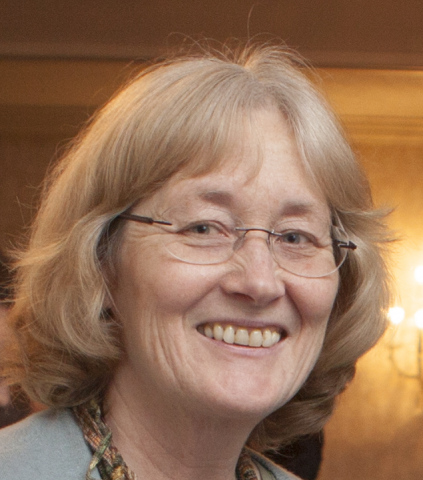 The findings are available online in Developmental Cell.

Burmeister’s U-M team previously found a mutation in a gene of unknown function, while the NUS team was also studying the function of the encoded protein. After Burmeister visited Singapore in 2009, she made U-M’s project resources, including tissues, available to the Singapore group for this continuing research.

“Collaborating sped up discovery better than if each of us had kept working on our own on this project,” Burmeister said.

The research team in Singapore was led by Associate Professor Boon Chuan Low and postdoctoral scientist Dr. Jichao Sun, from the Department of Biological Sciences and Mechanobiology Institute at NUS.

The researchers identified and characterized a protein that transports an enzyme to the tips of neurons, where it subsequently recruits another enzyme for acetylcholine synthesis. Called BNIP-H, researchers have linked this protein to Cayman ataxia, a rare genetic disorder affecting a region of the brain involved in motor control, which leads to difficulty in coordinating complex movements.

“BNIP-H defines the precise localisation, duration and strength of acetylcholine signalling that determines the growth of neurons and the coordination of body movements,” said NUS’s Low, corresponding author of the Developmental Cell paper.

The study also provides the first experimental data solidifying the link between dysfunctional cholinergic (acetylcholine) secretion and Cayman ataxia. The researchers showed that a BNIP-H mutant associated with Cayman ataxia caused defects in the transport of the ACL enzyme. Furthermore, they could also reproduce motor dysfunctions of Cayman ataxia in zebrafish by knocking down BNIP-H, ACL or ChAT enzymes. Interestingly, the lack of BNIP-H could be ‘rescued’ by the addition of a cholinergic agonist, suggesting that the loss of acetylcholine secretion resulting from BNIP-H mutation could explain some of the symptoms of Cayman ataxia.

Moving forward, the NUS authors hope to further characterize the role of BNIP-H in cholinergic neurotransmission. Their work also serves as a foundation for further studies into acetylcholine-related diseases, and may lead to new treatments that involve BNIP-H.