ANN ARBOR, Mich. – One of the most common complaints about hospitals is the noise. Patients complain that they can’t sleep soundly in the environment of multiple monitors, paging systems, wheel chairs and gurneys, and carts that squeak. 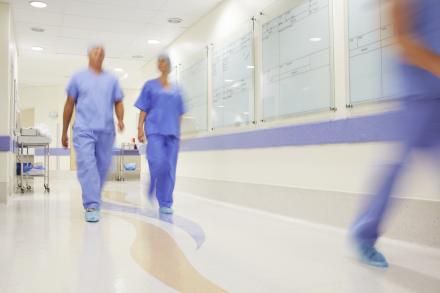 Hospitals are using quiet hours and other methods to help patients get a good night's sleep.

Ongoing efforts at the University of Michigan Health System are making the hospital quieter, and the hospital has tested sound panels designed to dial down noise.

During a pilot study, strategically placed sound acoustic panels helped diffuse sound in the hallways around patient rooms. The modest 3-4 sound decibel drop is recognizable to the human ear and consistent with a fall in noise generated by a car slowing down from 80 mph to 60 mph.

“In hospital environments where noise levels are often double what they should be according to the World Health Organization’s standard decibel guidelines for patient rooms, the difference is significant,” says Majtaba Navvab, Ph.D., associate professor of architecture and design at the Taubman College of Architecture and Urban Planning at the University of Michigan.

Four custom panels, covered in cones and made with sound-absorbing material, were installed for three days in the walls and ceilings of a cardiovascular care unit.

Sound levels were 60 decibels during the daytime, according to the study findings published in BMJ Quality and Safety, but on hallways with the sound panels, the hospital was a bit quieter at 57 decibels. 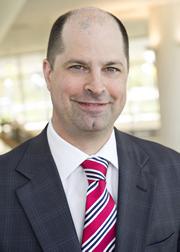 Sound levels were 60 decibels during the daytime, but sound measured 57 decibels on hallways with the sound panels. The pilot study, published in BMJ Quality and Safety, highlights that average hospital noise levels continue to exceed recommended levels of 35 decibels.

“This architectural design could complement on-going strategies for addressing noise,” says lead study author Farrehi, a cardiologist at the U-M Health System. “The panels help diffuse sound, rather than attempt to eliminate the sounds generated in a modern hospital environment.”

The negative side of noise

Research reveals that a noisy environment doesn’t just make patients unhappy — it can also prompt spikes in blood pressure and interfere with wound healing and pain management. And it affects those who work with and near patients.

In fact, studies have shown a direct correlation between sound decibel levels in work environments and employee blood pressure levels and heart rates.

Hospital noise is ranked low on the national Hospital Consumer Assessment of Healthcare Providers and Systems (HCAHPS), and those scores can impact hospital reimbursement.  Patients who are dissatisfied with the noise in their rooms are often significantly less satisfied with their overall hospital experience.

Promoting a culture of quiet

UMHS promotes a culture of quiet on behalf of patients, families and employees by: