New research suggests concussion may not significantly impair symptoms or cognitive skills for one gender over another, however, women may still experience greater symptoms and poorer cognitive performance at preseason testing. The study released today will be presented at the Sports Concussion Conference in Denver, July 24 to 26, hosted by the American Academy of Neurology, the world’s leading authority on diagnosing and managing sports concussion. The conference will feature the latest scientific advances in diagnosing and treating sports concussion from leading experts in the field, including conference co-director Jeffrey Kutcher, MD, director of Michigan NeuroSport.

The study involved 148 college athletes from 11 sports at the University of Michigan in Ann Arbor. All had taken tests of learning and processing along with other measures of the brain’s abilities, such as attention and working memory speed. Of the participants, 45 percent were female, 51 percent played a contact sport and 24 percent had experienced a concussion.

They had an average of 0.3 concussions, ranging from zero to four. Men and women were equally likely to have a history of concussion, even after researchers adjusted for the percentage who played contact sports. 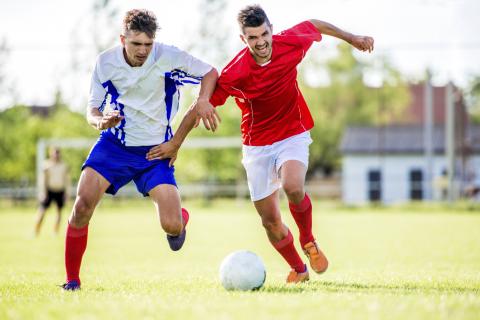 New research suggests concussion may not significantly impair symptoms or cognitive skills for one gender over another, however, women may still experience greater symptoms and poorer cognitive performance at preseason testing.

Women who have had a history of at least one concussion do not score lower on computerized cognitive baseline testing. However, all women, regardless of concussion history, had greater symptoms, symptom severity and poorer cognitive performance than men at baseline. Women reported on average 1.5 more symptoms and scored three points higher on symptom severity than men. On a clinical reaction time task, women were 19 milliseconds slower to react than men.  On cognitive tasks assessing processing speed, attention and working memory speed women scored on average seven percent below men with the greatest difference on processing speed (8.5 percent).

“More research is needed to confirm these results and to understand why women may have lower performance at preseason baseline. The difference in performance between genders should be of great interest to athletes, coaches, athletic trainers, and doctors who utilize baseline assessments to aide recovery protocols,” said study author Kathryn L. O’Connor of the University of Michigan and a member of the American Academy of Neurology.

“This finding that cognitive skills were not significantly affected by having a concussion for either gender should be reassuring to athletes who have experienced a concussion and wonder about its later effects,” O’Connor said.

The study was supported by the National Collegiate Athletics Association (NCAA).

The American Academy of Neurology, an association of more than 28,000 neurologists and neuroscience professionals, is dedicated to promoting the highest quality patient-centered neurologic care. A neurologist is a doctor with specialized training in diagnosing, treating and managing disorders of the brain and nervous system such as Alzheimer’s disease, stroke, migraine, multiple sclerosis, brain injury, Parkinson’s disease and epilepsy.