ANN ARBOR, Mich. – It started out as a treatment for arthritis. But steered by science, it could become a first new approach in two decades for treating the damage that diabetes inflicts on the kidneys of millions of people. 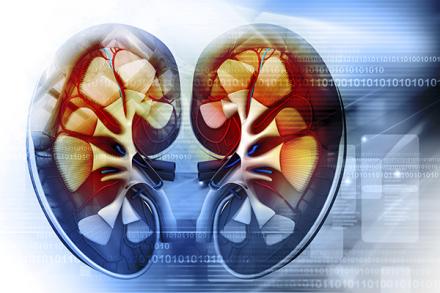 Combining vast amounts of data on kidney cell function, with an existing drug, could lead to a new treatment for diabetic kidney disease.

This past weekend, University of Michigan Medical School researchers and their colleagues presented promising results from a clinical trial of the experimental drug baricitinib in people with diabetic kidney disease.

In a randomized, controlled Phase II study, it reduced a key sign of kidney damage, with higher doses producing the largest effect, few side effects, and signs of sustained impact even after patients stopped taking it.

U-M researchers not only helped conduct the clinical study – their scientific discoveries set the trial in motion. It’s a fast-track example of the new treatment-development approach known as precision medicine.

The trial results presented this week at the American Diabetes Association Scientific Sessions come just three and a half years after the U-M research team linked up with the company that makes the drug, Eli Lilly & Co. 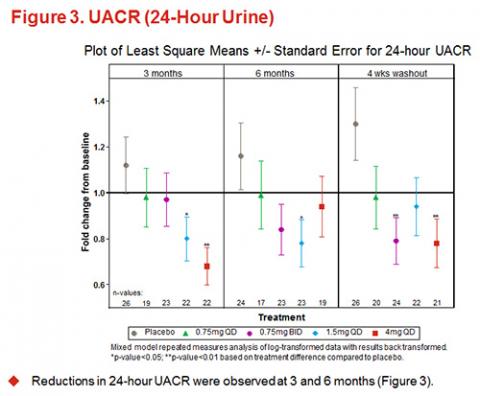 Study results showed that diabetic kidney disease patients taking any of the three tested doses of baricitinib had lower levels of UACR in their urine than patients taking a placebo -- even after they stopped taking the drug. UACR is an indicator of kidney function.

That connection resulted from the work of a team led by Matthias Kretzler, M.D. and Frank Brosius, M.D., which had worked for years to pinpoint the importance of a cell-signaling system called JAK-STAT in diabetic kidney disease.

But JAK-STAT also plays a key role in diseases where immune-system cells attack normal tissues – such as rheumatoid arthritis. Lilly scientists had developed baricitinib to calm the painful, inflamed joints of RA patients, and had received FDA permission to do trials that showed the drug’s safety and impact.

When they learned that Kretzler was scheduled to speak about his research to another group at Lilly, they went to his talk and raised the possibility of using baricitinib against diabetic kidney disease. The international clinical trial, which enrolled 129 adult patients, began quickly -- just 14 months after that meeting. 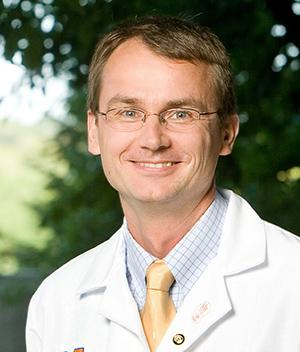 “This is the first example of implementing precision medicine in diabetic kidney disease, which affects 8 million Americans and will surely affect more as the growing diabetes epidemic continues,” says Kretzler. “It shows that the full translational research pipeline is in place, where we can study disease mechanisms, test our findings in model systems, identify drug candidates, find the right partners to take it to a clinical trial, and complete the trial – in 42 months.”

The trial showed baricitinib reduced a measure of kidney dysfunction called urinary albumin/ creatinine ratio or UACR, substantially compared with placebo after six months. It also showed that patients had lower levels of two compounds in urine or blood that indicate inflammation in the kidneys, called IP-10 and sTNFR2. The only significant side effect was mild anemia in the group that received the highest dose, which was expected based on previous research. 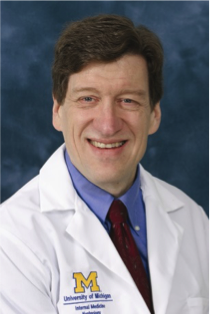 “The long-term effects of America’s obesity and diabetes epidemics means that millions more kidneys are at risk. So America urgently needs new approaches to stem the damage that diabetes inflicts on kidney cells,” says Brosius, who heads U-M’s Division of Nephrology and the Michigan Kidney Translational Core Center that helped support this work. “So does the world, as nations like China feel the effects of obesity and diabetes epidemics.”

The new trial results are the first step in determining if baricitinib or other drugs that act on the JAK-STAT system could fight these effects. But they also show promise of combining basic university research, which can uncover specific targets for precise-acting drugs, with drug compounds developed by pharmaceutical companies.

Even drugs left on the shelf years ago, or already in use for other diseases, could be tested for new uses based on research findings from teams like the U-M group.

The U-M Medical School’s Business Development team helped make the linkage between U-M and Lilly possible, and has brokered other agreements under which companies sponsor research by U-M teams to find specific targets for drugs. 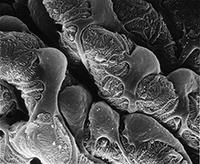 These tiny structures inside the kidney,
called glomerular filters, suffer damage
from diabetes and grow less effective at
filtering the blood.

The basic research was funded by the National Institutes of Health, the A. Alfred Taubman Medical Research Institute, the European Union and the Juvenile Diabetes Research Foundation International. This includes the development of a bank of diseased kidney tissue taken during patient biopsies, the creation of a “humanized” mouse model, and high-level computing resources.

Other faculty members at U-M are looking for pathways involved in other ways that diabetes damages organs and tissues – from nerves to eyes. The approach, called systems biology, combines detailed studies of biological processes with advanced computing to create a computer model of a disease.

“Not only does system biology works for finding new drug targets and repurposing drug compounds that already have been tested safely in humans. It can work quickly,” says Kretzler.