ANN ARBOR, Mich. — A new study finds that a simple reminder via electronic health record systems may go a long way in encouraging young women to get the HPV vaccine that protects against cervical cancer. 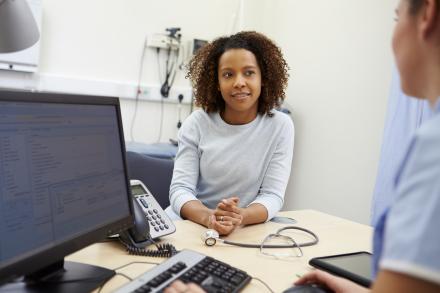 The findings appear this month in the Journal of American Board of Family Medicine.

“This age demographic often includes a group of patients that typically don’t go to the doctor as often as other groups unless they are ill,” says lead author Mack Ruffin IV, M.D., M.P.H., professor of family medicine at the U-M Medical School, researcher at the Comprehensive Cancer Center and member of the Institute for Healthcare Policy and Innovation.

“We found that simply alerting patients and providers during an office appointment increased uptake and completion of the HPV vaccine series. Our findings suggest that these prompts through the electronic health system may be a valuable tool in encouraging more people to protect themselves from cancer.” 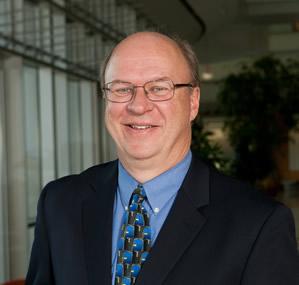 The HPV vaccine has the lowest completion rates of any other vaccine. Researchers compared data for 6,019 patients whose clinics had prompts set up and 9,096 without prompts. Patients in the first group were significantly more likely to complete the vaccine series in a timely manner.

Nearly all cervical cancers are caused by HPV (human papillomavirus) infections, the most common sexually transmitted disease. Nationally, participation rates for the HPV vaccine among adolescent women is dismally low, hovering around 30 percent. Nearly two-thirds of those who start the series of three shots never finish it.

Similar types of reminders have been done with other preventive services such as colon and breast cancer screenings and flu shots. However, Ruffin says the workflow and culture of individual clinics is also a critical factor when it comes to prompts influencing vaccine rates.

Ruffin also noted that in order for the vaccination to make a difference, 80 percent of the population needs to start and complete the vaccine series.

“We’re a long way away from achieving the HPV vaccination rates we’d like to see, but our findings potentially identify another valuable step in helping us get closer to our goal,” Ruffin says.