ANN ARBOR, Mich. — Today, 181 future health care leaders will graduate from the University of Michigan Medical School, one of the largest classes in the school’s history. 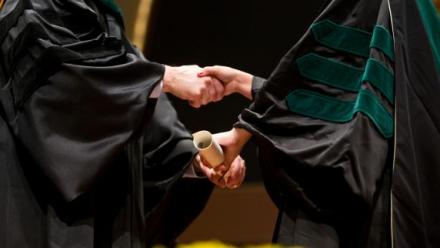 Among the members of the 165th graduating class are the first U-M medical graduates to pursue a specific concentration during all four years of their training, through the Paths of Excellence program launched in 2011.

All 16 of these students focused on global health and disparities, the inaugural Path. Each student gained a deep understanding of the field, and applied his or her experience in an engaged way in an underserved setting in the United States or a developing country.

The number of these concentrations open to U-M medical students continues to grow. This year’s entering class will have a wide choice, in areas ranging from ethics to health policy to scientific inquiry. The expansion of the Paths of Excellence is part of a broader curriculum transformation effort at the Medical School.

More than one in six of this year’s graduates also earned a second graduate degree while at U-M, whether a doctorate in biomedical science that can form the foundation for a research-driven medical career, or a master’s in public health, business or other field that will equip them to lead changes in clinical care, clinical research and policy.

Read about the unique UMMS diplomas,
which carry the signatures of all the
school’s department chairs

Just weeks after the members of the Class of 2015 receive their medical degrees on the stage of Hill Auditorium, they will embark on residencies to prepare them for their chosen area of medical practice. Nearly 47 percent of them will enter fields that could lead to a primary care career, and about a third will stay in the state of Michigan for this next phase of their training. 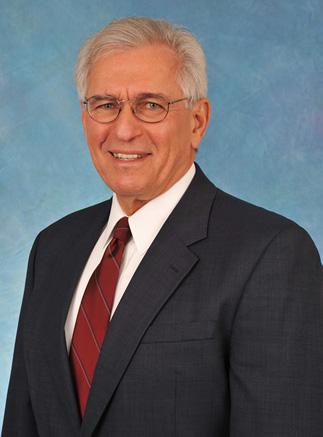 The 2015 graduates will be sent off on their journey by commencement speaker Nortin M. Hadler, M.D, a professor at the University of North Carolina who has been a leader in research on workplace injuries as well as an author and commentator on medicalization, overtreatment and the need to return to a patient-centered approach to health care reform.

More about the Paths of Excellence program 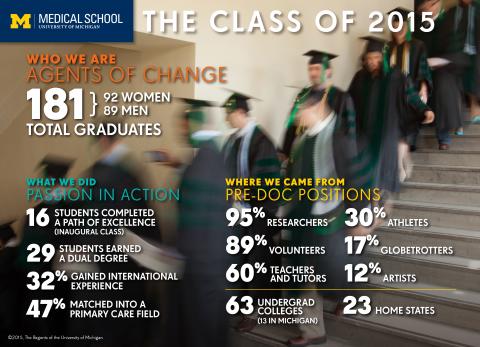