ANN ARBOR -- Three University of Michigan professors, including a Medical School professor who specializes in the history of medicine, are among 175 winners of the Guggenheim Fellowships, which are awarded annually for distinguished achievement in the past and exceptional promise for future accomplishment. 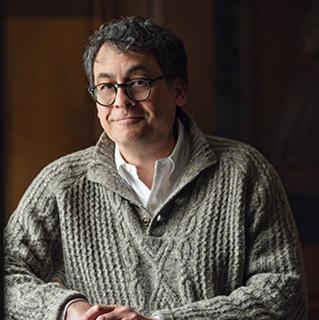 “The national competition for Guggenheim Fellowships is intense and we are proud that three of our faculty members are being recognized for their outstanding and innovative scholarly work,” said Provost Martha Pollack.  “Professors Gruber, Markel, and Pichersky are in very different fields and their selection is indicative of the strength and diversity of the research undertaken at the University.”

The John Simon Guggenheim Memorial Foundation awarded the fellowships from nearly 3,100 applicants.  This year’s winners include artists, scholars and scientists.

Markel says the Fellowship “is one of the signal honors in academic scholarship and creative enterprise.”

“I am both humbled and thrilled by this important award,” said Markel, who directs the Center for the History of Medicine at the U-M Medical School is also a member of the U-M Institute for Healthcare Policy and Innovation. In addition to his faculty appointments in the Medical School's departments of Pediatrics and Psychiatry, he has joint appointments in the U-M College of Literature, Science and the Arts, and the U-M School of Public Health.

He will have time to complete his book on the Kellogg brothers of Battle Creek, Mich. -- Dr. John Harvey Kellogg who invented the concept of “wellness” at his famed Battle Creek Sanitarium, and his younger brother, Will Kellogg, who co-invented Corn Flakes, which was initially a health food, and developed that product into a world famous cereal company.

“My book will explore the history of American medicine from the Civil War to World War II, the development of the modern medical center, medical education, and preventive medicine, the creation of food manufacturing, mass advertising and marketing, and a contentious relationship between two brothers who, literally, changed the world,” Markel noted.

Since its establishment in 1925, the Foundation has granted over $325 million in Fellowships to almost 18,000 individuals, among whom are scores of Nobel laureates and poets laureate, as well as winners of the Pulitzer Prize, Fields Medal, and other important, internationally recognized honors.

“It’s exciting to name 175 new Guggenheim Fellows. These artists and writers, scholars and scientists, represent the best of the best,” said Edward Hirsch, president of the Foundation.

For more about the other two U-M Guggenheim Fellows for 2015, visit ns.umich.edu

The full list of 2015 fellows is available at www.gf.org.